Trump assures Apple it is safe from tariffs 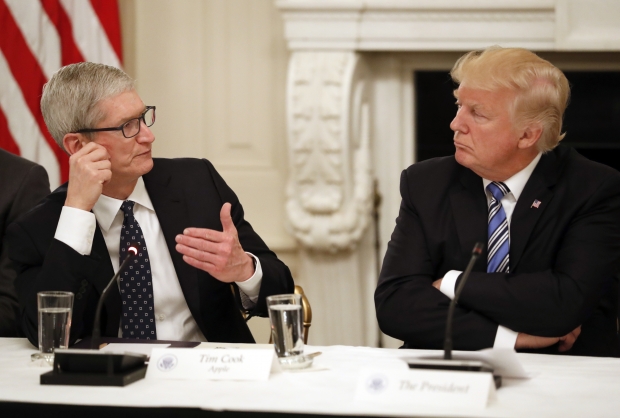 President Donald Trump told Apple Chief Executive Tim Cook that the US government would not levy tariffs on iPhones assembled in China.

According to Apple's unpaid press office, the New York Times, Cook travelled to the White House last month to warn Trump of the potentially adverse effects of Trump’s trade policies on Apple in China .

A list of tariffs proposed in April largely excluded consumer electronics. But last week, Trump unveiled a revised list that included several categories of chips, raising fears that tariffs could impact the US technology sector.

“Just about every major information and communication technology product was exempted”, one U.S. industry told Reuters. “They did target Made in China 2025, but with a caveat. They weren’t going to unduly harm the consumer.”

About $50 billion in tariffs are being targeted as an attempt to get Chinese officials to address intellectual property theft of US companies by Chinese companies. The list was created using a computer algorithm that chose products to hurt Chinese exporters while limiting the impact on US buyers.

Last modified on 19 June 2018
Rate this item
(0 votes)
Tagged under
More in this category: « Android users told to beware of Frankenstein virus Apple fined for bricking old iPhones down under »
back to top