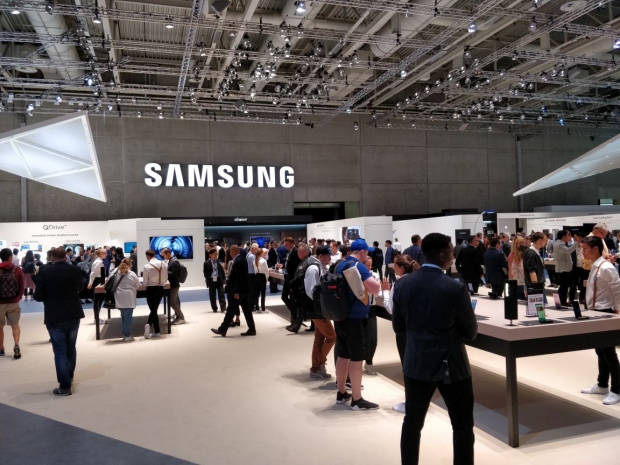 The chaps at XDA developers have got their hands on a Galaxy S9+ Android 9.0 / Pie ROM and found proof and the codenames for existing and future Galaxy S10 phones.

The firmware reveals four different codenames beyond 0, beyond 1, beyond 2 and beyond 2 5G. It doesn’t take a rocket scientist to decipher that the beyond 5G is a 5G NR version of the phone.

Beyond is obviously the main codename for the whole Galaxy S10 (Galaxy S X) generation while the numbers represent different versions. The number 0 is according to XDA developers, possibly at 5.8 smallest device with single camera, 1 5.8-inch phone with dual cameras and 2 is likely to be the largest variant, the so-called +. Since Apple launched three phones it is safe to assume that Samsung will launch three different sizes and price ranges too.

Ssrm_beyond2lte__XX again Exynos 7nm based Galaxy phone, most likely with a large screen 6.44 inch, in display fingerprint three rear and two front cameras while Ssrm_beyond2q5G__XX will pack a Snapdragon 855 and Snapdragon X50 5G NR modem. This is  probably the first Galaxy with 5G support targeting advanced markets who will go after 5G NR in 2019 such as the US, some parts of Europe, China and Korea to name but a few.

It won’t be that long to wait before we see the first Galaxy 10 phones as they are scheduled to launch in late Q1 2019, most likely at the Mobile World Congress 2019 in late February.

Last modified on 19 September 2018
Rate this item
(0 votes)
Tagged under
More in this category: « Round two between Apple and Qualcomm kicks off Qualcomm Snapdragon PC is not an overclocked 855 »
back to top