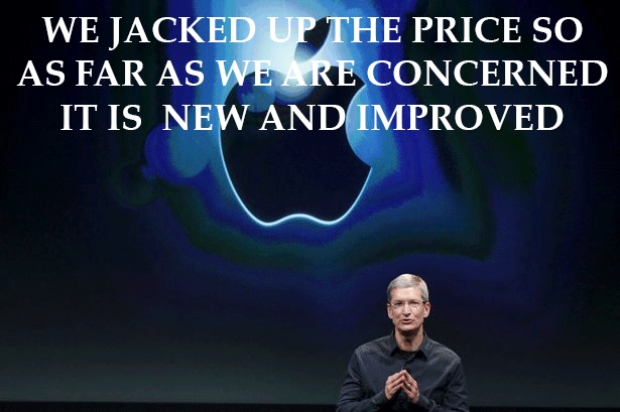 New iPhone's only cost an extra $20 to make

Teardowns and cost outfit  IHS Markit has completed its preliminary physical review of the new iPhone XS Max and said that it comes with a bill of materials of US$390 – just $20 higher than the BOM for the iPhone X.

Wayne Lam, principal analyst for mobile devices and networks at IHS Markit, said the  iPhone XS Max represents an 's-year upgrade' whereby the physical smartphone design remains relatively unchanged from the previous iPhone X version released in 2017, but most of the core components have been upgraded.

"For example, SDRAM increased from 3GB last year to 4GB this year, the A12 applications processor features the latest 7-nanometer manufacturing by TSMC, and additional LTE band support has been added to the gigabit LTE radio-frequency front-end design."

The iPhone XS Max includes a new 6.5-inch OLED display supplied by Samsung Display. LG Display is a secondary supplier to Apple for this particular display, IHS noted. The overall touchscreen display cost of $120 is similar to the iPhone X 5.8-inch display pricing. This price point indicates that there has been some non-trivial price erosion of the OLED displays between last year's 5.8-inch OLED display and this year's 5.8-inch version, which Apple apparently did not pass on to consumers, IHS said.

New this year is the 120Hz refresh rate for the touch overlay in both OLED display models, which is twice as fast as the refresh rates on all previous iPhones. "Higher touchscreen-refresh rate is a new theme in the display improvement that all three new iPhones share", Lam continued. "Faster refresh rates ultimately improve user experience, as interactions with the display appear snappier and smoother."

As expected, Intel took the sole modem slot for the iPhone XS Max and XS update, IHS said. "Moving to a single modem supplier simplifies SKU management, and the addition of eSIM will make switching between carriers easier", he said.

Clearly visible on the stainless-steel frame are antenna segmentations forming four discrete antennae, which serve as the basis of the 4x4 MIMO LTE radio, IHS said. The two smaller antenna segments correspond to the mid-to-high LTE frequencies, and they are situated at opposite corners of the smartphone in order to maximize spatial diversity. For low anchor LTE frequency use, the primary Rx/Tx antenna on the bottom, and the diversity antenna arranged in 2x2 format on top, are the same as in previous iPhone designs. This dual use of the stainless-steel antenna structure is unique to Apple, as most other gigabit LTE phones rely on patch antennas behind the rear glass to add additional LTE antennas. By virtue of this design, Apple was able to simplify the RFFE complexity and cut down on extra antenna components needed to support gigabit LTE.

Last modified on 28 September 2018
Rate this item
(0 votes)
Tagged under
More in this category: « New iPhones have poor battery life Microsoft rolls out new Surface devices in NYC »
back to top