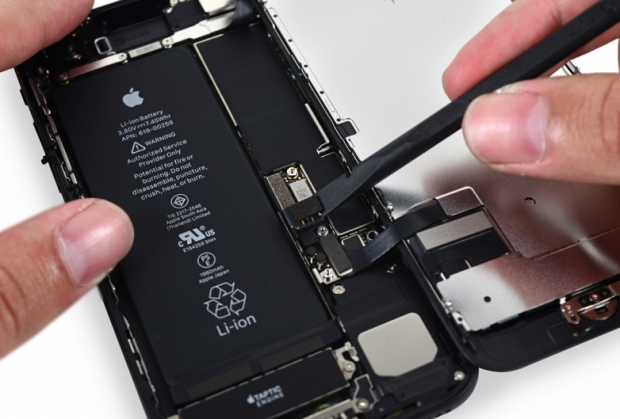 Throttlegate had a big impact

Apple may have had to replace as many as 11 million iPhone batteries under its heavily discounted $29 replacement programme.

The Tame Apple Press said that the figure was heresy because REAL Apple fans do not replace batteries they buy the latest available phone every year.

So if 11 million people replaced their iPhone’s battery for $29 rather than spending $1,000 on a new iPhone, that would roughly equate to $11 billion in lost revenue.

But the real story here is that the discounted pricing for battery replacements was offered in light of the iPhone throttling scandal, which saw Apple degrade the performance of older phones to compensate for their ageing batteries.

After a considerable outcry when the hidden “feature” was discovered, Apple announced it would attempt to make up for its poor communication by offering cheaper replacement batteries for a year.

New batteries would remove the need to throttle older devices that were at risk of crashing when under intense loads.

At the time it was thought that a small number of people would need a new battery, but it looks like the numbers were substantially higher.

This could have had a knock-on effect on users’ minds. Having upgraded their battery, they released that they did not need a new phone this year.

In the first earnings call after the reduced pricing was announced (transcribed by Six Colors), one financial analyst asked whether consumers’ increased awareness that they could replace their batteries rather than upgrade their phones should be a concern for investors.

Cook said that “upgrade rates” did not factor into the decision to reduce the price of replacement batteries.

“We did not consider it in any way, shape, or form what it would do to upgrade rates. We did it because we thought it was the right thing to do for our customers. And sitting here today, I don’t know what effect it will have. And again, it was not in our thought process of deciding to do what we’ve done.”

Writing in his Monday Note column, former Apple executive Jean-Louis Gassée pointed out that Apple’s revenue growth dropped from 30 percent to just two percent between the iPhone 6 and 6S release years. The more incremental changes made to the 6S device enticed far fewer people to upgrade, and the same thing is thought to have happened between the iPhone X and the XS.

Still it is not all bad - Apple would have made around $319 million in revenue from battery replacements alone. It also means 11 million people paying for Apple services instead of switching to Android devices.