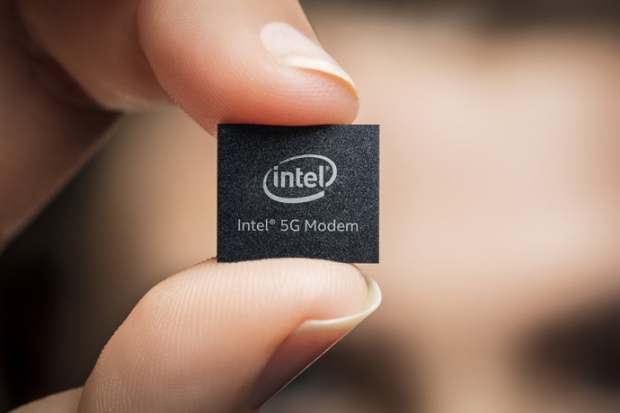 Intel is in the middle of quite a nasty fight where the Federal Trade commission in USA attacked Qualcomm for its business and licensing strategy. Aicha Evans, an EVP and general manager of mobile, who left Intel days after testimony confirmed that even in 2018, Intel's modem business unit was not profitable.

During the trial Aicha Evans testified about the margins Intel expected to have a product deemed successful.

"You are satisfied with 45 to -- 40 to 50 percent margin, understanding that sometimes it's higher. That's why I used the word "satisfied." Sometimes it's lower but that's a good balance."

Fortune reminded us that in April 2016 Aicha decided to stay at Intel, after Bryan Krzanich, the CEO at the time, personally convinced her.  Conveniently, Apple announced iPhone 7 with Intel for European customers later that year.

Intel’s modem at the time still didn’t have  CDMA, but Intel acquired VIA for that purpose and worked hard to add CDMA. Qualcomm’s cross questioning at the FTC revealed that Aicha Evans even confirmed that in 2015 Intel considered itself two years behind Qualcomm. Our numerous articles were claiming that Intel is behind modem development as according to Aicha it is very expensive, and it is hard and expensive to pay engineers working on these products.

The Fortune article from April 2016 claims that Intel lost $7 billion in 2013 and 2014 before being rolled into the larger client computing group in 2015. After that it was hard or impossible to track the losses.

Intel did know - it seems that in 2013  it would get some important business and talked with Apple and conducted trials over and over again. This is nothing unusual, this is called long term strategy and at that time Intel tried to convince phone manufacturers to use its Atom based SoCs for phones. That didn’t go well, as ARM based architecture prevailed. As soon as Apple decided to do dual sourcing, intel found its place in Apple phones and in 2018 captured all the modem business.

Forget 2013 and 2014 and even 2015 where Intel already lost billions of dollars in catching up and acquiring both Infineon earlier and VIA in 2015 for CDMA.

Back to the bombastic part. A lawyer asked Aicha: "So when Intel first won Apple's business for the 2016 product, was Intel meeting those margin targets at Apple?”

She answered "no". He asked Aicha the same question for 2017 and again got no for an answer. Even when it was asked if Intel ever made it to these comfortable 40 to 50 percent margins, let’s say 45 percent margins, she replied "not yet".

When asked whether Intel's supply of modem chips to Apple had been profitable up to this point,  her answer was again no.

This is not unheard of, but Intel knew that its modem investment would pay off eventually. Intel has one customer, an incredibly big one called Apple and it struggles to make money as Apple wants to squeeze every cent off the bill of materials cost to please its shareholders. This is what the fight with Qualcomm is all about.

Qualcomm, on the other hand, has hundreds of chipset and modem customers. With design wins combined over the years, the company probably gets easily to a four-digit number of each year. Apple sells 45ish million phones per quarter and this is what Intel can hope to get with 2018 phones and in the future.

Apple will likely make its own modem putting Intel’s billions probably 10s of billions of dollars investment in modem to dust in the years to come. Intel being a smart technology company, as Aicha testified wanted the modem for its whole portfolio. There is no edge computing, 5G in cars and IoT without cutting out the wires and Intel knew that when it acquired Infineon in 2013 and VIA in 2015.

IDC states that in Q3 2018 the total amount of smartphones shipped was 355.6 million units. Apple sold 46.9 million iPhones while Huawei sold 52 million units and Samsung sold close to 72 million phones in the same period. Both Samsung and Huawei use a lot of Qualcomm chips and modems.

Now it becomes interesting, Xiaomi and Oppo are number four and five vendor in the world with 9.5 and 8.4 percent respectively. This ends up at close to 33.78 million phones for Xiaomi and just short of 30 million for Oppo. Xiaomi and Oppo use Qualcomm almost religiously and most of the chipsets they sell with their phones use Qualcomm SoC including the modem.

Intel has spent billions of dollars to please one customer and according to Aicha it still isn’t profitable, with some indication that this business unit might start making some money to the company soon. Intel won 100 percent of Apple’s phone business and it is unlikely it will win with any other vendor. So if it cannot make money with this, it is hard to see that it ever will.

Using Intel modem in more than just Apple phones has to be the bigger picture but Intel automotive won the BMW contract while a lot of other big names went to the competition. The PC 5G market is not even out of its diapers but we see Intel playing in always connected market probably by early 2020 and the next generation refresh, as long as it can make its 5G modem ready and Apple lets it sell it to other people.

FTC to help China and Korea companies to lead in 5G

So far FTC used Huawei, that its own government is suing and perusing on various counts as a witness, Intel which has been accused of monopoly in the PC market and still is dominates everyone in that field. It is hard to imagine that the FTC's motivation is to help Intel become even bigger and hurt another US player, Qualcomm, but Huawei from China and Samsung from Korea might be the big winners of the trial as crippling Qualcomm helps other people  in the race for 5G. We just named the two biggest as Taiwan based MediaTek is limping in the background.

Now for the best part, less than a week after its testimony on the January 14th Aicha Evans went to Zoox - an automotive self driving startup, to work as the CEO leaving others in  Intel’s modem mess and miasma.

Last modified on 30 January 2019
Rate this item
(0 votes)
Tagged under
More in this category: « iPhone lets fanboys eavesdrop Apple was warned about huge security bug »
back to top