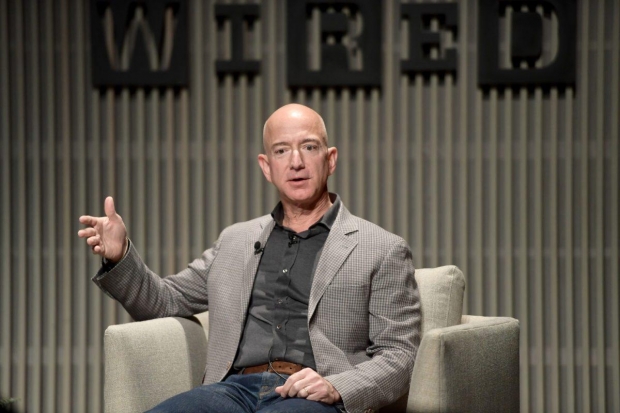 The security chief for Amazon chief executive Jeff Bezos said on Saturday that the Saudi government had access to Bezos' phone and gained private information from it.

Last month, Bezos accused the newspaper’s owner of trying to blackmail him with the threat of publishing “intimate photos” he sent to Sanchez unless he said in public that the tabloid’s reporting on him was not politically motivated.

In an article for The Daily Beast website, De Becker said the parent company of the National Enquirer, American Media Inc., had privately demanded that De Becker deny finding any evidence of “electronic eavesdropping or hacking in their newsgathering process”.

“Our investigators and several experts concluded with high confidence that the Saudis had access to Bezos’ phone, and gained private information”, De Becker wrote. “As of today, it is unclear to what degree, if any, AMI was aware of the details.”

A spokesman for the Saudi embassy in Washington did not immediately return a request for comment. In February, the kingdom’s minister of state for foreign affairs said Saudi

Arabia had “absolutely nothing to do” with the National Enquirer’s reporting on the affair.

De Becker has turned over his investigation's results to US federal officials, then published today's essay warning the National Enquirer and its chairman have "evolved into trying to strong-arm an American citizen whom that country's leadership wanted to be harmed compromised, and silenced".

He thinks Saudi Arabia did it  in response to the "relentless" coverage by the Washington Post - which Bezos owns - of the murder of Saudi Arabian journalist and dissident Jamal Khashoggi who was hacked to death in a Saudi embassy.

Last modified on 01 April 2019
Rate this item
(0 votes)
Tagged under
More in this category: « Samsung Galaxy S10 5G is very expensive Apple lower prices in China again »
back to top