Samsung officially unveils the Galaxy A80 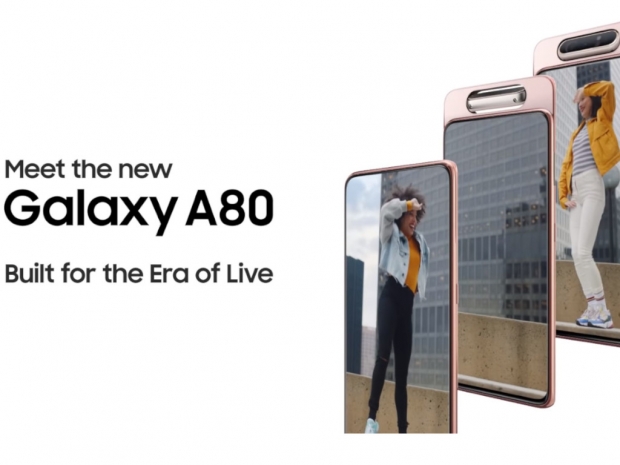 Samsung has unveiled its complete new Galaxy A-series smartphone lineup with Galaxy A80 as the flagship. The Galaxy A80 will come with a unique pop-up and rotating camera system which doubles up as both the main and selfie one.

Due to such design, which Samsung calls the "New Infinity", the Galaxy A80 does not come with a notch or a punch hole on its big 6.7-inch Super AMOLED screen with tight bezels and 2400x1080 resolution. It also implemented an under-display fingerprint sensor so you are left with only a big screen at the front.

The triple camera system includes a 48-megapixel module with an f/2.0 lens, an 8-megapixel ultra-wide module, and a 3D ToF sensor module. As the camera system rotates, the Galaxy A80 is likely to take some of the best selfie shots on the market.

Hardware-wise, Samsung had to keep the price in check and differentiate it from the new Galaxy S10 series lineup, so the Galaxy A80 comes with Qualcomm's octa-core Snapdragon 730 SoC, with dual-core 2.2GHz Kryo 460 and hexa-core 1.7GHz Kryo 460 clusters, paired up with Adreno 618 GPU, 8GB of RAM and 128GB of internal storage. It also comes with a 3700mAh battery and fast 25W charger.

The Galaxy A80 will be available on May 29th in Phantom Black, Angel Gold, and Ghost White color options. We are still waiting for the company to unveil the official price, but considering that the Galaxy A70 is coming on April 26th with a price of €419, you can expect the Galaxy A80 to easily hit €600+. 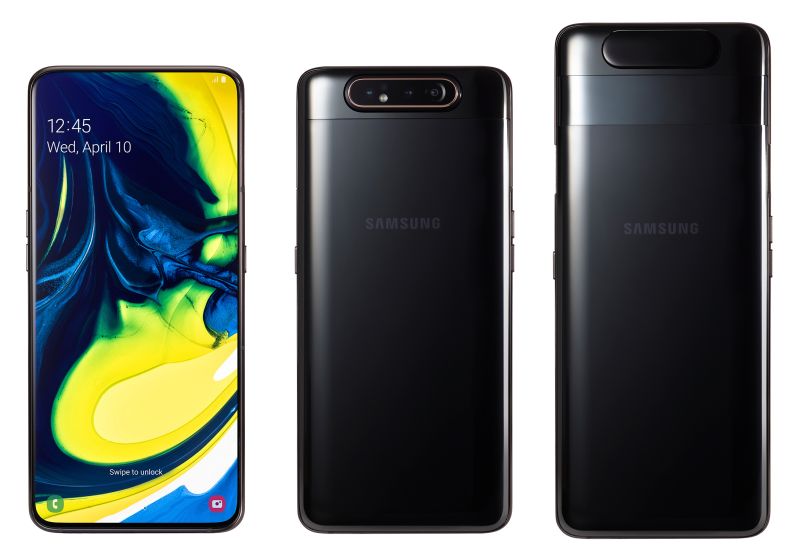 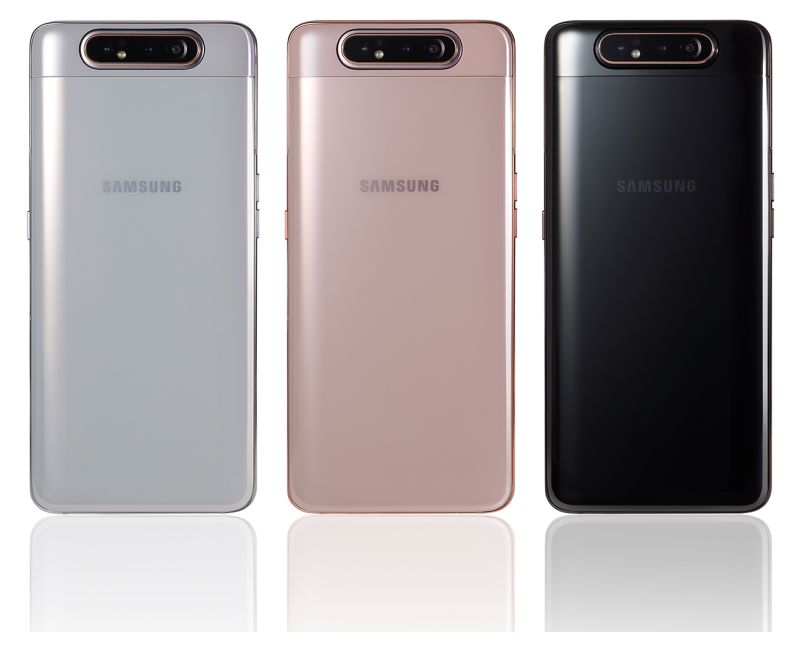 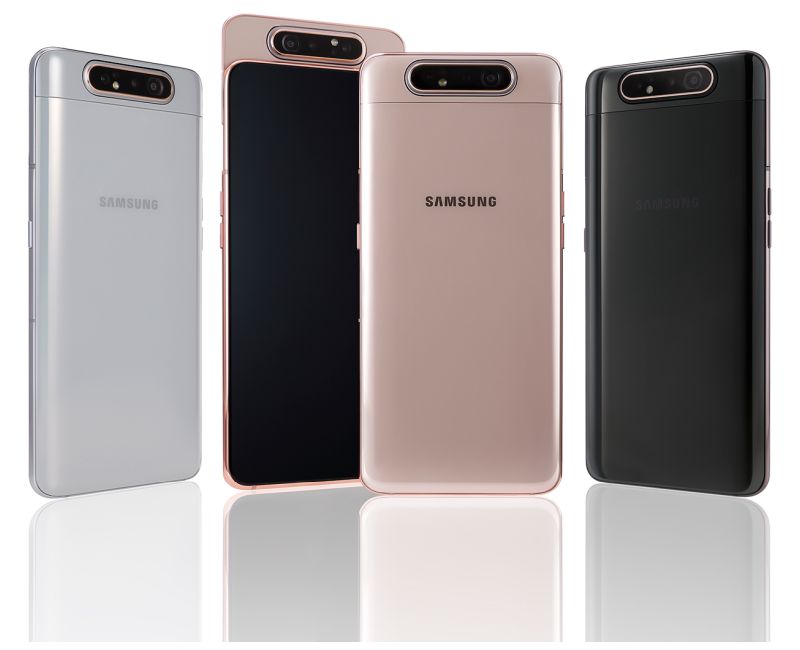 Last modified on 11 April 2019
Rate this item
(0 votes)
Tagged under
More in this category: « 5G getting too pricy Hey, Siri, why are Apple sales falling? »
back to top