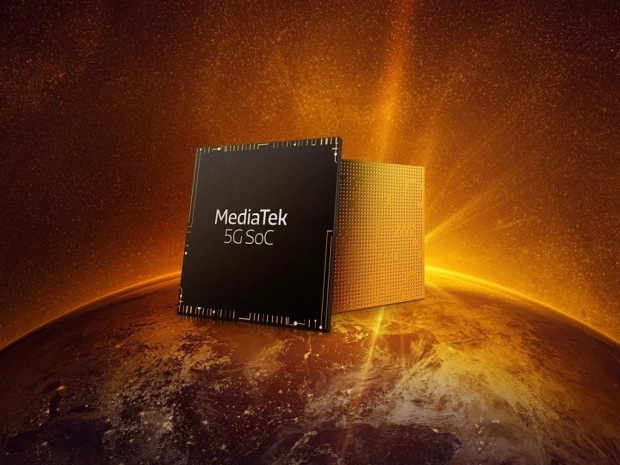 Mediatek has made quite a surprising announcement as its new SoC will be the first to use ARM's new SOC design with Cortex-A77 CPU cores and Mali-G77 GPU, as well as an integrated 5G modem.

The SoC, which does not even have an official product name, will be based on TSMC's 7nm FinFET manufacturing process and actually uses ARM's Cortex-A77 CPU and Mali-G77 GPU, announced just a few days ago.

In addition to the up-to-date CPU and GPU, the new SoC will also pack Mediatek's own APU as well as an integrated Helio M70 5G modem with 2x carrier aggregation and a peak throughput of 4.7Gbps download, 2.5Gbps upload in the sub-6GHz spectrum (no mmWave here).

The rest of the known features also include 4K video encode/decode at 60fps and super high-resolution camera support with up to 80MP.

The announcement is a big surprise as ARM is targetting premium smartphones with this design, something that Mediatek is not known for, and we do not expect to see any smartphones based on the new design before early 2020. Even Mediatek states it will get samples in Q3 2019. 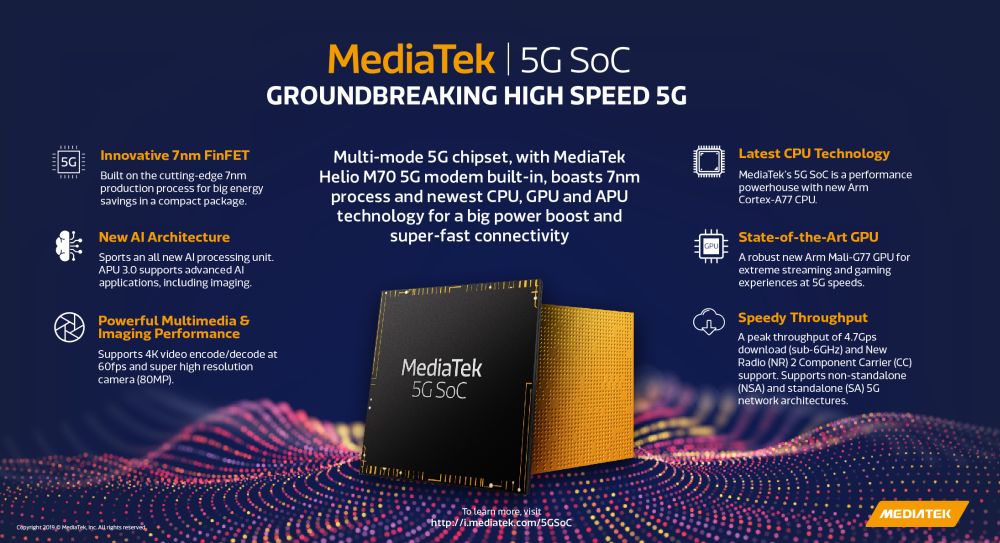 Last modified on 30 May 2019
Rate this item
(1 Vote)
Tagged under
More in this category: « Dell updates its XPS 13 2-in-1 convertible laptop Motorola brings back the headphone jack »
back to top