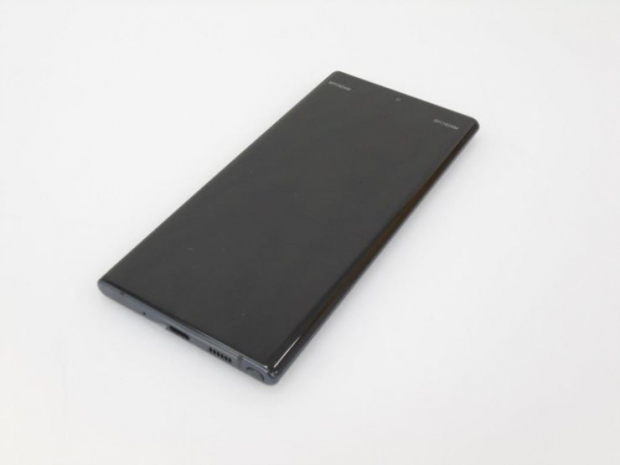 Samsung has been one of the only large smartphone manufacturers to insist on keeping the headphone jack in its flagship phones. But that is about to come to an end with the Galaxy Note 10.

Snaps of the new flagship were accidentally leaked by the US FCC showing both the bottom and top of the phone and there's no headphone jack.

Samsung has every right to be hacked off with the FCC which would never dream of leaking pictures of an Apple phone. Samsung followed the usual protocols in requesting confidentiality for external photos of the Note 10 test device and yet for some reason the US watchdog released them.

There are two different models at the FCC, but neither includes 5G. It looks like Samsung will produce a standalone 5G model which has not been sent to the FCC yet.

The headphone jack is gone, a triple-camera system on the back,  a sensor positioned under the flash, which could be the same 3D time-of-flight depth sensor that Samsung included in the Galaxy S10 5G.

The Note is usually where the company throws in everything it can, so it makes sense for it to carry over everything from the top-tier S10 model. The centre-aligned front camera cutout is also faintly visible in one shot.

We expect Samsung to formally announce the Note 7 at a 7 August Unpacked event in Brooklyn, New York.