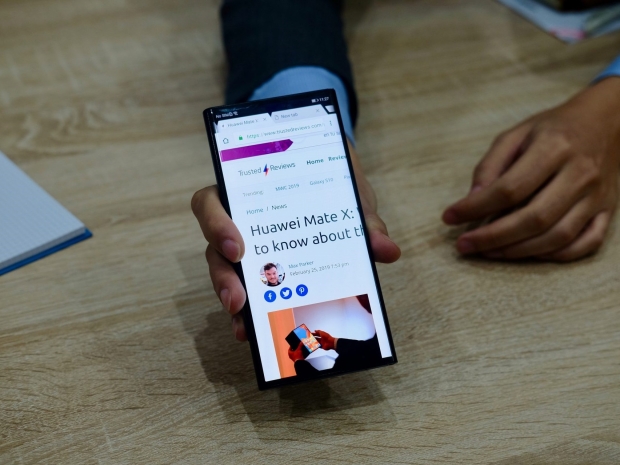 Huawei launched its foldable 5G Mate X smartphone and started pre-sales for the device in China.

Huawei announced the smartphone’s launch on its official Weibo account.

The foldable 5G Mate X was originally set for a June launch but Huawei later delayed the launch, saying that it was running certification tests with various carriers.

The phone has a hinge which transforms it from a phone with 6.6-inch and 6.38-inch screens on either side into a full 8-inch Android tablet. It has a Kirin 990 chip under the bonnet.

The device uses a design significantly different to Samsung’s Galaxy Fold, which appears to fold into a thinner form factor than the Fold.

Last modified on 23 October 2019
Rate this item
(0 votes)
Tagged under
More in this category: « Apple cocks up the time again ARM releases new NPU, GPU and DPU products »
back to top