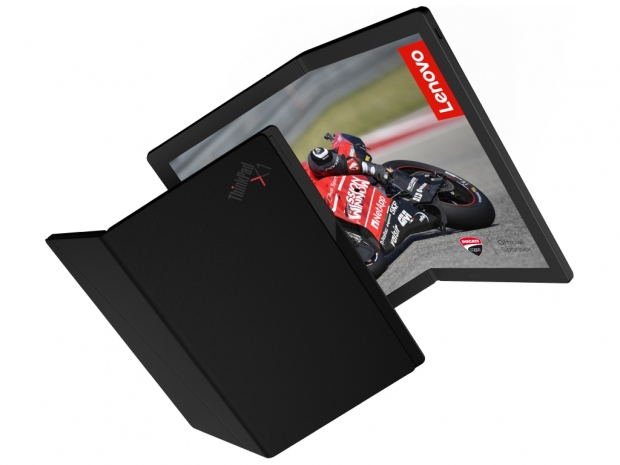 Although Microsoft already said such devices are coming next year, it appears that Lenovo might beat everyone to the market with its own ThinkPad X1, which is scheduled to launch in Q2 next year, at least if all goes well on the software side.

Speaking to The Register at the Canalys Channels Forum, Lenovo's chief operating officer, Gianfranco Lanci, said that they expect the ThinkPad X1 to start shipping in Q2 next year.

Lanci also added that the "hardware is ready but we need to still fix certain things from a software point of view and that doesn't depend 100 per cent on us."

To make things even more interesting, Lenovo's Milanka Muecke, director of global commercial communications and brand, had the 13-inch device in her purse, showing how easily it fits and bends right there on the stage.

Back when it was announced in May this year, Lenovo revealed some specifications for the device, including a 13.3-inch LG-made OLED screen with 2K resolution, which adds up to two 9.6-inch ones when folded, thanks to unique torque hinge. The device will run on Windows OS, and all points to the Windows 10X, introduced by Microsoft earlier this month and made specifically for such 2-in-1 and dual-screen foldable devices.

Lenovo might beat other makers to the market with its foldable ThinkPad X1 as we know that Microsoft's own Surface Neo is coming in Fall 2020, but, on the other hand, Microsoft did confirm that other laptop makers are in the game as well, including Dell and HP, which might just be hiding their foldable dual-screen ace deep up their sleeve.