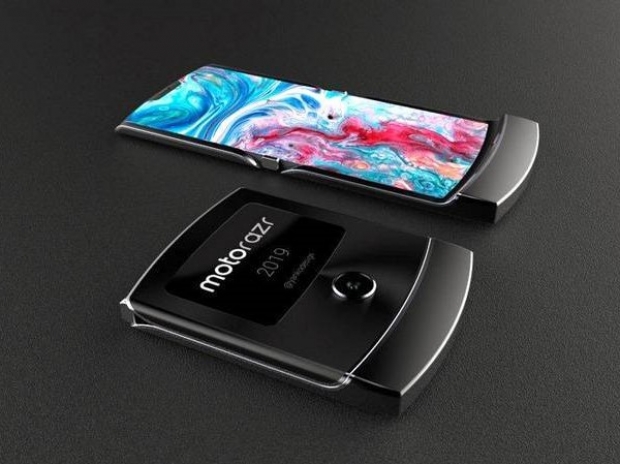 Motorola has officially announced the successor to the Motorola Razr which keeps the same general form factor of its icon past but replaces the T9 keypad and small LCD with a 6.2-inch foldable plastic OLED panel and Android 9 Pie.

So what is the difference from the 40 quid version you could pick up at the supermarket in early 2000?  It turns a modern conventional-sized smartphone into something much smaller and more pocketable.

It has a 6.2-inch 21:9 plastic OLED panel that folds in half along the horizontal axis. Unfolded, it's not dramatically bigger than any other modern phone, and the extra height is something that the Android interface and apps adapt to far better than a tablet-size screen. The screen does have a notch on top for a speaker and camera and a curved edge on the bottom, which takes a bit of getting used to, but after a minute or two, you barely notice it.

There's also a second, 2.7-inch glass-covered OLED display on the outside that Motorola calls the Quick View display. It can show notifications, music controls, and even a selfie camera mode to take advantage of the better main camera. Motorola is working with Google to let apps seamlessly transition from the front display to the main one.

Aside from the mid-range specs, like the Snapdragon 710 processor and "lacklustre" 16-megapixel camera, seasoned reviewers appear to really like the nostalgic look and feel of the device.