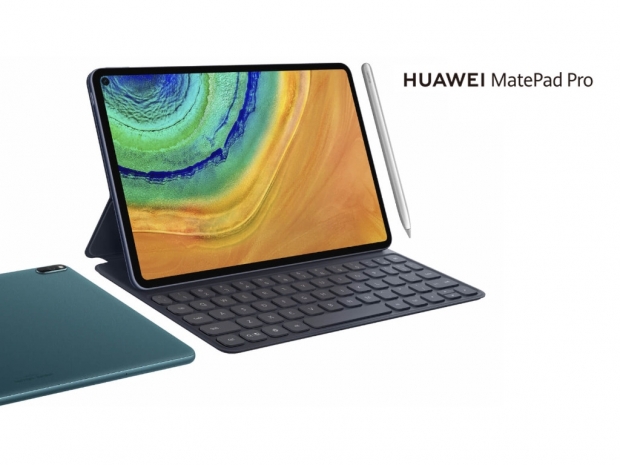 Earlier this week Huawei unveiled a rather interesting tablet that can be considered as a direct competitor to Apple's iPad Pro, the 10.8-inch MatePad Pro with Kirin 990 SoC.

The screen has a punch-hole for the front 8-megapixel camera, offers DCI-P3 color gamut, and 540nit of maximum brightness.

The MatePad Pro also comes with a rear placed 13-megapixel camera, has four four-channel speakers placed in each of the corners, and an array of five microphones. It comes with a 7250mAh battery that should keep it alive for around 11 hours and supports 40W wired, as well as 15W wireless and 7.5W reverse wireless charging. It uses USB 3.1 Type-C plug, has 802.11ac dual-band WiFi and Bluetooth 5.1, and also has LTE support, on the LTE version of course.

It runs on Android 10 OS with EMUI 10 on top of it, and as it still lacks Google Mobile Services, unfortunately.

It wouldn't be a premium tablet if it does not come with some accessories, so Huawei also has an integrated 260g heavy smart magnetic keyboard with 1.3mm key travel, as well as the new M-Pencil with wireless charging, low 20ms latency, and 4096 levels of pressure sensitivity.

The Huawei MatePad Pro will come in Danxia Orange, Fritillary White, Aoyama Dai, and Night Ash color options, and will be available in China from December 12th. The price starts at CNY 3,299 ($470) for the 6GB/128GB Wi-Fi-only version, while LTE 6GB/128GB version starts at CNY 3,799 ($540). Unfortunately, Huawei did not provide any details regarding international availability. 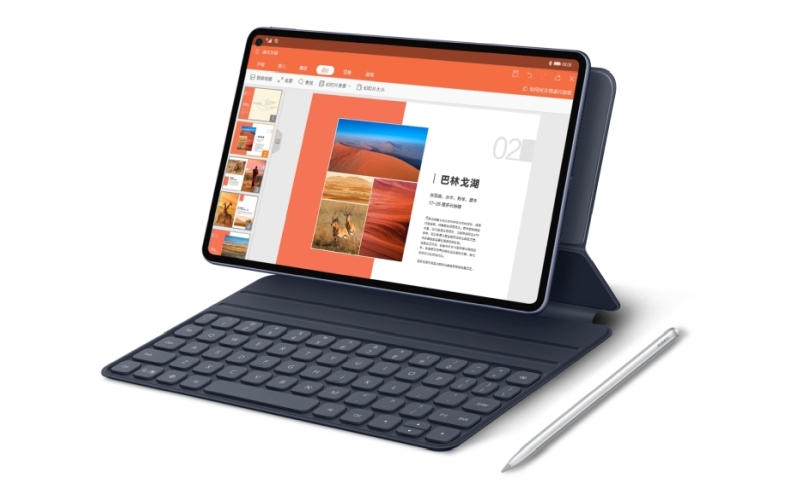 Last modified on 27 November 2019
Rate this item
(5 votes)
Tagged under
More in this category: « Honor unveils its MagicWatch 2 smartwatch Huawei unveils its new MateBook D14 and D15 laptops »
back to top