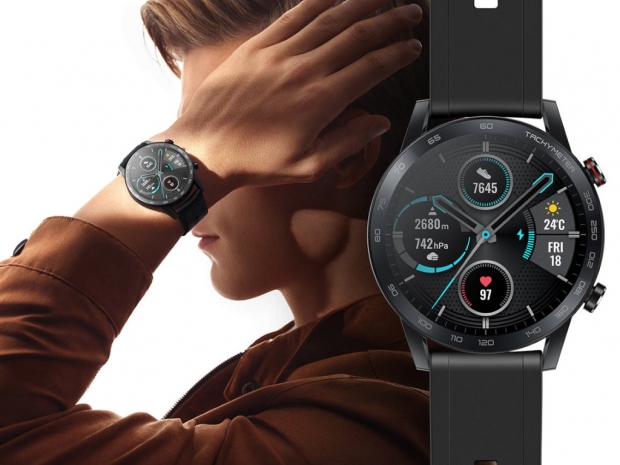 Same Kirin A1 chipset and a 14-day battery life

Honor has unveiled the new MagicWatch 2, a Kirin A1-based smartwatch that will be available in two sizes, 46mm and 42mm, and focus on fitness.

As noted, the Honor MagicWatch 2 is quite similar to the previously unveiled Huawei Watch GT 2, as it uses the same Kirin A1 SoC, and a good battery life of 14-days, at least for the 46mm version. The 42mm version will last for up to a week. The SoC is paired with 4GB of storage, with 2GB available to store music, or up to 500 songs, according to Honor.

Both versions are made of 361L stainless steel and will come with a 1.39-inch or 1.2-inch screen, depending on the size. Both screens are AMOLED panel ones with 326ppi of pixel density, which means 454x454 resolution for the 46mm and 390x390 resolution for the 42mm version.

The 46mm version, weighing in at 41g, will be available in Charcoal Black and Flax Brown color options, while the 42mm will come in Agate Black, as well as Sakura Gold.

Big focus on fitness with 15 modes

There are plenty of built-in apps, like Weather, Alarm, Timer, Find My Phone, and supports notifications push from SMS messages, emails, calendar, at least when it is connected to the phone.

According to Honor, the new MagicWatch 2 will be available in Czech, Egypt, Finland, France, German, India, Indonesia, Italy, Malaysia, Netherlands, Poland, Russia, Saudi Arabia, Singapore, Spain, Thailand, The Philippines, Turkey, Ukraine, United Arab Emirates and The United Kingdom as of December 12th, with a price starting at $170/€189/CNY1,199 for the 46mm version and $155/€179/CNY1,099 for the 42mm version. 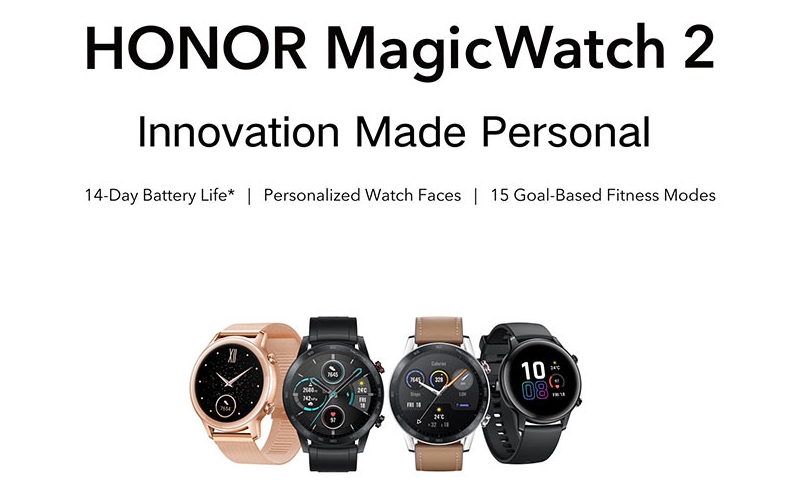 Last modified on 26 November 2019
Rate this item
(0 votes)
Tagged under
More in this category: « Google wants to use the Linux kernel Huawei has iPad Pro answer with 10.8-inch MatePad Pro »
back to top