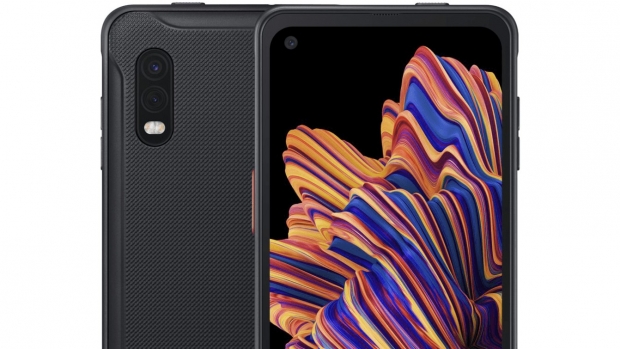 For those who didn't notice, while it is possible to find a few low-end phones with a removable battery, mid-range phones have not had the feature for ages.

According to Ars Technica, this would be the highest-end removable-battery phone on the market., Samsung's Nordic division posted a CES press release that detailed the never-before-seen XCover Pro, complete with specs and pictures, alongside several other previously announced phones.

A later update scrubbed all mention of the XCover from the press release. The release said the phone would be for sale in Finland on January 31 for $554, but since the release was pulled, it's unclear if that is still right.

Samsung Nordic listed the phone with a Samsung Exynos 9611 SoC, an eight-core, 10nm chip with four Cortex A73 cores and four Cortex A53 cores. This would make it a mid-range phone on par with the "Galaxy A" series. The phone has 4GB of RAM, 64GB of storage that's expandable thanks to a microSD slot, and that sweet 4050mAh removable battery.

The display design is... interesting. The display is a 6.3-inch 2400x1000 LCD, which is strange, as most Samsung phones use the company's OLED panels.

Like most modern Samsung phones, this device also has a circular cutout in the display for the camera, and while this makes sense on devices with slim top bezels, the XCover's top bezel seems like it would have had plenty of room for a camera. As far as the "rugged" features go, the device features an IP69 water- and dust-resistance rating. There's also a push-to-talk button, side-mounted fingerprint sensor, two rear cameras (25MP + 8MP sensors), and a 13MP front sensor. Strangely, it appears to be running Android 9 Pie instead of the newer Android 10 OS.

Last modified on 10 January 2020
Rate this item
(0 votes)
Tagged under
More in this category: « Samsung Galaxy S20 might end up with 120Hz screen LG says its phones aren't going away »
back to top