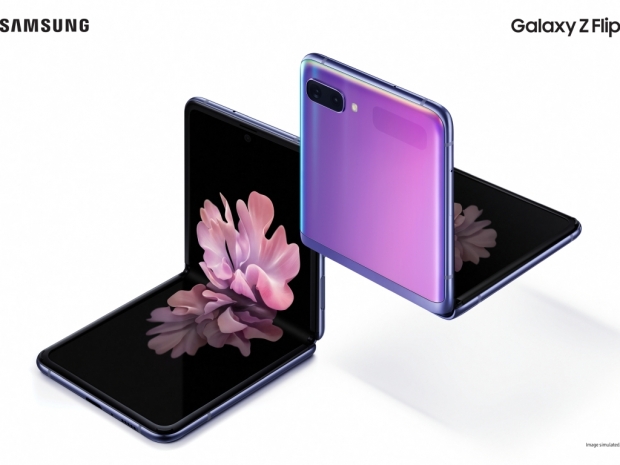 In addition to the Galaxy S20 series smartphones, Samsung unveiled its second bendable smartphone, the Galaxy Z Flip. Unlike the Galaxy Fold, this one follows the standard clamshell design and folds into a much smaller smartphone.

A big part of the Samsung Galaxy Z Flip presentation was focused on the screen and the fact that it uses an Ultra Thin Glass (UTG) layer on top of it, which should make it much more resistant to wear and tear. The main screen, which Samsung calls Infinity Flex Display, is a 6.7-inch, 22:9 aspect ratio, Dynamic AMOLED screen with 2636x1080 resolution. With that size, it ends up with a 425 ppi pixel density.

With that screen, Samsung obviously has an upper hand when compared to the Motorola Razr, and we only hope that it is more durable as Motorola only managed to do about 27,000 folds in CNET's benchmark, which is far behind 120,000 that Galaxy Fold managed to do.

There is also a 1.1-inch Super AMOLED secondary screen with 300x112 resolution which is used for notifications. 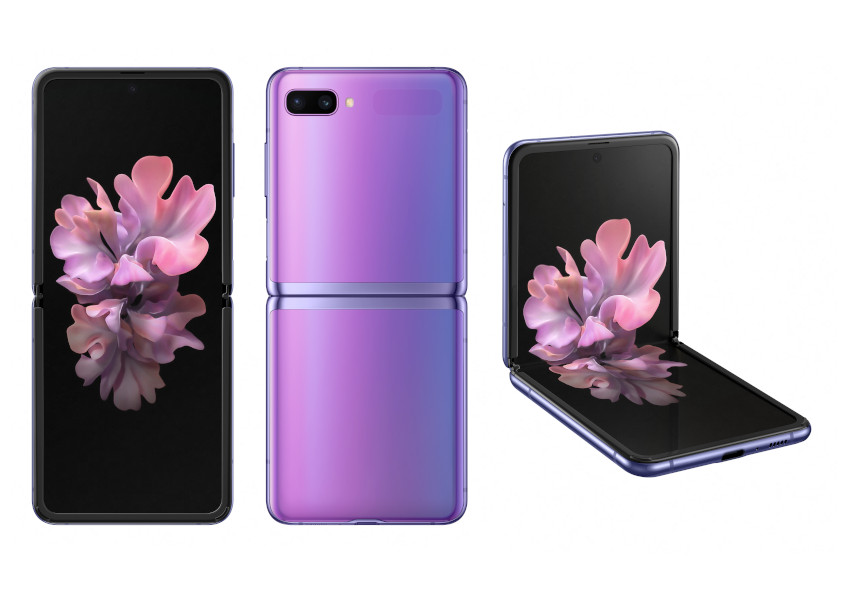 A special hinge allows it to stay open at any angle

Samsung was also keen to note that the Galaxy Z Flip comes with a special hinge allowing it to stay open at multiple angles, allowing you to use it in special Flex mode, which is a custom-built thing where the display automatically splits into two 4-inch screens so you can easily view images, contents or videos on the top half of the display, and control them on the bottom half, for example. 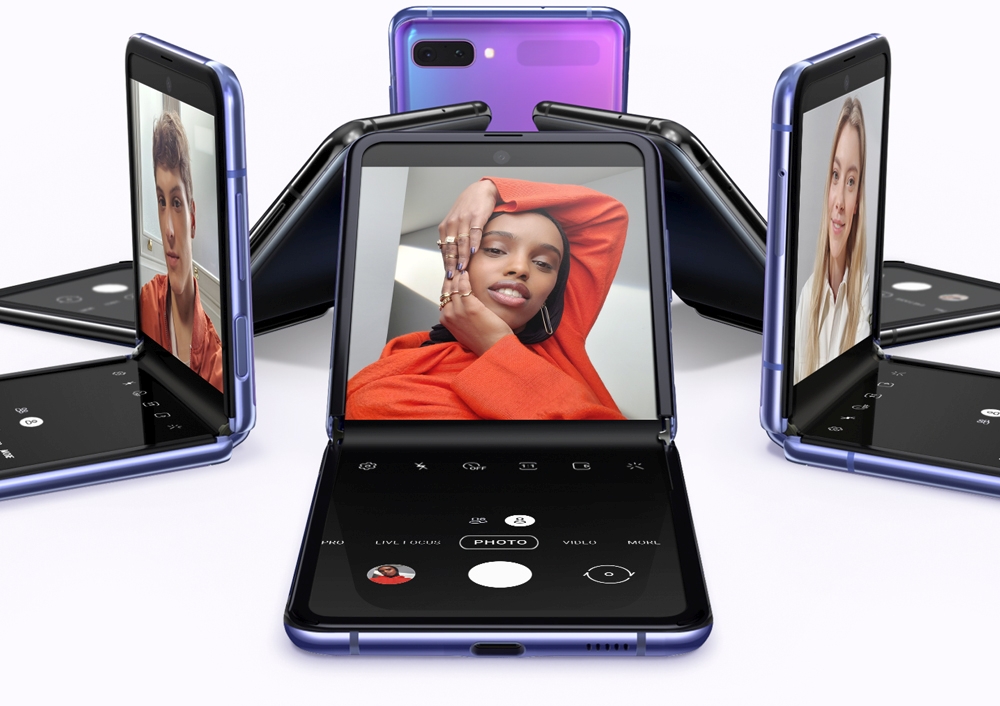 Not the high-end hardware we hoped for

Despite the steep price, Samsung did not use the latest and high-end hardware on the Galaxy Z Flip, as it comes with Qualcomm's Snapdragon 855+ SoC, 8GB of RAM, and 265GB of UFS 3.0 storage.

It even lacks in the camera department, as you get a front 10-megapixel 1.22µm sensor with f/2.4 aperture, 26mm wide lens, and PDAF, while the rear is a dual-sensor setup with two 12-megapixel sensors, main 1.4µm one behind 27mm wide lens with f/1.8 aperture and 12-megapixel secondary sensor with 12mm ultrawide lens and f/2.2 aperture.

According to Samsung, the Galaxy Z Flip is coming to select markets on February 14th with a price set at $1,380.

Last modified on 12 February 2020
Rate this item
(0 votes)
Tagged under
More in this category: « Samsung Galaxy S20 officially unveiled at Unpacked event Huawei and Honor set their online MWC 2020 events »
back to top