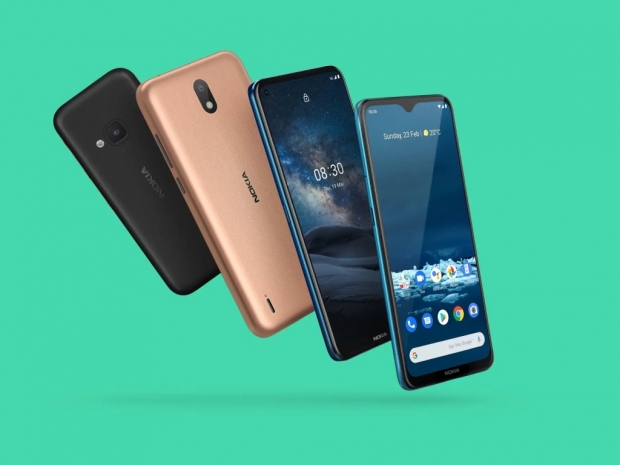 Nokia 5310 as a part of the Originals family

In addition to the flagship Nokia 8.3 5G, HMD Global also unveiled two new mid-range and entry-level smartphones, the Nokia 5.3 and the Nokia 1.3, as well as a new member of the Originals family, the Nokia 5310.

While the star of the show is obviously the Nokia 8.3 5G, which will be featured in the latest Bond movie, No Time To Die, HMD Global unveiled a couple of other smartphones for lucrative mid-range and entry-level markets, including the Nokia 5.3, Nokia 1.3, and the €39-priced Nokia 5310, a reimaged version of the original Nokia 5310 Xpress Music.

The front notch features an 8-megapixel camera, while the rear main camera is a quad-camera system with a main 13-megapixel sensor and f/1.8 lens, backed by a 5-megapixel sensor behind an ultrawide lens, as well as dedicated depth and macro sensors.

The Nokia 5.3 is a well-rounded mid-ranger with a rather large battery, 4,000mAh. The rest of the specifications and features include 802.11ac WiFi, Bluetooth 4.2, FM radio, USB Type-C port, 3.5mm audio jack, rear fingerprint sensor, and more. It runs on Android 10 OS and is also a part of the Android One program, so updates should be covered.

The Nokia 5.3 will be available in Cyan, Sand, and Charcoal color options and start at around €200. 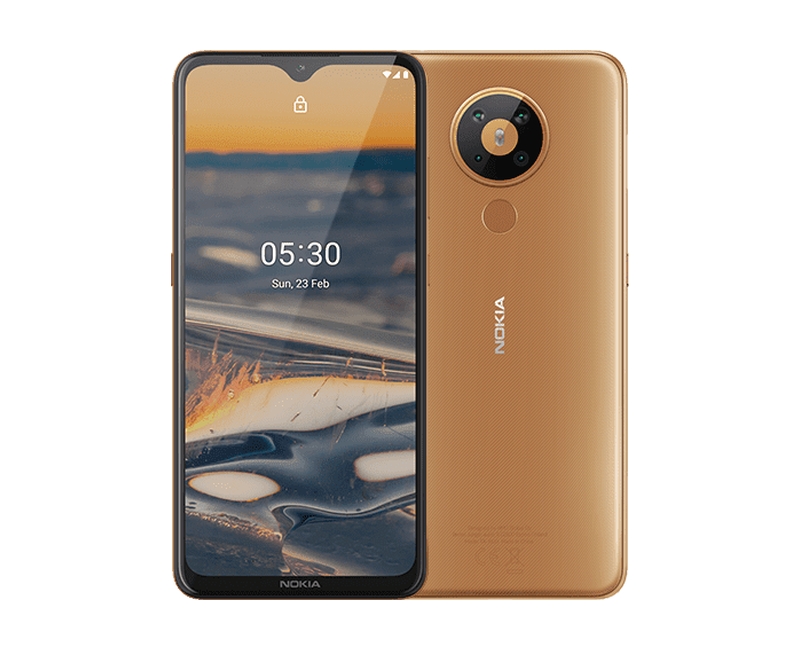 The Nokia 1.3, on the other hand, is meant to satisfy the needs of those looking for a smartphone in the sub-€100 range. This means HMD had to cut some corners, so you are looking at 5.71-inch IPS screen with 1520x720 resolution, and Qualcomm's 215 Mobile Platform, which is a 28nm quad-core SoC based on four Cortex-A53 cores clocked at up to 1.3GHz, and Adreno 308 GPU. The SoC is paired up with 1GB of RAM and 16GB of storage, expandable via microSD card slot.

The Nokia 1.3 does not look half bad for a sub-€100 smartphone, as you get a standard design with a notched front, housing a 5-megapixel camera. The phone measures 147.3x71.2x9.4mm and weighs 155g, which is not a big surprise since this is a plastic phone, with plastic back and frame. 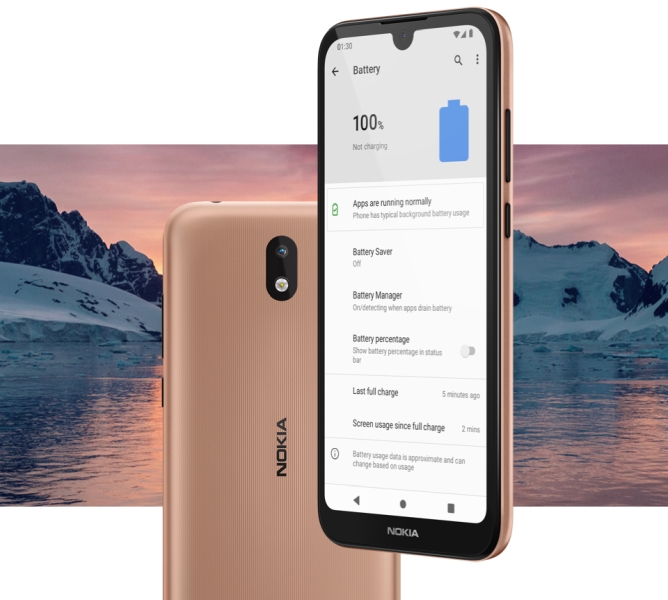 The rear camera is a single 8-megapixel sensor with LED flash and autofocus.

As noted, the Nokia 1.3 uses Android 10 Go Edition, and HMD promised it will get the new Android 11 Go Edition when it launches.

The Nokia 1.3 has standard connectivity, uses micro-USB 2.0 port, and features a 3,000mAh battery. It will also be available in three color options, Cyan, Sand, and Charcoal. As noted, the price should be below €100 when it launches in April. 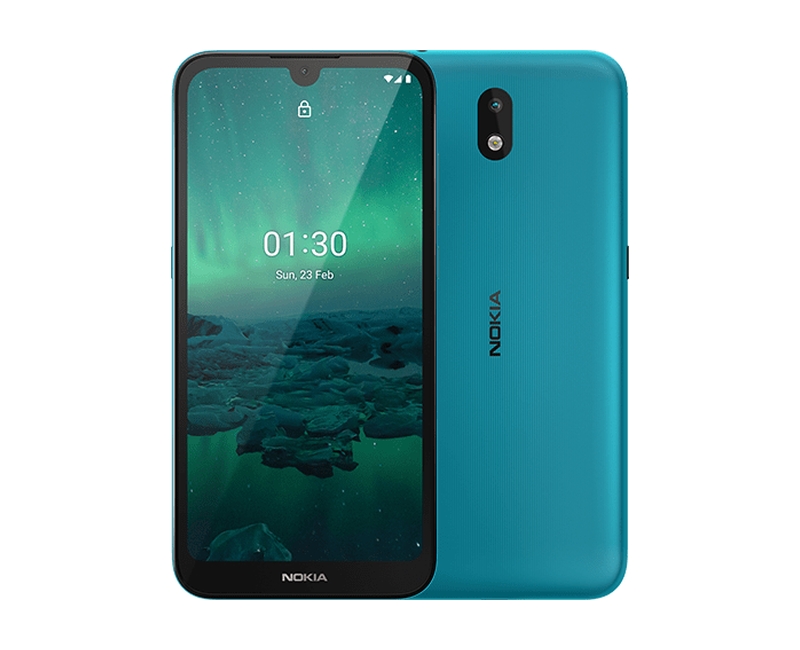 HDM has continued to remake classic Nokia smartphones and the latest Nokia 5310 pays homage to the Nokia 5310 XpressMusic.

It will feature the same paintjob, black/red and white/red, as well as focus on music as well. Bear in mind that this is a standard feature smartphone, so you get a 2.4-inch QVGA screen with keys located below. 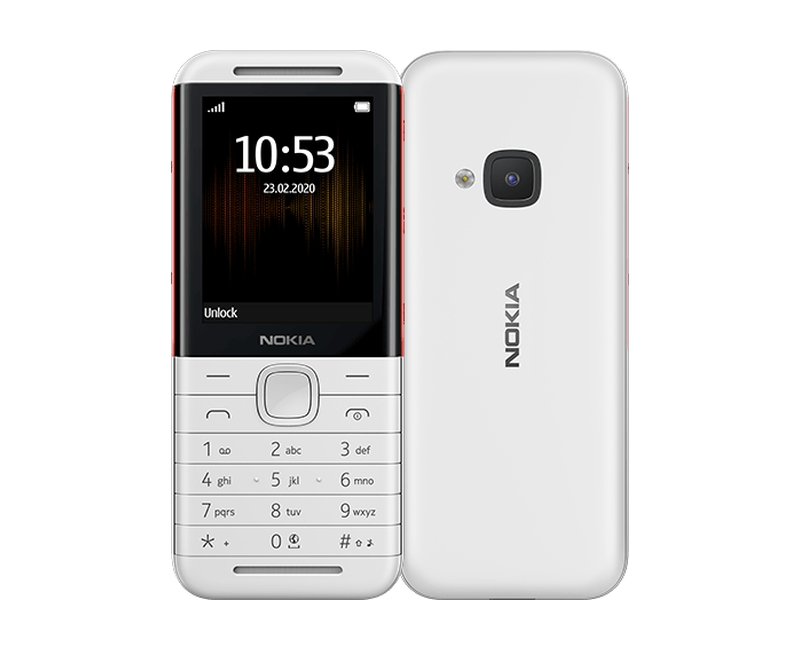 Although focused on the music, HMD did not give it a lot of internal storage, so you are still stuck with 16MB, but at least it supports up to 32GB microSD cards.

On the other hand, there is a 3.5mm audio jack in case you want to use it as an MP3 player, and it even comes with front-facing stereo speakers, as well as side-mounted keys for operating the music player.

It also features a 1,200mAh battery which should hold quite well considering the specifications, although we would love to see a larger battery as this could be a good replacement for a media player, especially considering its price of around €40.

Bear in mind that the Nokia 5310 is a 2G phone, so it might not work in all regions. 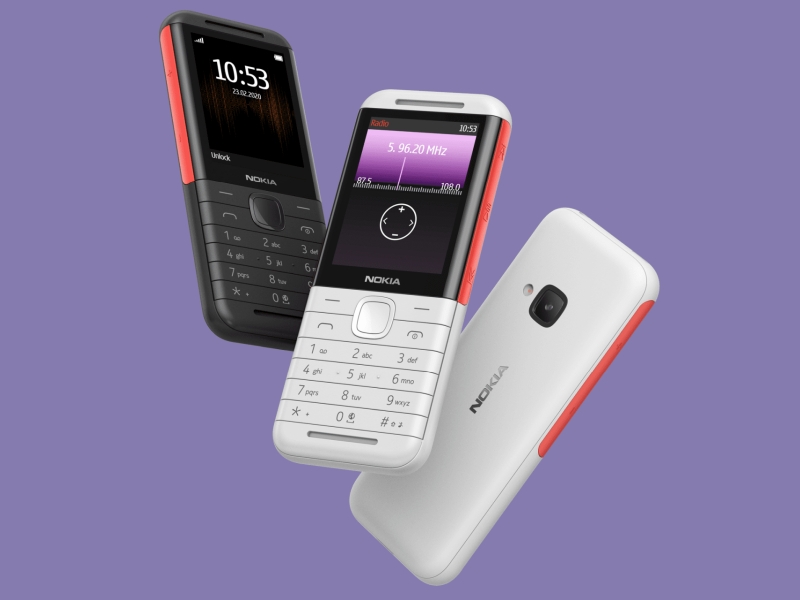