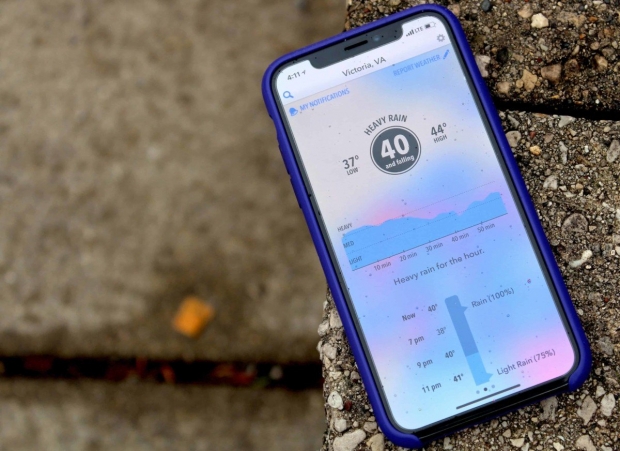 We invented the weather

Apple has given a popular weather app a pile of cash and told it to shut off Android users from the service.

The iOS version of the app won’t change. Users who want access to Dark Sky can download it on an Apple device and pay a one time fee of $3.99 for access to the service. Android users paid a yearly subscription fee of $2.99 for its version of the app.

“Service to existing users and subscribers will continue until July 1, 2020, at which point the app will be shut down”, Grossman said in a  blog post. “Subscribers who are still active at that time will receive a refund.”

Dark Sky is popular with its fans because of its intuitive user interface and minute to minute breakdown of the weather. Weather predictions are never perfect, but Dark Sky provided a reasonably accurate breakdown of expected weather conditions down to the minute. I often checked it before setting out for a run on a cloudy day, making sure I could beat a possible rainstorm.

It was also popular because it’s one of the few weather apps that promised not to sell its users’ personal information.

Ironically Grossman is not an Apple fanboy and will have to buy an iPhone if he wants to use his own software.

"Now I, and many other web and Android based Dark Sky users, will have to find another service. But it won’t be one with a connection to Dark Sky, which used to license its API to third party weather apps. That’s also ending. Our API service for existing customers is not changing today, but we will no longer accept new signups,” Grossman said. “The API will continue to function through the end of 2021.”

Last modified on 02 April 2020
Rate this item
(0 votes)
Tagged under
More in this category: « Huawei's P40 Pro sits on the DXOMARK camera benchmark throne Smartphone sales plumet to their worst levels in a decade »
back to top