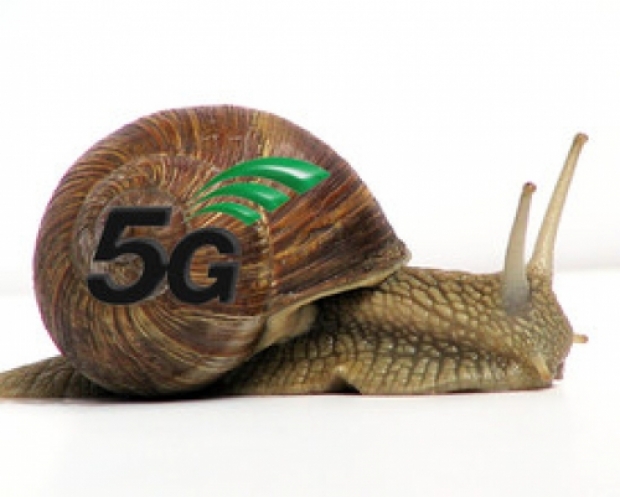 More than a year behind everyone else in the phone industry, the fruity cargo cult Apple has finally invented 5G and installed it in its phones.

The Tame Apple Press, including the BBC, has been wetting itself trying to promote the latest Apple smartphones totally failing to notice how far behind the curve Apple has been. For those who came in late, Apple gambled that Qualcomm would buckle and provide its 5G services for less by going to Intel which did not have a 5G modem but thought it could get one out in time.

Without mentioning why Apple was so late to the party, chief executive Tim Cook said:"5G will bring a new level of performance for downloads and uploads, higher quality video streaming, more responsive gaming, real-time interactivity and so much more.”

Other than that the phones are getting sharper and flatter edges to make them look different from previous iPhones.

The higher-end iPhone 12 Pro models also get bigger screens than and a new sensor to help with low-light photography.

What is amusing though is that Apple has decided that a charger is an optional extra and you will have to spend an additiona $18 if you want one. Of course you can refuse to pay Apple’s novel tax but then your phone will not work.

Apple claims that the move was to help reduce the iPhone’s impact on the environment – not being able to power it will do that.

Curiously we would be interested if anyone challenges that daft move in the EU because not supplying a charger would mean that the electronic goods were not fit for the purpose.

Forrester’s VP principal analyst Thomas Husson said despite Apple refusing to provide a charger, fanboys might be forced to upgrade.

“Given the current renewal cycles, a significant percentage of Apple users will leapfrog to the new range of iPhone 12 devices and benefit from an amazing performance and experience compared to what they know. Such experiences can only improve in the next 18 to 24 months as telecom operators roll out 5G across the world. Increased performance, mastery of design execution details, and aggressive pricing for the iPhone 12 mini will offer an incredibly competitive smartphone experience.”

He thought that Apple’s belated move to 5G might give the technology the kick it needs.

“Indeed, despite the hype, 5G is still a relative immature technology globally being rolled-out by network operators and there are few new compelling consumer use cases. 5G is way more important for the industry as a technology empowering a new wave of innovation and performance for the connected world. Even if 5G roll out is faster than the previous network generations, it will take a couple of years before we reach critical mass of end-users and experiences that go beyond faster speeds and better latency”, he said.

Last modified on 14 October 2020
Rate this item
(0 votes)
Tagged under
More in this category: « Mate 40 Pro looks a bit like Exynos 1080 SoC Google and Intel warn of Linux Kernel flaw »
back to top