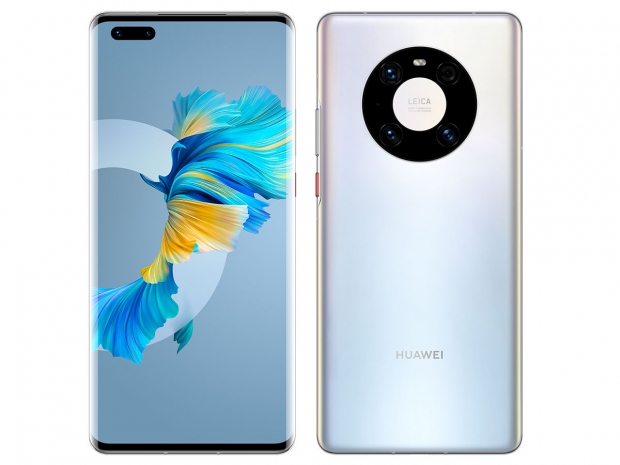 Last of the self-designed Kirin chips

Huawei has been been stockpiling chips to get its signature device out in time for Christmas but the outfit will have overhaul its smartphone lineup after Trump administration sanctions that took effect in September curtailed its ability to design and manufacture advanced in-house chips by cutting it off from the likes of Foxconn.

The company's consumer devices group, led by Richard Yu, was already prevented from shipping handsets with the full Google-augmented Android experience. But that didn't stop it from surpassing Samsung Electronics to become the world's best-selling smartphone maker in the summer, largely on the strength of growing domestic sales.

However without a contractor to produce its own chips or the ability to buy processors from a supplier like Qualcomm, prognostications for the division's future are less rosy.

The 6.5-inch Mate 40 and 6.76-inch Mate 40 Pro feature the 5nm Kirin 9000 processor, second to Apple's A14 chip to offer that advanced manufacturing node in consumer devices.

The system-on-chip contains 15.3 billion transistors, including eight CPU cores maxing out at a speed of 3.13GHz and 24 GPU cores that Huawei claims give it 52 percent faster graphics than Qualcomm's best.

Both devices have sloping glass sides and in-display fingerprint sensors. The new rear "Space Ring" design accommodating Huawei's multi-camera system is reminiscent of the control wheel of iPods of yesteryear. It plays host to a 50-megapixel main camera accompanied by zoom and ultrawide lenses.

Last modified on 23 October 2020
Rate this item
(2 votes)
Tagged under
More in this category: « DXOMARK now scores displays Huawei will have ten per cent of German smartphone market »
back to top