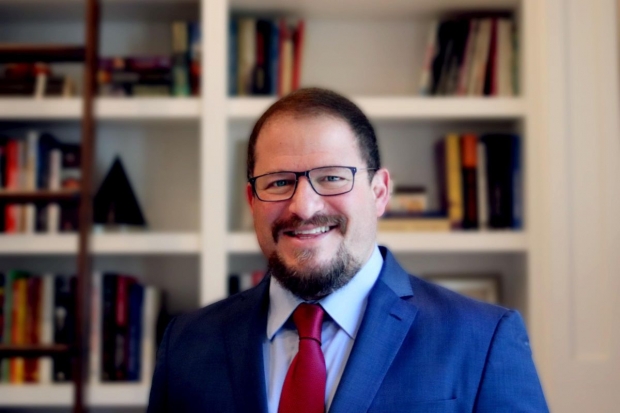 Steve Mollenkopf to Retire as CEO in June

Qualcomm finished strong with Snapdragon 888 and started the first working day of January with its Snapdragon 480 5G announcement. After 26 years at the company, the new big announcement is that Steve Mollenkopf will retire as a CEO. He was CEO since March 2014.

Qualcomm's Board of Directors has unanimously selected Cristiano Amon to succeed Steve Mollenkopf as CEO, effective June 30, 2021. Mollenkopf informed the Board of his decision to retire as CEO following 26 years with the company. Amon, who has worked at Qualcomm since 1995, is currently president of the company. Mollenkopf will continue his employment with the company as a strategic advisor for a period of time.

Cristiano becoming the next CEO was long coming and rumored within industry circles. Since 2018 when Cristiano was promoted to president, it gave us a clear indication of the future. Even before Cristiano made President, he had a lot of high-level meetings and events with Mollenkopf, and even then, it was clear that they were grooming him for the next big job step up.

Steve helped the company sail through Broadcomm's hostile takeover, the Apple modem crisis, the Intel modem competition treat, FTC, and other legal litigation and came out as a winner from all of them. He deserves the utmost respect.

Mollenkopf, 52, became CEO in March of 2014. He began his career as an engineer and, for nearly three decades, has helped define and lead Qualcomm's strategy and technology roadmap. His work helped propel smartphones into the mainstream and made Qualcomm a leader in 3G, 4G and now 5G, and he also oversaw the expansion into new industry segments such as the Internet of Things (IoT), RF Front End, and Automotive.

He was also instrumental in the company's rise as a smartphone technology supplier. Also, Mollenkopf successfully guided the company through a number of extraordinary circumstances and challenges and begins the CEO transition process with the company stabilized and well-positioned to continue to grow and drive value.

"I am immensely proud of all that we have accomplished at Qualcomm and the position the Company currently enjoys as the world's leader in wireless technologies", Mollenkopf said. "With our business model clearly validated and our leadership in 5G, this is the right time for Cristiano to assume leadership of the company and preside over what I see as the single largest opportunity in the company's history.

"Cristiano spearheaded the development of our 5G strategy, including its acceleration, industry-leading technology roadmap and global rollout. He was also a key architect and driver of Qualcomm's strategy to expand and diversify our business beyond mobile and into new industry segments such as Auto, RF Front-End and IoT. Qualcomm is well positioned for the future and I am confident that with Cristiano as CEO, the company will continue to invent leading technologies and create value for all of our stakeholders."

"Steve navigated through unprecedented circumstances during his tenure, facing more in his seven years as CEO than most leaders face in their entire careers", said Mark McLaughlin, Chair of Qualcomm's Board of Directors. "Under Steve's leadership, the company remained focused and created immense value for stockholders, inventing key technologies that are driving economic growth and improving lives. On behalf of the entire Qualcomm Board, I want to thank Steve for the vision and leadership he brought during his years as CEO and for leading what I am confident will be a seamless transition."

Cristiano was the clear choice to be Qualcomm's next CEO, having the track record of successful execution, deep Company knowledge, very strong relationships with our ecosystem of partners, and the strategic vision to take the company forward. He is an authentic leader who has played a critical role in the company's success. We look forward to working together with him to lead the company through its next chapter of growth."

Amon, 50, has served as president, Qualcomm Incorporated since January 2018. In this role, he is responsible for Qualcomm's semiconductor business (QCT), which includes Mobile, RF Front End, Automotive and IoT revenue streams, and the company's global operations.

Amon has driven the expansion and diversification of the business across industries and customers, overseen Qualcomm's 5G strategy, and for almost 15 years has been steering development of a leading and differentiated product roadmap.

Amon has also overseen the successful execution of M&A to augment Qualcomm's capabilities and accelerate growth in key areas, including RF Front End, Connectivity and Networking. Amon joined Qualcomm in 1995 as an engineer and has held several business and technical leadership positions throughout his tenure with the company. Amon holds a B.S. in Electrical Engineering and an honorary doctorate from UNICAMP, the State University of Campinas, Brazil. He also serves as the co-Chairman of the World Economic Forum IoT Council.

"I am honored to be named the next CEO of Qualcomm and appreciate the confidence that Steve and the Board have in me", said Amon. "Qualcomm is an incredible Company. We have been at the forefront of innovation for decades and I look forward to maintaining this position going forward. In addition to driving the expansion of 5G into mainstream devices and beyond mobile, Qualcomm is set to play a key role in the digital transformation of numerous industries as our technologies become essential to connecting everything to the cloud.

"The need for our solutions has never been more pronounced and our leadership position has never been more evident. I look forward to working with our 41,000 employees around the world to create technologies that revolutionize the way people live, work and connect with each other."

Cristiano is the right man for the job. He understands technology and leadership. At his previous job as the President, he helped Qualcomm accelerate to 5G, industrial IoT, and automotive at a much faster pace than initially anticipated. He will help Qualcomm to expand beyond smartphone chip manufacturers.

Cristiano Amon will help significantly impact connected automotive, self-driving, artificial intelligence, licensing across many industries, and, most importantly, the IP leadership. He is easy to approach Presidents, soon CEO to the press and analysts that makes him valuable and open for two-way communication and acceptance of outside the company box opinions.

Last modified on 07 January 2021
Rate this item
(0 votes)
Tagged under
More in this category: « Qualcomm announces Snapdragon 480 5G LG updates its light Gram laptop lineup at CES 2021 »
back to top