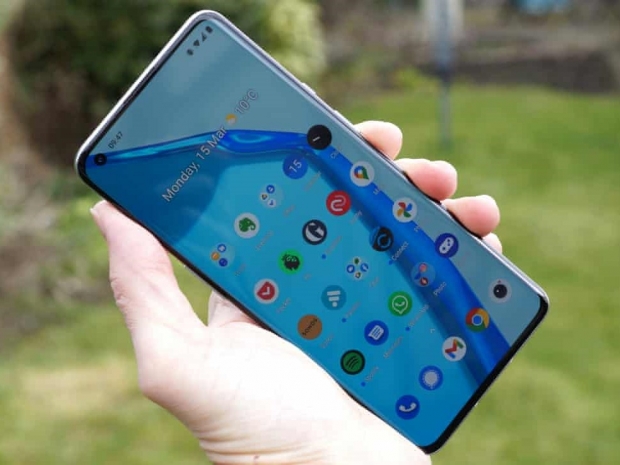 According to The Verge, the OnePlus 9 Pro, "the best Android alternative to Samsung", which is the nicest thing to say when the reviewer can't mention it is better than an iPhone.

The flagship device is the OnePlus 9 Pro, featuring a 120Hz LPTO curved display, 8GB of RAM, 128GB storage, Hasselblad-branded cameras, and a starting price of $969.

OK, the price is problematic and not a phone you would want to lose on a train, the OnePlus 9 features slightly lower-end specs and a more affordable $729 starting price.

The cameras on the new phones, which have been developed in partnership with Hasselblad, are the key selling point.  OnePlus says the colours have been tuned to look more natural and that the ultrawide sensor on the 9 Pro and 9 is one of the biggest to ever ship on a smartphone.

The regular 9 has a Sony IMX689 sensor, but it has the exact resolution of 48 megapixels. Both have a 2-megapixel monochrome sensor and 16-megapixel selfie camera, but only the 9 Pro has an 8-megapixel telephoto.

As previously announced, the 9 Pro has a 1440p 120Hz curved display that makes use of LPTO technology to adjust its refresh rate between 1 and 120Hz based on the content being displayed on-screen, reducing power consumption by "up to 50 percent".

OnePlus also claims it should feel more responsive to use in games that support its Hyper Touch technology. The screen has a maximum brightness of 1300 nits and supports HDR10+. Meanwhile, the OnePlus 9 has a flat rather than curved display.

Both phones support Warp Charge 65T, which OnePlus claims should charge the phones' 4,500mAh batteries to 100 per cent in under half an hour. The 9 Pro and 9 can also charge wirelessly at up to 50W and 15W, respectively. Both phones will go on sale on 2 April with pre-orders starting 26 March.

Last modified on 25 March 2021
Rate this item
(0 votes)
Tagged under
More in this category: « LG more likely to pull out of mobiles Samsung wants a double-folding phone »
back to top