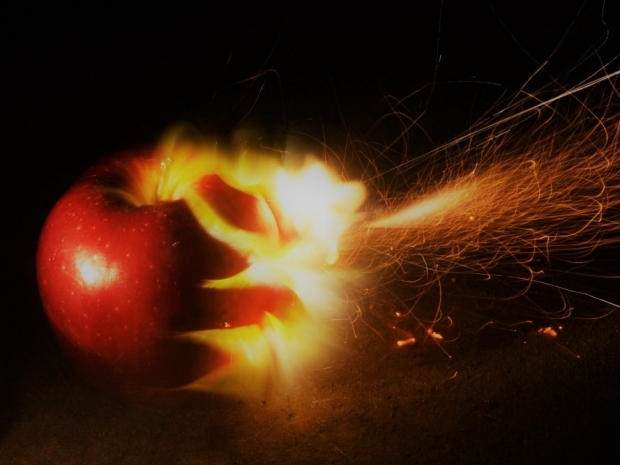 A bloke in Texas is taking Apple to court claiming it flogged him a shonky battery for his iPhone which exploded.

Robert Franklin filed a lawsuit against Apple for allegedly selling defective batteries and violating warranty promises and is seeking to turn it into a class-action lawsuit.

According to the lawsuit: “Robert Franklin was listening to music on his iPhone 6, when he noticed the music playing on his iPhone began to skip. As he picked up his iPhone to investigate, [it] suddenly exploded and caught fire in his face.”

The lawsuit also claims that Franklin suffered injuries to his eye and to his wrist, which he injured when he fell after the phone caught on fire and he used his hand to brace himself.

The Tame Apple Press seems to believe that the whole thing is Franklin’s problem because he bought the phone in 2018 which is actually three years after the iPhone 6 had originally gone on sale.

“It is unclear what condition the phone was in at that time as it was not stated if the phone was bought brand new or used”, sniffed one report.  The implication being that if you don’t replace your phone every year you deserve what you get.

However, the class action lawsuit alleges that consumers were provided an express warranty at the time of sale of the iPhone 6, and Apple warranted that the iPhone 6 would be free from defects, meet design specifications, and be suitable for its intended purpose.

“Moreover, Defendant warranted that it would pay the expenses associated with any product defect and needed repair.”

Franklin wants to represent anyone in Texas who bought an iPhone 6 with a defective battery. He is suing for breach of warranty and deceptive trade practices and seeks certification of the Class, damages, interest, and a jury trial.

Last modified on 07 May 2021
Rate this item
(2 votes)
Tagged under
More in this category: « Ericsson smokes peace pipe with Samsung Samsung Exynos 2200 with AMD GPU could be coming this year »
back to top