One of Apple's cameras probably surplus to requirements 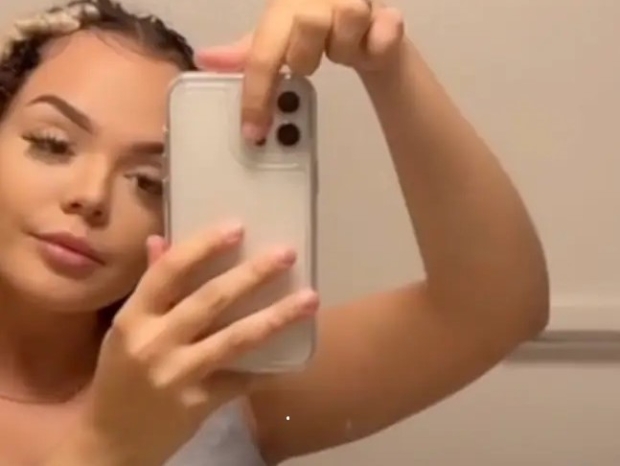 Only two work as lenses

Apple has been outed for using a fake back-facing camera for the 'Pro' versions of iPhones 11, 12 and 13.

The fruity cargo cult introduced three back-facing camera to much applause from the Tame Apple Press. No-one actually thought to test if the three lenses made a difference.

In a video shared to her TikTok account, a confused Kayla (@kaylathayla) can be seen standing in front of a mirror and decides to demonstrate her theory.

According to LadBible which we get for the religious messages, she points the camera at her and covers each of the camera lenses and for two of the lenses, nothing changes. However, when she puts her finger over the bottom lens, the camera goes blank.

The video was also captioned: "I'm so confused... are they fake?"

LadBible decided that it was best to mansplain how wonderful Apple was to the silly woman.

It says that while the iPhone Pro series does have three cameras on the devices, they are not all in use all of the time.

It comes down to a question of what settings are being used, with each lens serving differing functions.

We guess that sometimes one of the lenses is off having a quiet pint when it is not needed.

In the video, it looks as though Kayla is just using a wide shot, and the other lens would only be used if the lighting changed, or she wanted to zoom in or out, LadBible said.

One Apple fanboy commented on the story: "I don't thing (sic) people understand how cameras work.”

However, Kayla does have a point. Why have three lenses if you don’t actually need one of them most of the time. Surely, if the lenses are not actually used for the job of taking a picture, as LadBible suggests, the work could be done by a less visible sensor and the visuals done by the remaining two lenses. Another way would be a more intelligent arrangement of the lens,

However, that would mean that Apple could not say to people that its camera has three lenses, which is the equivalent of “this goes to 11”. It would also have to have more intelligent and rapid software which is not Apple's strong point.

Last modified on 20 October 2021
Rate this item
(7 votes)
Tagged under
More in this category: « Apple has cut-down versions of its M1 Pro and M1 Max SoCs Google officially announces Pixel 6 and Pixel 6 Pro phones »
back to top