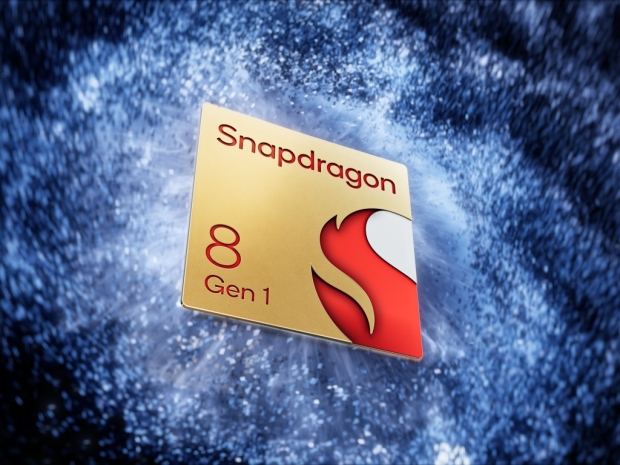 Qualcomm's latest flagship chipset also brings the new naming scheme, simplifying it down to the class and a generation, thus the Snapdragon 8 Gen 1. Built on the 4nm manufacturing process, the new SoC is expected to bring both performance and power improvements all across the board.

“As the world’s most advanced mobile platform, Snapdragon is synonymous with premium Android experiences and the new Snapdragon 8 Gen 1 sets the standard for the next generation of flagship mobile devices,” said Alex Katouzian, senior vice president and general manager of mobile, compute, and infrastructure, Qualcomm Technologies, Inc. “It delivers connectivity, photography, AI, gaming, sound, and security experiences never before available in a smartphone.” 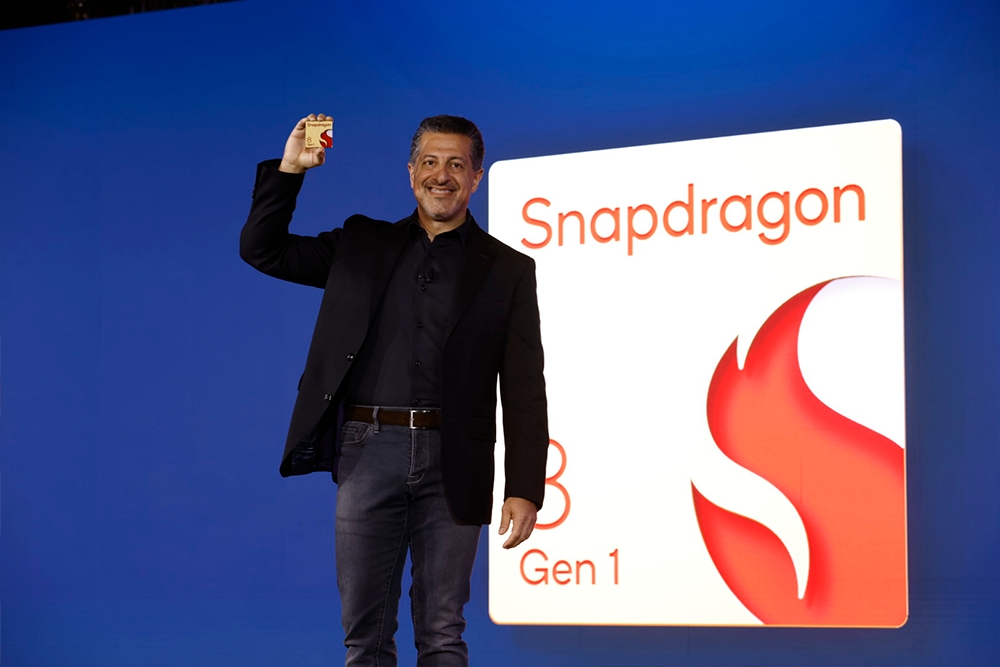 In addition to being the first 4nm chipset from Qualcomm, the new Snapdragon 8 Gen 1 SoC features new ARMv9 CPU cores.

According to Qualcomm, the new CPU cluster will be up to 20 percent faster compared to the Snapdragon 888 SoC, as well as 30 percent more power-efficient. 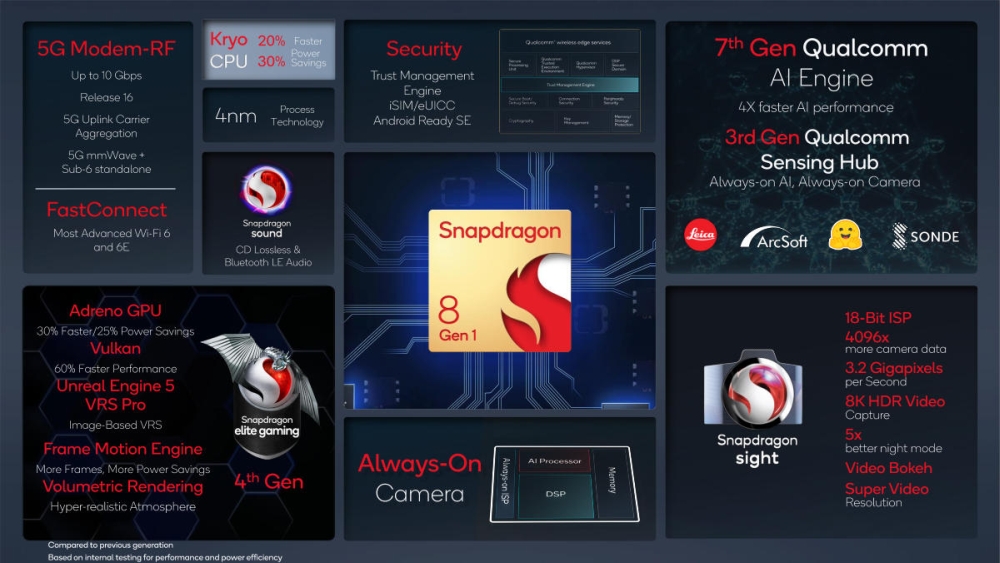 In addition to new CPU cores, the Snapdragon 8 Gen 1 SoC comes with the new Adreno GPU, and although we still do not have a number attached to it, Qualcomm is promising up to 30 percent higher performance and up to 25 percent better power efficiency. 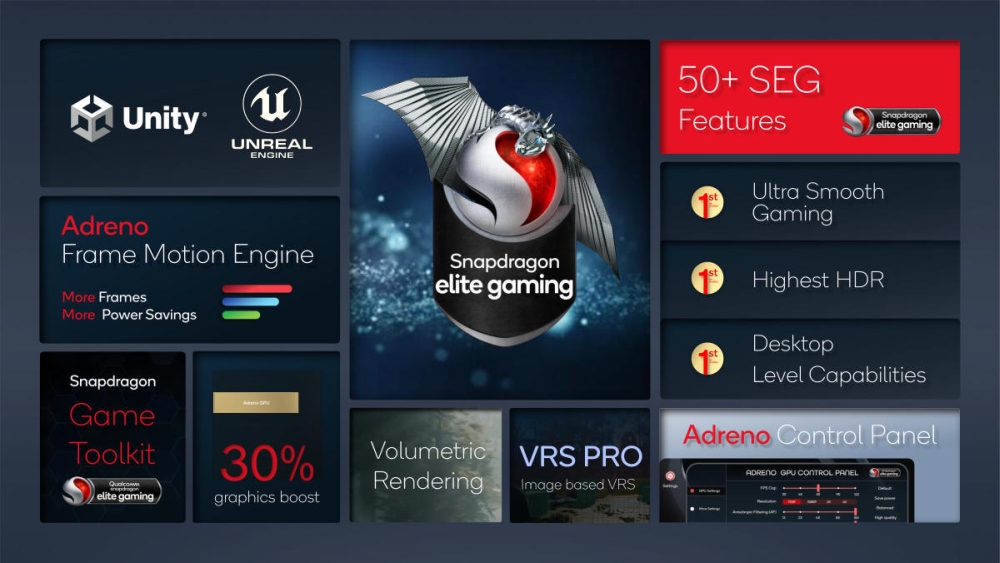 As expected, the Snapdragon 8 Gen 1 also comes with an integrated X65 5G modem, with support for sub-6 and mmWave, and peak speeds of up to 10Gbps, as well as 5G uplink carrier aggregation. When it comes to connectivity, it also features Wi-Fi 6 and 6E support, Bluetooth improvements, and more.

The Snapdragon Sound is another feature that comes with Snapdragon 8 Gen 1, which brings CD Lossless and Bluetooth LE Audio support, and the new SoC will also get the Qualcomm 7th Gen AI Engine, with 4x faster AI performance, as well as the Qualcomm 3rd Gen Sensing Hub, with always-on AI and always-on Camera.

Qualcomm is also improving security, and including the same Trust Management Engine, introduced with Snapdragon 888 SoC. 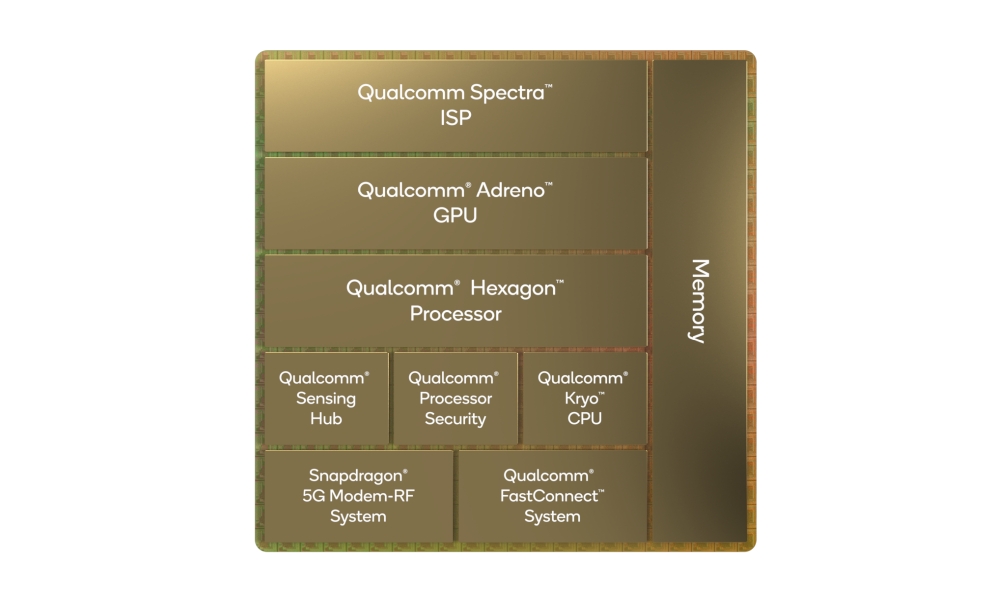 Qualcomm was keen to note that this is an 18-bit ISP, giving it a much higher dynamic range and better HDR, as well as support for 18-bit RAW.

You also get 8K at 30fps video recording, now with HDR support (HDR10 and HDR10+), as well as 8K HDR + 64-megapixel simultaneous photo and video capture, which is quite impressive.

There are several new features like a dedicated bokeh engine for 4K video capture, video super-resolution for extreme zoom, a new Mega Multi-Frame Engine, and plenty of AI features, like AI face detection and more. 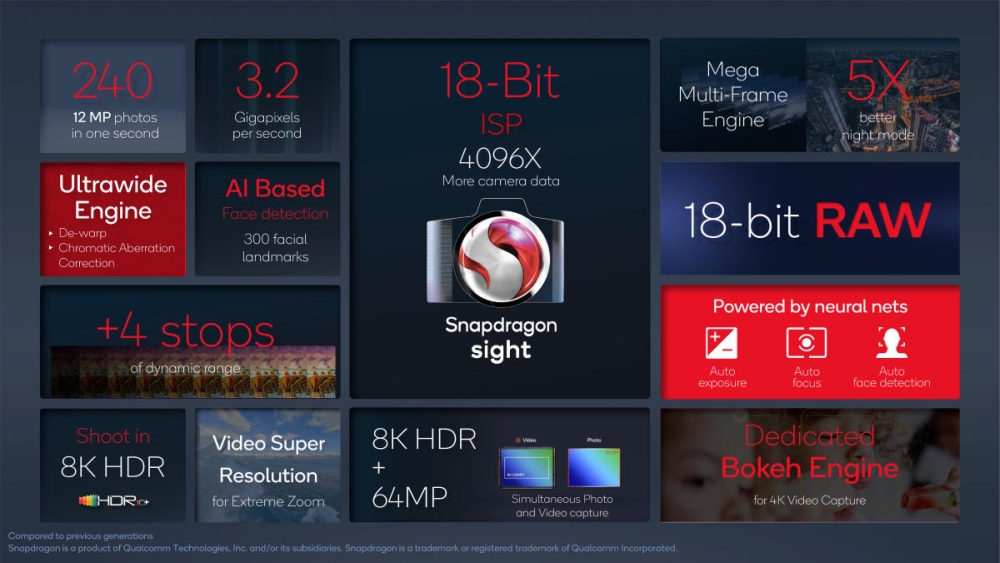 The first smartphones based on Qualcomm's new flagship Snapdragon 8 Gen 1 SoC will be coming before the end of the year, and usual smartphone makers, like Black Shark, Honor, iQOO, Motorola, Nubia, OnePlus, OPPO, Realme, Redmi, SHARP, Sony Corporation, vivo, Xiaomi, and ZTE, are lining up with the announcements. 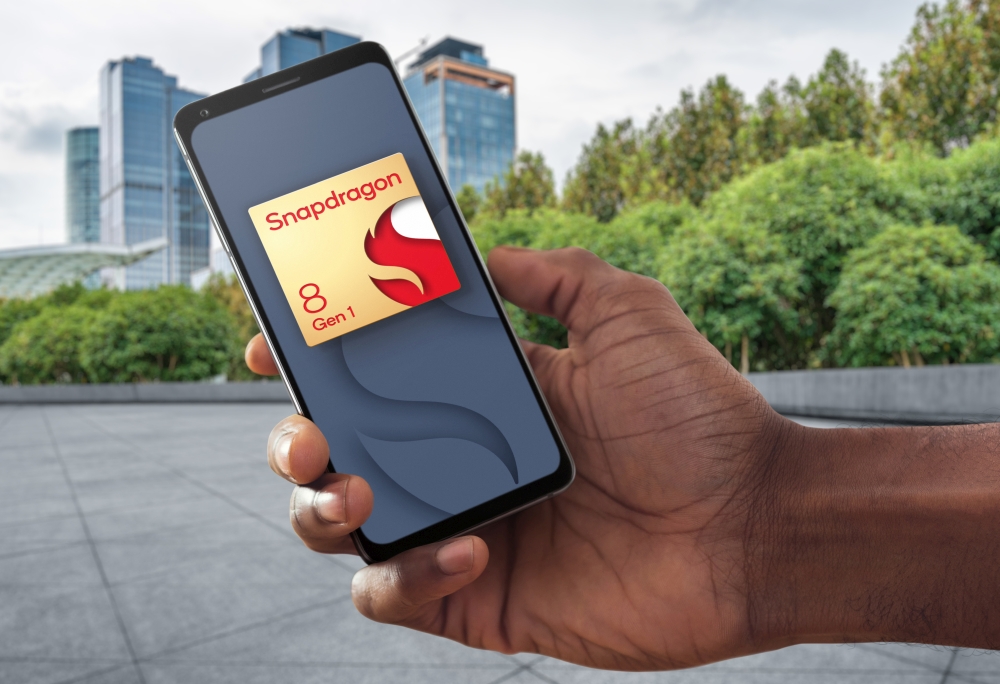