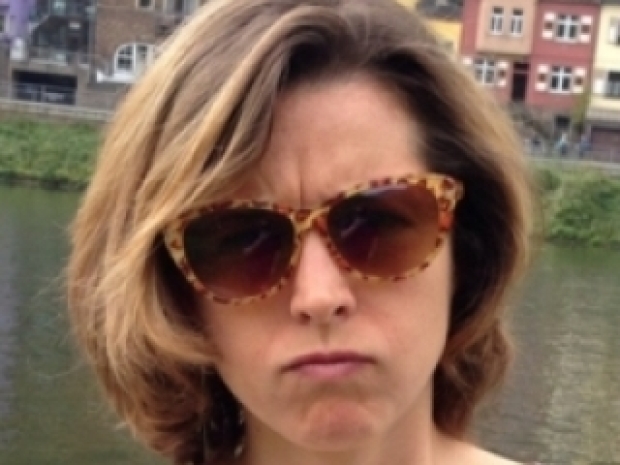 Sometimes we wonder how connected to reality these guys are

Apple’s favourite newspaper, the New York Times, ran a defense of Apple’s spyware “Apple Tags” written by a hack who was proud she could use the device to make sure her husband did as he was told.

For those who came in late, Apple's Apple Tag hardware has received a bit of flack because it has been used to illegally track and spy on people.

Without a trace of irony journalist, Kashmir Hill (pictured) said that in mid-January she had a row with her husband after their baby tested positive for Covid-19 and was occasionally grunting between breaths.

“I called urgent care and was told we should take her to the emergency room. But, because I had been up all night with her, I was too exhausted to drive.”

He pointed out that baby was fine, eating, playing and happy and there was no emergency.

Hill said her husband eventually caved in and set out to make the half-hour journey. Hill said that rather than nagging him about how it was going she used Apple’s location-monitoring devices that she had “secretly stashed in our car a week earlier.”

The article then provided an overly long description of Apple Tags compared to other spyware, so other wives could use it to monitor their husbands.

“I realise I sound like the worst wife ever, so let me explain. It was for journalism,” she claimed.

She shared the feed from the LandAirSea GPS tracker with the photographer Todd Heisler so he could follow my husband around New York City.

Yeah, what? Not content with planting a device on your husband without his knowledge you rang up your work and arranged a snapper to tail him to make sure it worked?

Odd really, that she only hit on the need for this journalistic experiment after having a row with her husband over baby care. We guess she wanted to see if he took the baby to the hospital and did not go and have a coffee and come back and tell her there was nothing wrong with their precious snowflake.

If she wanted to test the effectiveness of the devices as spyware normally you do it on yourself, not on some poor unfortunate you just happened to have had a row with.

Thirty minutes after Hill’s husband departed for the hospital, she opened an app linked to the most precise tracker in my arsenal, the $30 LandAirSea device. She then provided details about the device, presumably to convince herself and her husband that she really was working on a story.

Hill went on to say that she hid an AirTag in her husband's backpack, which became her most powerful tracker, "outperforming the GPS device, and allowing me to tell a photographer exactly where he was at all times."

"Within two hours of my putting all the trackers in our car, my husband, who has an iPhone, got an alert about the AirTag, after running an errand," adds Hill. "The problem was that he couldn't find it. The one time his iPhone connected to the AirTag in the car, so he could play the noise, it was so hard to tell where it was coming from that he gave up looking for it after five minutes."

What is really amazing is Hill’s husband’s response to being the subject of “the story” was not to sue his wife for divorce for illegally spying on him and his baby without warning, but to provide Apple with an advert supporting his wife’s antics.

"For all the bad press the AirTags have gotten, and as flaky as the detection mechanisms were, at least I was consistently getting notifications they were following me. The privacy dangers of the other trackers were way worse," he was quoted as saying.

If ever there were a couple who deserved each other it is these two fanboys.

Last modified on 14 February 2022
Rate this item
(2 votes)
Tagged under
More in this category: « Samsung Galaxy S22 Ultra is the new flagship Xiaomi working on 150W fast charging »
back to top