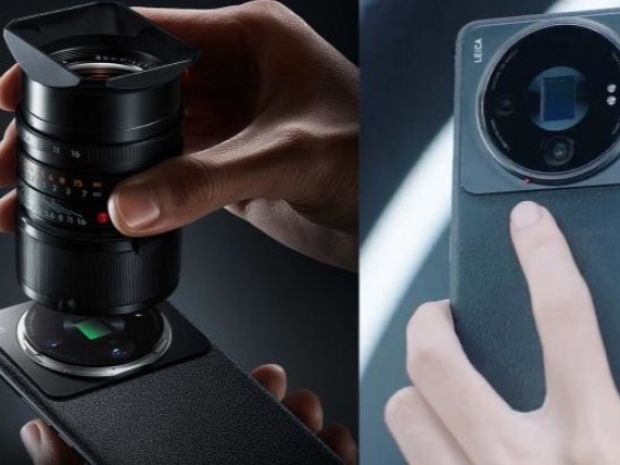 Xiaomi has unveiled a concept phone with a 1-inch camera sensor and partnership with famous camera manufacturer Leica.

It is starting to look like innovation on smartphones is running out with more tech being throught at the camera part of the technology being more emphasised than the phone bits.

The "Xiaomi 12S Ultra Concept Phone" has two single inch, 50.3 megapixel camera sensors on the back of the phone, with the second situated in the centre of the rear.

This second sensor has been designed to be able to mount and be fully compatible with all Leica M series lenses. The sensor is located under a piece of sapphire glass, rather than having an opening where it would be exposed to the environment as you would see on standard interchangeable lens cameras. The mount for the lens is not directly attached to the phone, however, it requires an adaptor to be fitted before the lens can be screwed into place.

It is not cheap, nor is it certain if it will ever be released on the mass market, but it does show the direction that phone makers are going. Now they have tried bigger and folding screens, the only way to get something new is to improve the camera function. For the life of us, we do not understand why it is not better to splash out on a proper SLR camera which is probably cheaper and takes much better snaps.

More in this category: « Workers too terrified to make iPhones after Covid scare Mobile phone cash cow is dying warns Qualcomm »
back to top