Western Digital has sneaked its way into wireless home networking market and announced a couple of routers that will be a part of its newest My Net family lineup.

The lineup includes a total of four different products and kicks off with My Net Switch, an 8-port Gigabit Switch that has Gigabit Ethernet support. Next in line is the My Net N600 HD dual-band router with combined data rate of up to 600Mbps (300Mbps per band), which also packs five ethernet ports and one USB port. The My Net N750 HD is pretty pretty much the same thing as the N600 except for the fact that it can provide combined data rate of up to 750Mbps (300+450Mbps) and features an extra USB port. Both the N600 and N750 feature WD's FasTrack technology that detects entertainment traffic and prioritizes bandwidth to smoothly stream multiple HD movies, shows, games and more to connected devices.

The fourth and a current flagship is the My Net N900 HD, a 802.11bgn WiFi dual-band router, which features high wireless performance with speed of up to 900Mbps (450 + 450Mbps on the 2.4 and 5GHz bands combined). The N900 also has seven LAN and one WLAN Gigabit ethernet prots, two USB ports for printer, media and storage sharing as well as amplifier antennas for extended range and UPnP and DLNA certification.

Western Digital's My Net N900 will also be available as a My Net N900 Central option with either 1 or 2TB HDD internal HDD. The N900 Central has the same specs as the N900 but features wireless backup and remote access options, slightly less LAN ports (4 LAN ports) and only a single USB port.

You can check out more about WD's new My Net Router family here. 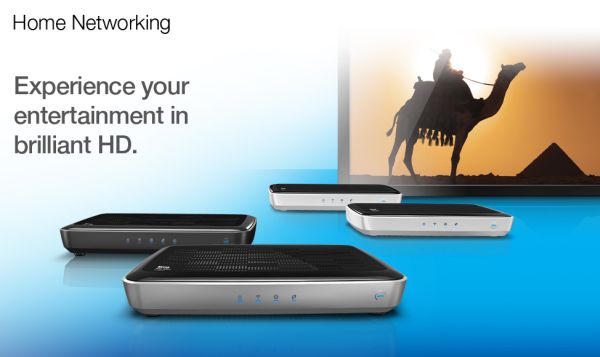 Last modified on 15 June 2012
Rate this item
(0 votes)
Tagged under
More in this category: « Marvell announces new Avastar 88W8897 WiFi chip Huawei can work with US on 5G standards »
back to top