Following the design of its XPC line of barebones, the new OMNINAS is built from a combination of solid aluminum and white plastics in order to blend easily with home and office environments and it is definitely not something that you want to hide in some corner. Based on the PLX NAS 821 dual-core ARM 11 CPU working at 2x750MHz and paired up with 256MB of DDR2 memory the new OMNINAS KD20 uses only 9W in standby mode, 15.5W in average load and a respectful 21W under maximum load.

Since the case is made out of aluminum, the KD20 is pretty cool and the 80mm fan only kicks in at full load, when the temperature reaches a certain level.

As noted earlier, the OMNINAS KD20 is a dual-drive NAS with two hot-swappable drive bays with support for up to 4TB HDDs or SSDs. Drives can be set to work in RAID-1, RAID-0 or in JBOD mode. The energy-saving dual-core CPU also enables rapid read/write data transfers which are set at around 75/55MB/s in optimal test conditions, according to Shuttle.

The rest of the specs include one USB 3.0, two USB 2.0 ports and a card reader. It also comes with Gigabit Ethernet. The new OMNINAS KD20 also comes with AutoCopy feature that copies data from USB or SD cards automatically, has an integrated DLNA-compatible media server, iTunes server and BT download function and comes with free OMNINAS Android and iOS app for mobile access to the KD20.

According to Shuttle, the new OMNINAS KD20 has a suggested price of €129 (ex. VAT) and should already be available across Europe. 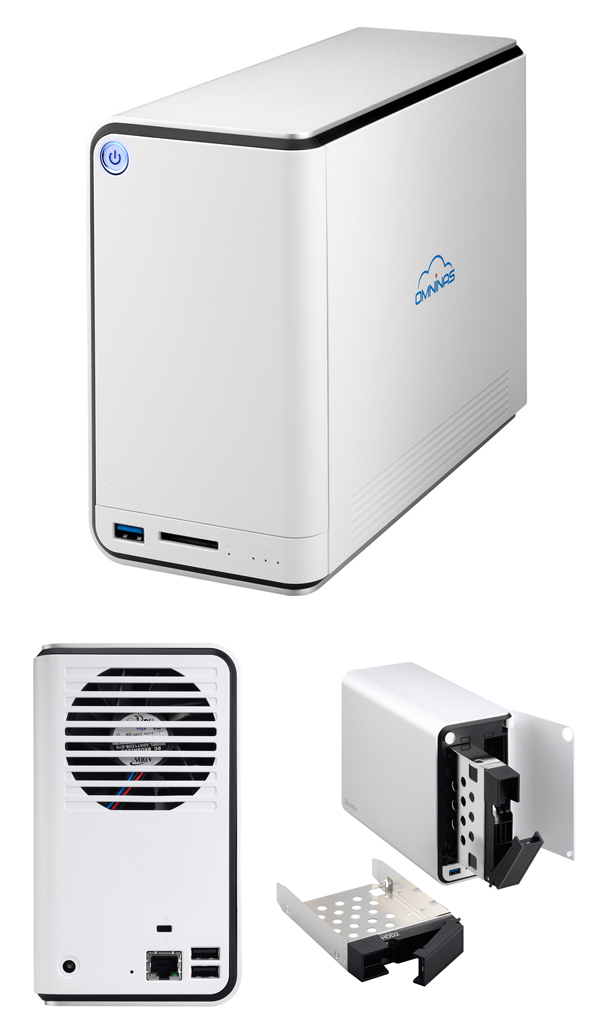 Last modified on 18 September 2012
Rate this item
(0 votes)
Tagged under
More in this category: « Wireless docking with WiGig has its limitations Marvell introduces new 802.11ac 4x4 WiFi solution »
back to top