Wireless docking with WiGig has its limitations

After Intel’s keynote finished we went to Justin Rantner to find a few answers about 802.11ad wireless docking concept that remained answered. We got a live demonstration that wireless docking can pass through barriers and the Intel chap was kind enough to demonstrate that. It will go through walls but this will depend on many factors especially on the thickness of the wall.

The speeds that Intel was getting were about 1.5Gbit which is quite impressive and it is enough for two monitors, wireless hard drive, wireless keyboard and notebook connection. It worked just fine as Intel demonstrated. Wireless docking actually as a big advantage as at 60MHz channels and 10 meter range, your neighbors won’t be able to interrupt your wireless docking, apart the ones that share the wall with you. Intel and this wireless alliance was thinking about that as well once the 802.11ad device starts talking with its docking, it will focus the signal to that point and won't scatter it around the room.

It also doesn’t need line of sight which also nice to know for people with a creative mess on their desks. Once wireless docking becomes reality you will buy what Intel calls WDS (WiGig Docking station) plug all cables in it and get it going wireless. You put your notebook on a table or within 10 meters (30 feet) and you are good to go.

In the future, when monitors and hard drives come with 802.11ad, you will really be able to have a truly wireless office, except of the power cords or course that is here to stick around for at least a few more years.

Some 25 other companies are supporting the idea so who knows, maybe this will happen sooner rather than later. 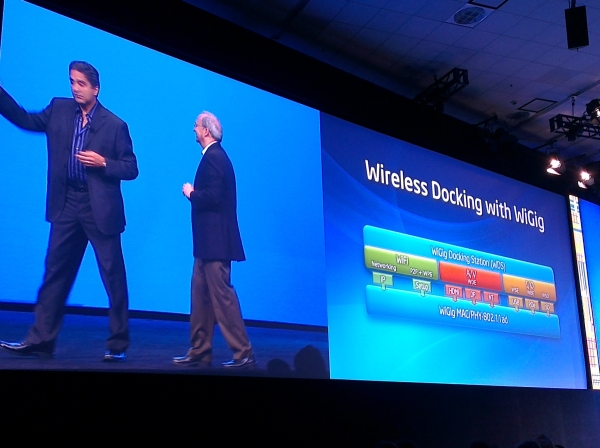 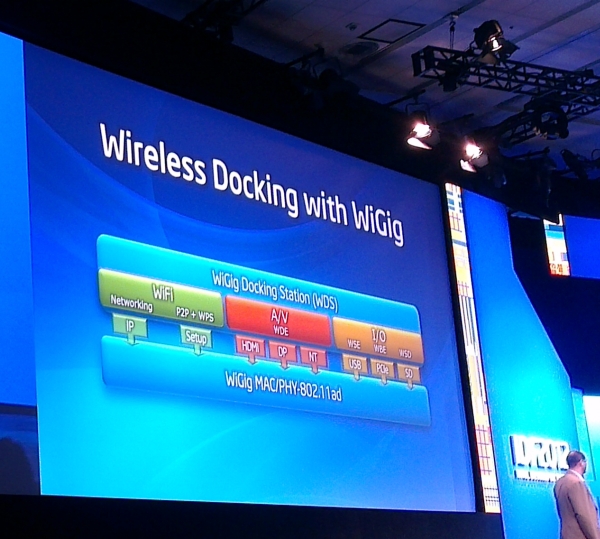 Last modified on 17 September 2012
Rate this item
(0 votes)
Tagged under
More in this category: « Huawei can work with US on 5G standards Shuttle launches new OMNINAS KD20 low-energy NAS server »
back to top