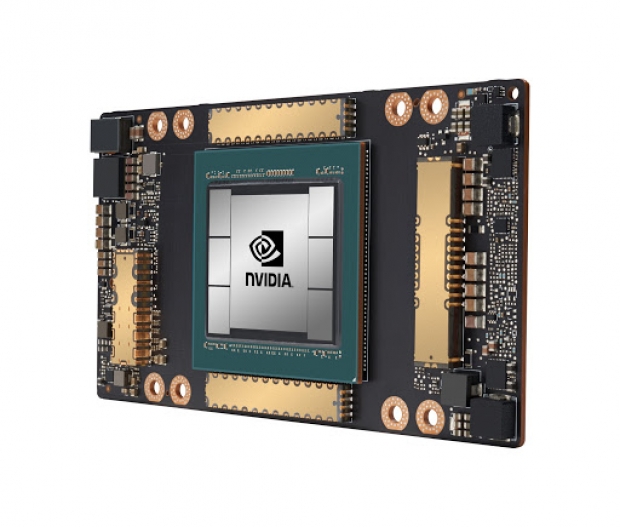 Across the company's broad portfolio of 1U, 2U, and 4U GPU servers.

Supermicro has announced that it is supporting Nvidia A100 GPUs now in s PCIe form factor across Supermicro's multi-GPU servers.

Supermicro CEO and President Charles Liang said that supporting Nvida A100s lets customers to choose the highest performing and most optimised server based on their specific applications.

"Designed to accelerate a vast range of compute-intensive applications, our new systems with PCIe Gen 4 deliver fully optimised support for the new Nvida A100 to boost performance up to 20x on some accelerated workloads."

Supermicro's 4U A+ GPU system supports up to eight Nvida A100 PCIe GPUs via direct-attach PCI-E 4.0 x16 CPU-to-GPU lanes without any PCI-E switch for the lowest latency and highest bandwidth to deliver maximum acceleration.

These systems will also be NGC-Ready, providing customers a seamless way to develop and deploy their AI workloads at scale. NGC-Ready systems are validated for functionality and performance for the AI stack from NVIDIA 's NGC registry.

With 1U, 2U, 4U, and 10U rackmount GPU systems; Utra, BigTwin, and embedded systems supporting GPUs; as well as GPU blade modules for our 8U SuperBlade, Supermicro offers the industry's widest and deepest selection of GPU systems to power applications from edge to cloud.

Last modified on 23 June 2020
Rate this item
(0 votes)
Tagged under
More in this category: « Supermicro releases high-performance X12 generation 4-socket SuperServer Nokia gets ultra-high capacity of 8.5Gbps over six kilometers »
back to top