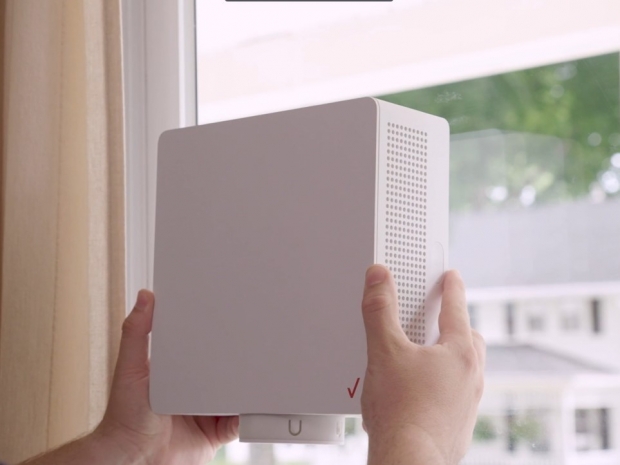 According to PCMag the new hardware, apart from having a very slick design, has a longer range from a radio standpoint so more households will be covered.

Verizon first introduced its 5G home internet service in late 2018, but expansion has been slow.

The new router, made by Wistron for Verizon, can be placed inside by a window, so there's no external install needed. A smartphone app guides you where to put the unit. The device has Wi-Fi 6 and one Ethernet port. The Ethernet port is important because Verizon's millimeter-wave system is sometimes faster than the maximum speed of Wi-Fi routers, with speeds up to 1.7Gbps. Home users will get between 300Mbps and a gigabit.

The Wistron LV55 also has 4G LTE capabilities on bands 2/5/13/66, but Verizon will only sell it in 5G-capable locations.

However there are a few issues which indicate things are not all clear yet.  Apparently if you live in a high rise or have special kinds of materials in your wall or window, and external antenna with a professional install will still be required, said PCMag.

This means things like low-E glass, a window coating that reduces the infrared and ultraviolet light inside your house which blocks millimeter-wave internet could stuff everything up.