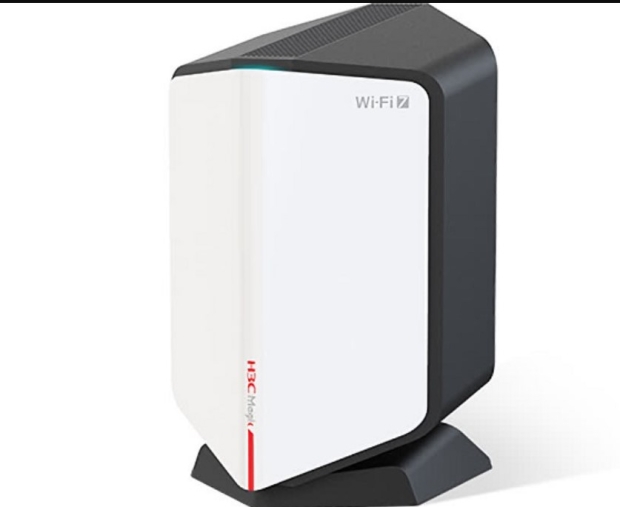 Although the standard is not final

Chinese networking equipment vendor H3C has released what it says is the first Wi-Fi 7 router on the market, even if the standard is not expected to be finalised until 2024.

The H3C Magic BE18000 uses the same 802.11be wireless protocols that are being designed for use as Wi-Fi 7. H3C said that the BE18000 can operate in the 6GHz band and offers a peak throughput of 18,443Mbps, using the newly widened 320MHz channels designed for use with Wi-Fi 7. The router is designed around the latest chipset from Qualcomm, the first designed for Wi-Fi 7, which was released in May.

Prestandard wireless equipment is far from new—access points using not-yet-released wireless standards have predated each of the official releases for several refresh cycles now. While endpoint manufacturers tend to be a bit more conservative, AP and router manufacturers are less circumspect.

It appears the company feels the major technical features of Wi-Fi 7 are sufficiently settled to release a product, despite the fact that no major endpoint vendor includes Wi-Fi 7 capability in its smartphones or laptops as of yet.

Wi-Fi 7 gets a multilink operation, which is, in essence, the ability for an access point to listen and talk. There are two variants of multilink: alternating, in which devices use one channel to receive data and another to send it; and simultaneous, in which both devices are sending and receiving on multiple channels.

The idea is to provide options for greater throughput and to address potential latency issues. Simultaneous multilink, in particular, holds great potential for avoiding the types of interference that can cause noticeable latency issues, allowing connections to change frequencies on the fly in order to cope with a loss of signal in a particular band.

Last modified on 11 July 2022
Rate this item
(1 Vote)
Tagged under
More in this category: « Sir Tim Berners-Lee skeptical about blockchain-based net Florida bloke flogged a $1 billion worth of fake Cisco gear »
back to top