AMD has announced a new line of low-power processors that are aimed for use in the Network Attached Storage and microserver scenarios, the Opteron X-Series. Previously detailed under the Kyoto codename, the new Opteron X-series features X2150 quad-core APU and the X1150 quad-core CPU, both promising much better performance and feature list set when compared to Intel's Atom offering.

According to AMD, the new Opteron X-series line will offer quite a hefty performance gain over Intel's Atom S-line CPUs, including twice the amount of cores and L2 cache as well as higher integration and support for up to 32GB of DRAM.

The new AMD Opteron X2150 is the first server APU SoC that feature both the CPU and GPU engines combined with a high-speed bus on a single die. The quad-core Jaguar-based CPU part is clocked at up to 1.9GHz and paired up with AMD Radeon HD 8000 GPU with 128 stream processors and clocked between 266 and 600MHz. The TDP for the X2150 is set at between 11 and 22W depending on the actual clock of the CPU and GPU.

The price of the AMD Opteron X2150 is set at US $99 for the 1KU batch while the X1150 is priced at US $64. AMD's new Opteron X-series lineup certainly sounds good on paper and currently offers much more than Intel can with its current generation Atom CPUs but Intel's new generation is just around the corner. AMD also noted that HP is already eyeing the new Opteron X-series for its future HP Moonshot servers. 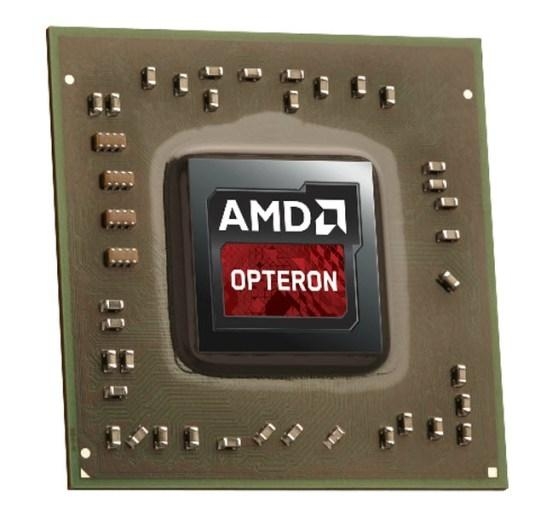 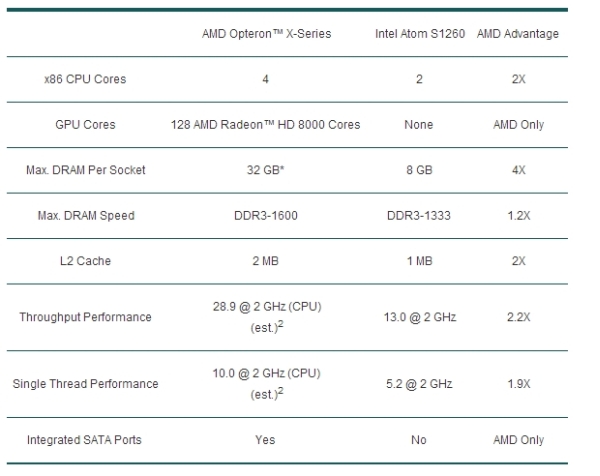 Last modified on 29 May 2013
Rate this item
(0 votes)
Tagged under
More in this category: « Desktop Richlands listed in Euroland Qualcomm aims at 2.5 to 3W TDP for phones »
back to top