Was GloFlo the Troll underneath Skybridge? 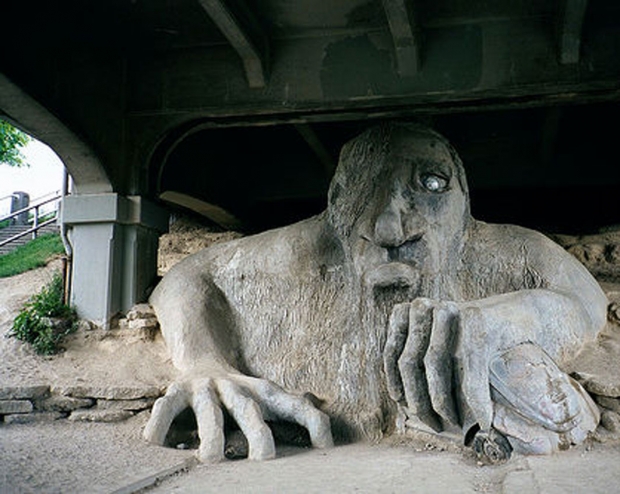 Since AMD canned its Project Skybridge two weeks ago the dark satanic rumour mill has suggested that Globalfoundaries might have had a hand in it.

The logic was that after GloFlo has agreed to work with Samsung on 20nm, it gave up on its its own 20nm roadmap and left AMD without a platform for its processor.

There were other theories, including a lack of vendor interest and the fact that AMD had delayed its first Cortex-A57 ARM CPU and follow-up custom ARM architecture there was not much reason for it to continue

Now BitsandChips  thinks that AMD was left without a vendor partner for its HSA-capable 20nm iteration of Jaguar.

Skybridge was supposed to be platform compatible with its ARM efforts and it was always seen as ambitious. HSA would come to AMD's lower-end parts, the ARM and x86 common platform would open the door to a standardized socket for all AMD hardware.

GlobalFoundries has indeed killed t its 20nm product division and fairly recently 20nm LPM was still listed as a future node that would be available for customer designs until April. GlobalFoundries original plan before tying up with Samsung was for a 20nm planar node followed by a transition to a hybrid 20/14nm process the company dubbed 14nm-XM.

AMD moved its socketed Kabini processors over to GlobalFoundries and clearly was thinking of building Skybridge at GloFlo. But once the deal with Samsung was signed, GlobalFoundries was under contractual obligation to devote most of its resources to bringing up 14nm capacity in order to serve as Samsung's second source.

Another thing which might have been a factor was that GloFlo asked AMD for cash to create the 20nm line. AMD has made it clear that was not going to happen and that also put a spanner in the works.

GlobalFoundries node cancellation could also explain why AMD paid no apparent penalty for failing to buy as many wafers as originally forecast. Normally, failing to purchase its expected quota of silicon wafers from GlobalFoundries would incur a penalty, but AMD didn't pay one in 2014.

So why was AMD so dependent on GloFlo when it could have just taken the chip design to TSMC? AMD did this with its Krishna and Wichita APUs. Some that might have been because it would have pushed back pushed introduction dates back at least a year. Skybridge would have lead to multiple designs on 20nm node which was always supposed to be short lived. The new chips would have ended up competing with Zen, which would have been a nightmare.

Rate this item
(11 votes)
Tagged under
More in this category: « Imagination squaring off with ARM MediaTek MT6755 coming to a Chinese phone near you »
back to top