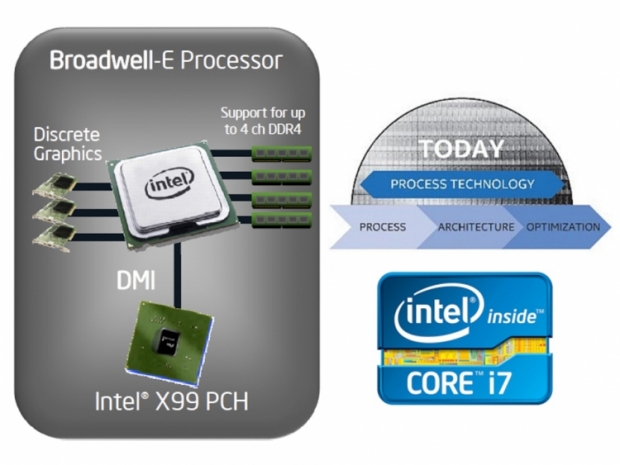 It is obvious that Intel's Broadwell-E HEDT launch is drawing near as with all the previous leaks we now have some of the first benchmarks of the flagship ten-core Core i7-6950X.

SiliconLottery user from the Overclock.net forums, which brought the first pictures and benchmarks of the octa-core Core i7-6850K, has managed to get its hands on the flagship Core i7-5960X as well, and compared it to the Haswell-E Core i7-5960X flagship CPU. Silicon Lottery is actually a store that has already placed the Core i7-6950X on pre-order with a price set at US $2,099.99.

Based on 14nm manufacturing process, the Broadwell-E Core i7-6950X CPU is a ten-core part with enabled Hyper Threading, which means that the OS will see a total of 20 threads. It works at 3.0GHz base and 3.5GHz maximum Turbo clocks, packs 25MB of L3 cache and has 40 Gen3 PCIe lanes. It supports DDR4-2400 memory and will be compatible with current Intel X99 Express chipset based motherboards, with BIOS update of course.

Performance wise, the Core i7-6950X managed to get a Cinebench R15 score of 2327 points when overclocked to 4.5GHz. When pushed to 4.0GHz, it scored 1904 points, which is around 19.5 percent higher than the Core i7-5960X at the same clocks. Bear in mind that the new Broadwell-E Core i7-6950X actually has two more cores. The Core i7-6950X also offered higher memory write speed in AIDA64 benchmarks while the memory read speed was the same.

Most motherboard manufacturers have already released their X99 motherboard BIOS updates in order to support the upcoming Broadwell-E CPUs so these benchmarks looks legit enough.

Intel is expected to launch its Broadwell-E HEDT (High-End Desktop) CPUs at Computex 2016 show which kicks off on May 31. 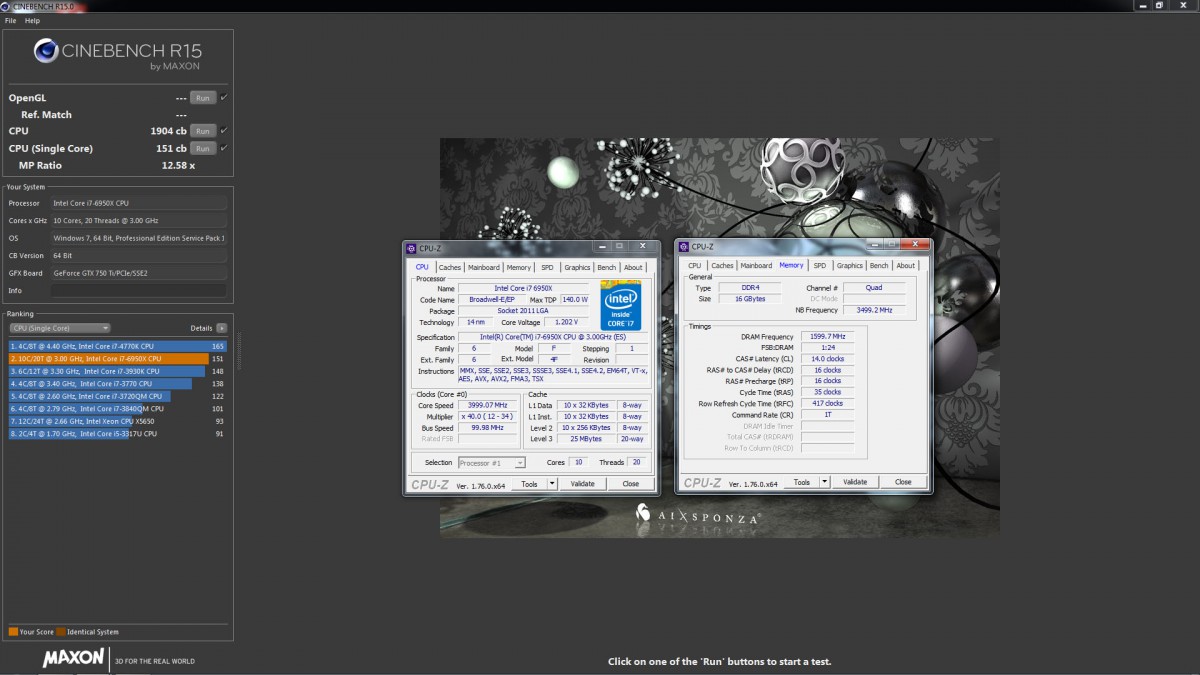 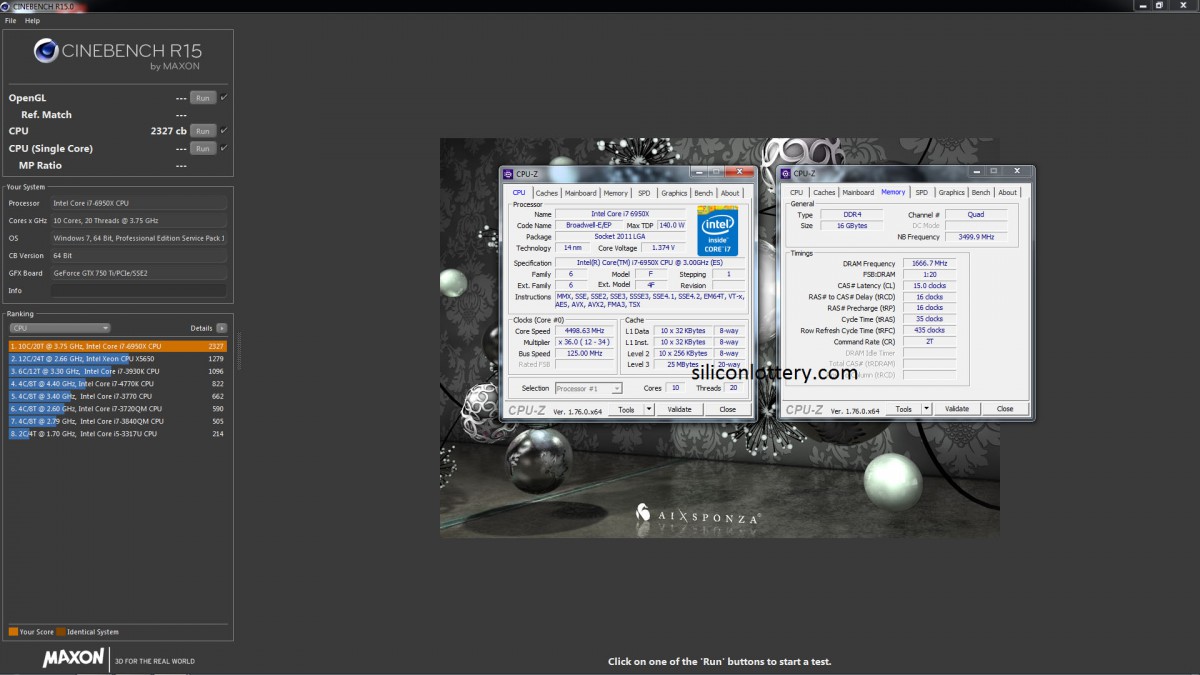 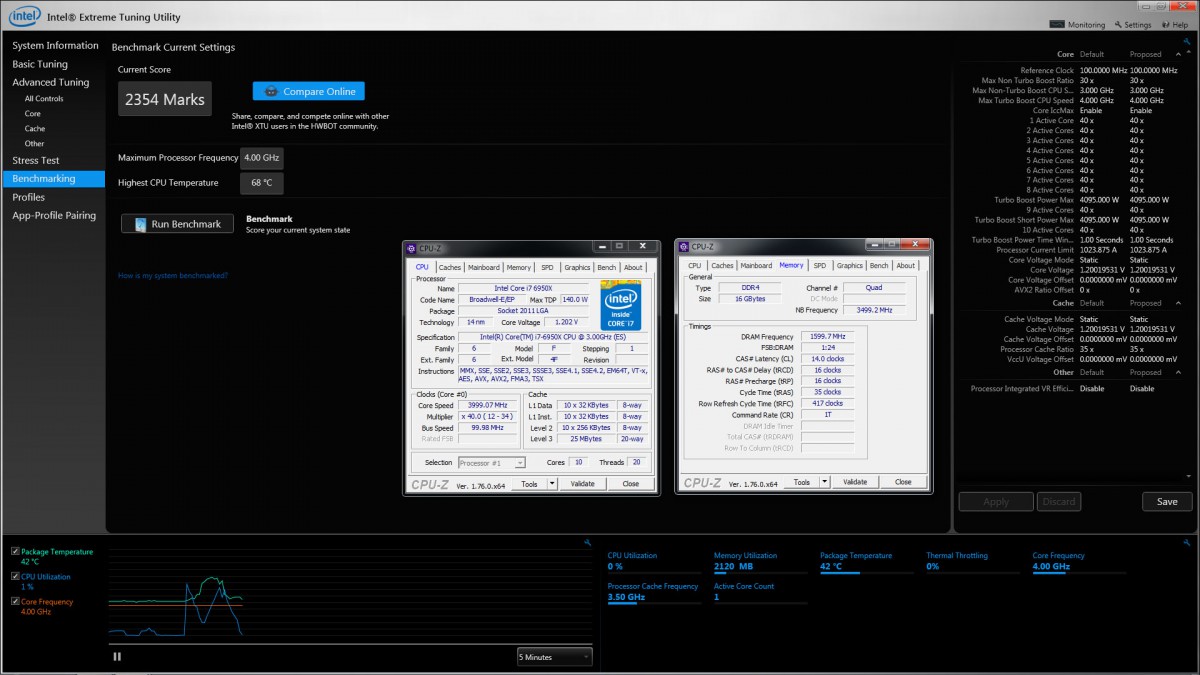 Rate this item
(5 votes)
Tagged under
More in this category: « Intel might have just killed Microsoft’s mobile dreams Debian dumps 586-class and hybrid 586/686 chips »
back to top