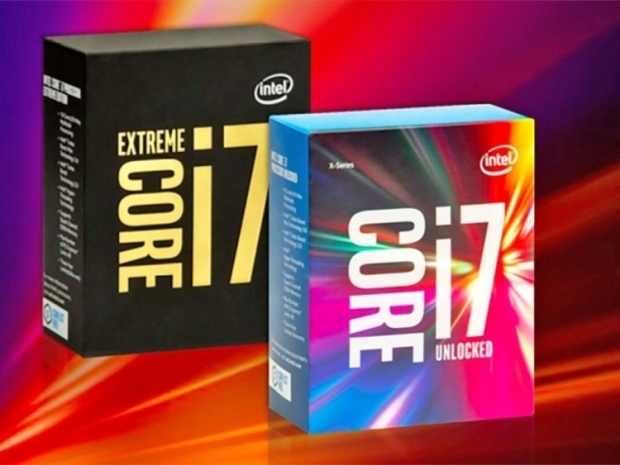 We already knew that Intel is planning to launch two CPU architectures for its new HEDT platform, the Kaby Lake-X and Skylake-X, both which will use the same X299 chipset, and today we have a few more details about the quad-core Core i7-7740K Kaby Lake-X SKU, spotted in SiSoft database.

As reported by Videocardz.com, the Core i7-7740K is a quad-core CPU, with Intel Hyper-Threading, which uses a new socket LGA2066 motherboard, based on X299 chipset. It also lacks the integrated GPU, has a 3.4GHz base and 4.5GHz Turbo clock and a 112W TDP.

The CPU was spotted in the SiSoft database, running on the yet to be released ASRock X299 Professional Gaming i7 motherboard and pushes a score similar to the Ryzen 5 1600 SKU, at least in that benchmark software.

Bear in mind that Kaby Lake-X is just the tip of the upcoming Intel HEDT iceberg which will use an X299 chipset based motherboard as Intel has plans for the Skylake-X lineup with 6-, 8- and 10-core SKUs. The Skylake-X SKUs will have more PCIe lanes as well as quad-channel memory support.

As rumored earlier, Intel's Kaby Lake-X and Skylake-X CPUs are scheduled to launch sometime in Q3 2017, but now it appears that Intel could launch the lineup even earlier, in order to counter AMD's Ryzen threat. 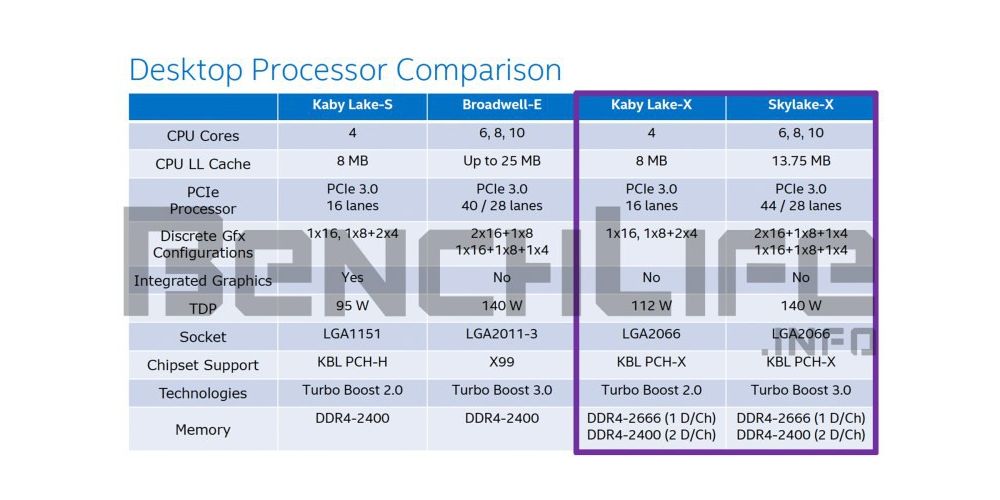 Last modified on 27 March 2017
Rate this item
(0 votes)
Tagged under
More in this category: « TSMC gears up for A11 processor Intel releases new Kaby Lake Xeons »
back to top