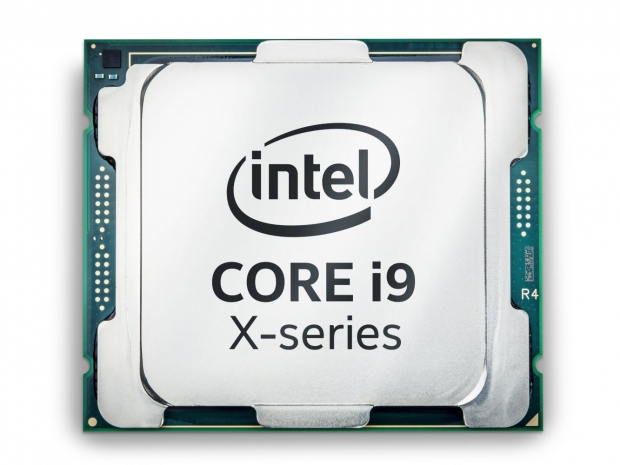 As expected, former chip giant Intel announced its four-to-twelve core Core X series and the top of the line is an 18-core processor of its "new" Core i9 series.

Gregory M. Bryant, a CCG boss whose official title at Intel is corporate vice president and general manager of the Client Computing Group, gave the world and its dog the details.

It is hard not to mention the Thread reaper, that is to sat AMD’s 16 core Zen-based desktop processor, when we mention Intel’s Core i9. It looks like AMD’s 16-core product will go against Intel’s 18-core Core i9 7980XE, at the highest end Intel even said that it wants nearly $2,000 for this part.

The Core i9 Extreme Edition processor is  first consumer desktop CPU with 18 cores and supporting 36 threads. 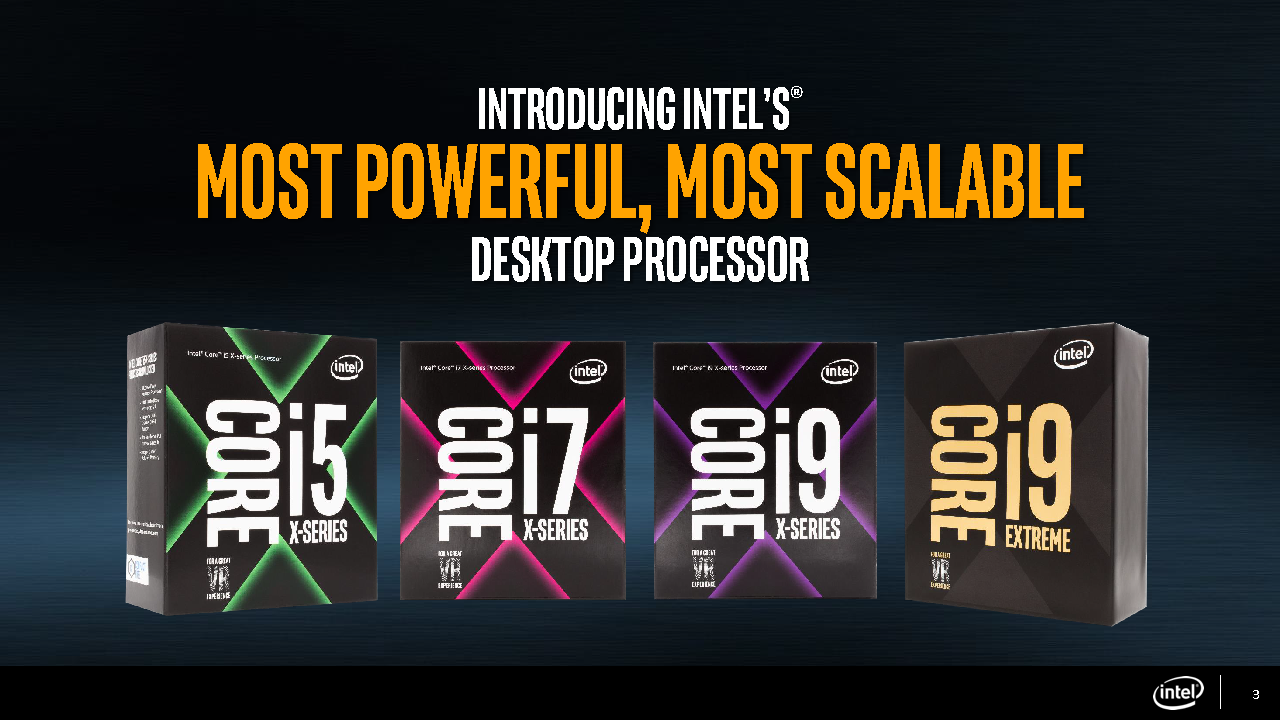 The platform comes with 44 lanes of PCIe 3.0 and support for Thunderbolt 3 technology.

Core i9 family consists of 5 different processors starting with 10 core, 12 core, 14 core, 16 core and the top of the line eighteen-core. The eighteen-core, thirty-six thread part is called Core i9 7980XE and it is using the socket 2066 and X299 chipset, and sells for $1,999. Of course, this is a server chip that was made into a consumer extreme edition platform, as apparently more is better. 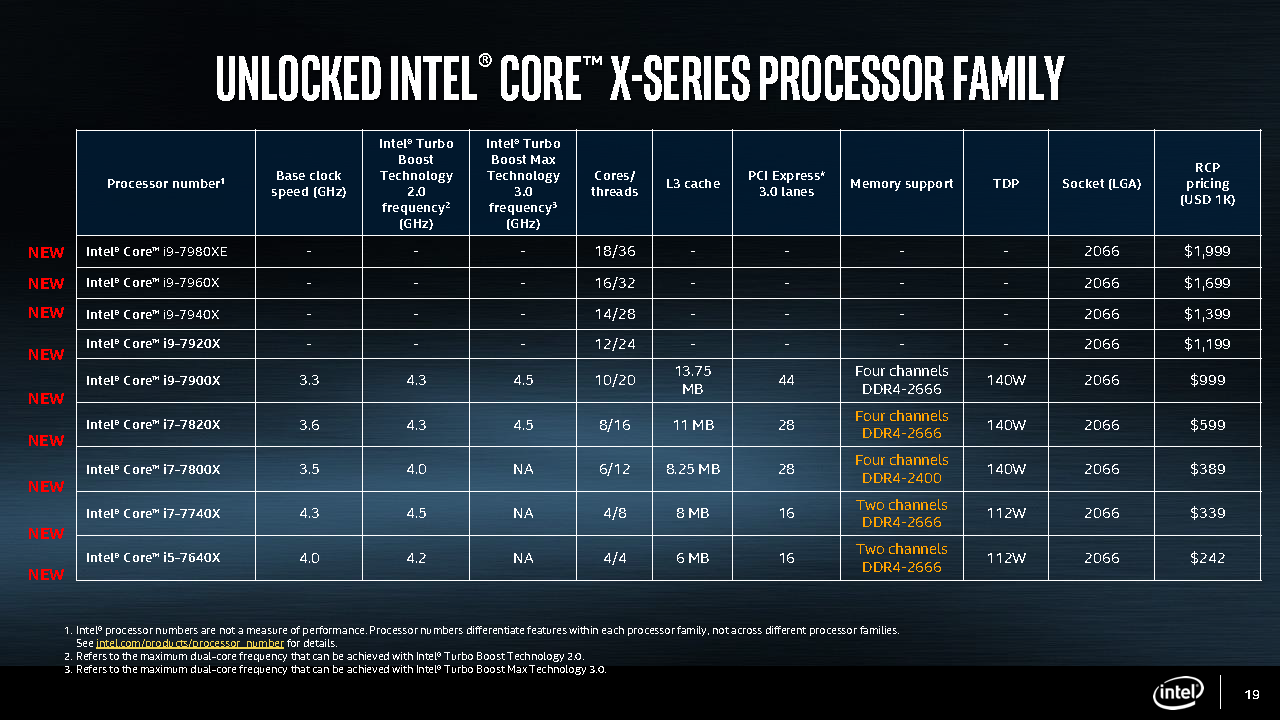 The last is the Core i9 7900X and Intel decided to even give us clock speeds, unusually. It is a 3.3 GHz base clocked ten-core with twenty threads with Turbo Boost 2.0 frequency up to 4.3 GHz. With Turbo Boost 3.0, it can even get to 4.5GHz. Intel specifies that it uses 13.75 MB cache, 44 PCIe lanes four DDR4 2666 memory channels and has the TDP of 140W. It wants you to pay nearly a thousand dollars for this little thing.

So now you have it, Core i9 will get from ten to eighteen cores and we have a clear idea that it might be challenging to prove that you or anyone on this planet need that many cores.

Last modified on 01 June 2017
Rate this item
(0 votes)
Tagged under
More in this category: « Western Digital gets allies for Toshiba chip buy AMD starts cutting prices »
back to top