TSMC revenues to grow by at least ten percent this year 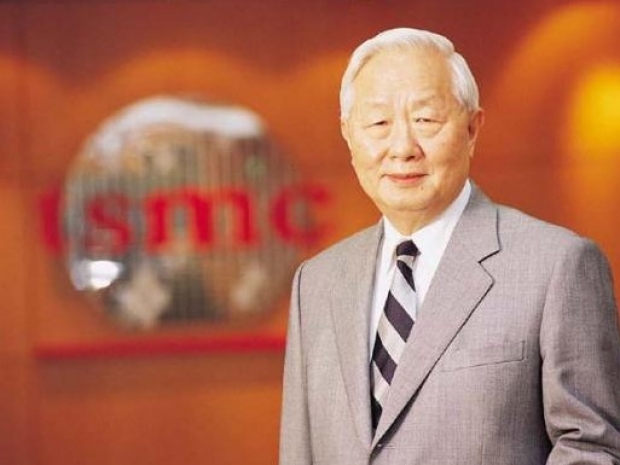 Taken all of the world’s 7nm process fabrication orders

TSMC will see its revenues grow 10-15 percent in 2018, thanks to high-performance computing, automotive electronics and IoT applications.

Company chairman Morris Chang said the company had a 100 percent market share regarding 7nm process fabrication orders in the year.

Speaking to the assembled throngs at the firm's investors conference held January 18, Chang said TSMC's revenues are estimated to soar 15 percent in the first half of 2018. He added that the revenue gain would be lower than 10 percent in the second half due to higher comparison basis of the same period in 2017, with the overall growth to be higher than that for 2017.

Chang also issued an overall annual growth projection of six to eight percent for the global semiconductor industry, with a five to seven percent growth for the memory sector and nine to10 percent increase for the wafer foundry sector.

He said AI, deep learning, and blockchains will follow the steps of mobile communication, HPC, IoT and automotive electronics to become new growth drivers for the global semiconductor industry.

Chang, who is retiring in June, is leaving his company on a high note.

The semiconductor guru also noted that of the four major growth application platforms for semiconductor players in 2018, mobile communication would stay flat, with shipments of high-end smartphones to decline and those of midrange models to grow slightly. In contrast, revenues from HPC, IoT and automotive electronics platforms will pick up significantly.

TSMC estimated its revenue ratio for mobile devices to remain unchanged at half in 2018, with the rate for HPC to soar to 25 percent, compared to 10 percent each for automotive electronics and IoT.

Another growth driver for TSMC is its 7nm process. The company has won orders from more than 50 customers for fabricating chips on the 7nm process to support smartphones, gaming consoles, processors, AI applications, bitcoin mining, and more.

This has left Samsung Electronics eating dirt in the race of 7nm volume production.

TSMC expects its 7nm volume production to kick off in the second quarter of the year before peaking in the fourth quarter, with revenue ratio for 7nm process fabrication estimated to reach 10 percent, a level recorded for 10nm in 2017. And the rate for the 10nm process is expected to rise further in 2018.

Last modified on 19 January 2018
Rate this item
(0 votes)
Tagged under
More in this category: « Qualcomm's NXP Semiconductors takeover moves on Intel's patch is garbage »
back to top