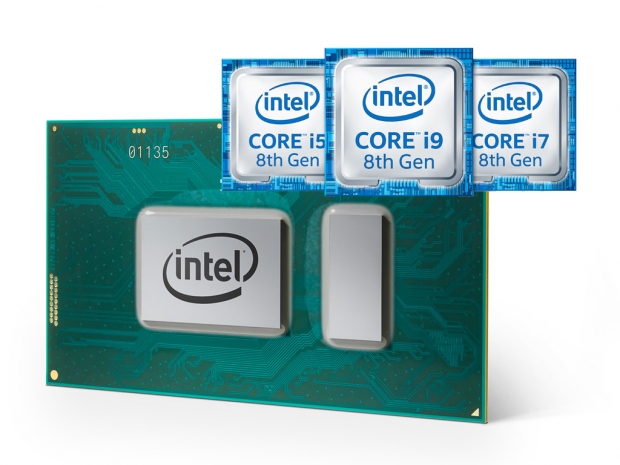 Including the Core i9 mobile CPU

At a special event in Beijing, Intel unveiled its new high-performance 8th generation mobile CPUs, including the new Core i9-8950HK and the new Xeon E-2168, both aiming at the highest-end mobile market.

In case you missed it, the entire new mobile lineup is based on 14nm++ manufacturing process and Coffee Lake architecture.

Intel also introduced the new Thermal Velocity Boost technology which, according to Intel, "opportunistically and automatically increases clock frequency by up to 200 MHz if the processor is at a temperature of 50°C or lower and turbo power budget is available". According to what we could gather from Intel's official announcement, it is currently supported only on the Core i9-8950HK and the new Xeon E-2168, so the 4.8GHz Turbo clock on these two SKUs will depend on the actual cooling capability. 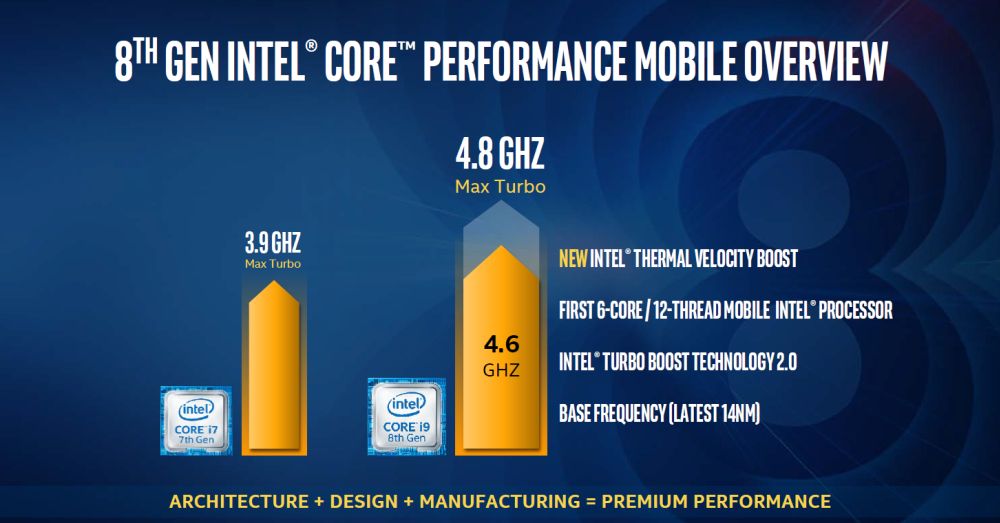 The next in line is the Xeon E-2176M, which is also a six-core part with enabled Hyper-Threading, same 12MB of cache, same 45W TDP but slightly lower 2.7GHz base and 4.4GHz Turbo clocks.

The new Intel 8th gen Core "performance mobile processors" list also includes the two new Core i7 CPU, the Core i7-8850H, and the Core i7-8750H. Both are six-core parts with enabled Hyper-Threading, 45W TDP, and 9MB of cache. The Core i7-8850H works at 2.6GHz base and 4.3GHz Turbo clocks and is "partially unlocked", although we are not sure which parts of it are locked. The Core i7-8850H also has vPro support. 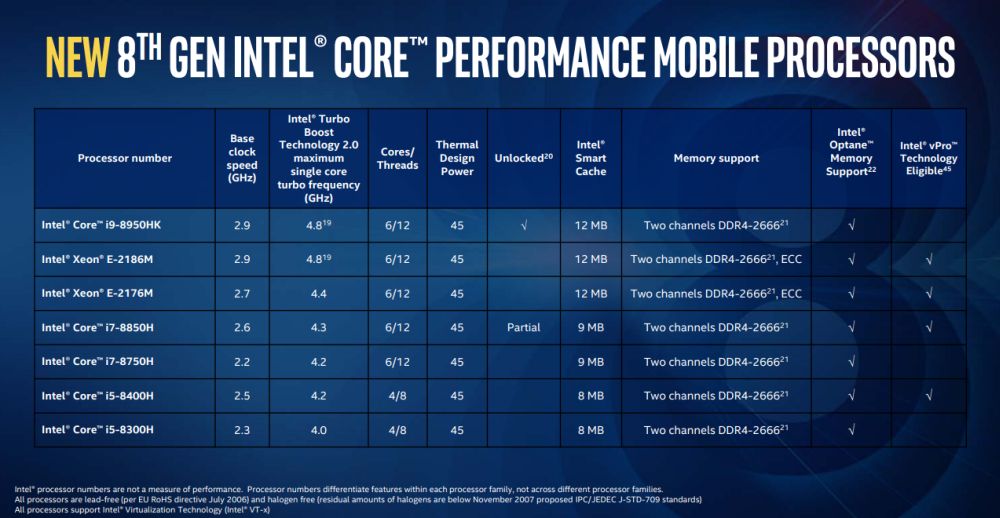 In addition to the new mobile performance segment CPUs, Intel also launched a couple of new U-series 8th gen low-power mobile SKUs, new 8th gen desktop CPUs and a new chipset to go along with them but we will cover those in separate posts.

Plenty of OEMs and system integrators have already started to announce their own notebooks with new Intel mobile chips and we expect a lot of them to be available soon.