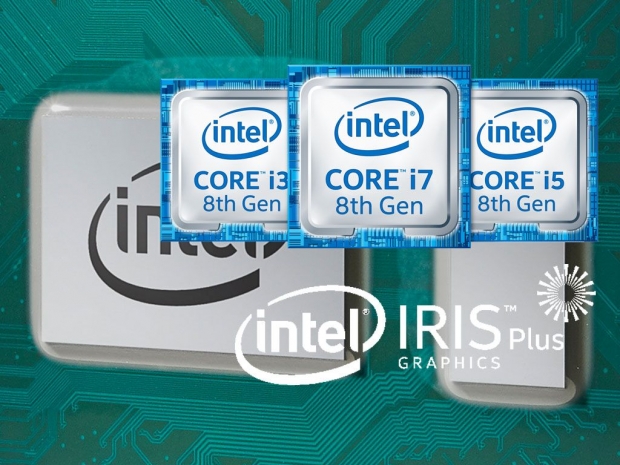 Quad-core, Iris Plus IGP, and a new chipset

There are four new SKUs, all of which come with the same 28W TDP, support for dual-channel DDR4-2400 memory, Intel Iris Plus GPU with 128MB of eDRAM and Intel Optane Memory support. The flagship offering is the Core i7-8559U, a quad-core/eight-thread CPU with 2.7GHz base and 4.5GHz Turbo Boost 2.0 clock, and 8MB of cache. 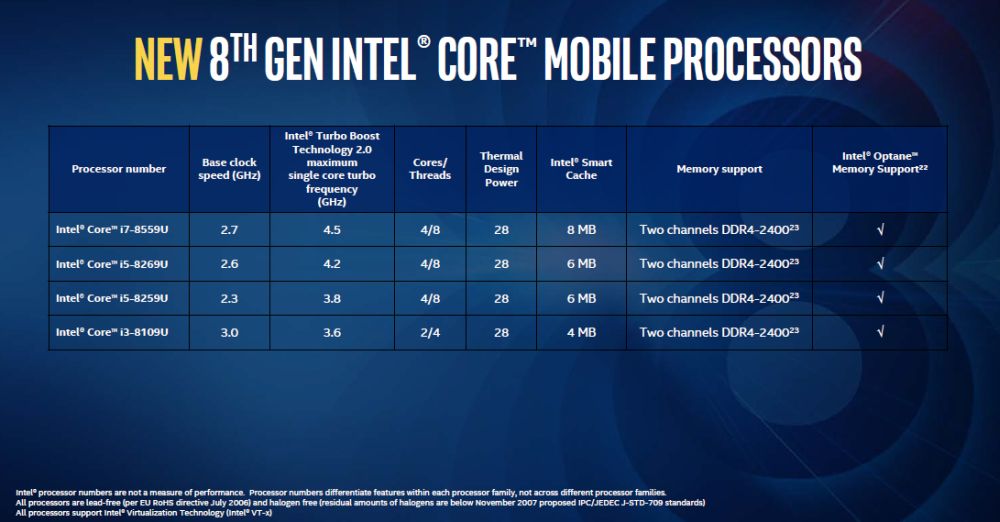 Intel also did not reveal on when we can expect notebooks using these chips but hopefully, some rather big design wins are just around the corner. 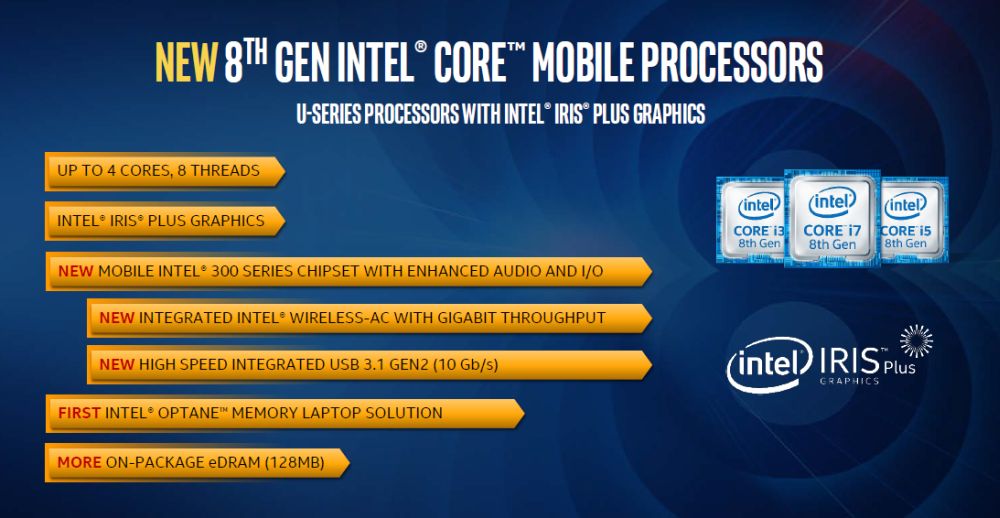