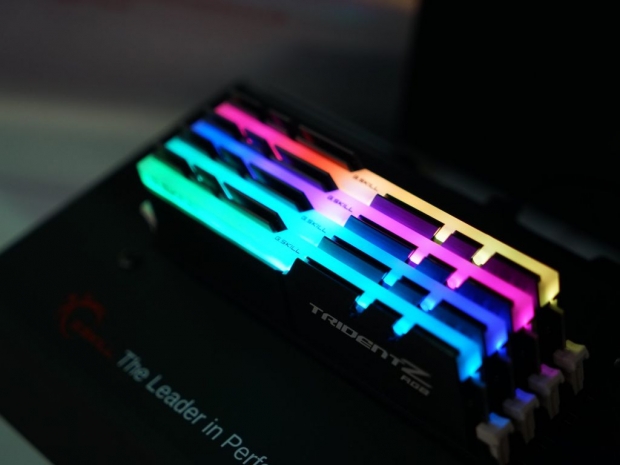 In addition to hosting the 7th Annual OC World Record Stage 2018 at the Computex 2018 show, which led to a world memory frequency record on the first day, G.Skill also unveiled a couple of extreme new DDR4 memory kits at the show floor, including the fastest 16GB DDR4-5066MHz kit and the fastest high-capacity 32GB kit running at DDR4-4600.

The star of the G.Skill's showcase was definitely the highest clocked Trident Z RGB 16GB (2x8GB) dual-channel kit running at 5066MHz. Based on Samsung's 8Gb ICs, and with latencies set at CL 21-26-26-54, the kit was happily running on MSI's Z370I Gaming Pro Carbon AC motherboard with Intel Core i7-8700K.

The second interesting kit was the 16GB DDR4-4800 dual-channel kit with tighter latencies set at CL17-17-17-37, which is the perfect combination of frequency and timing according to G.Skill.

All of these kits should be coming to retail/e-tail soon and some are already available. 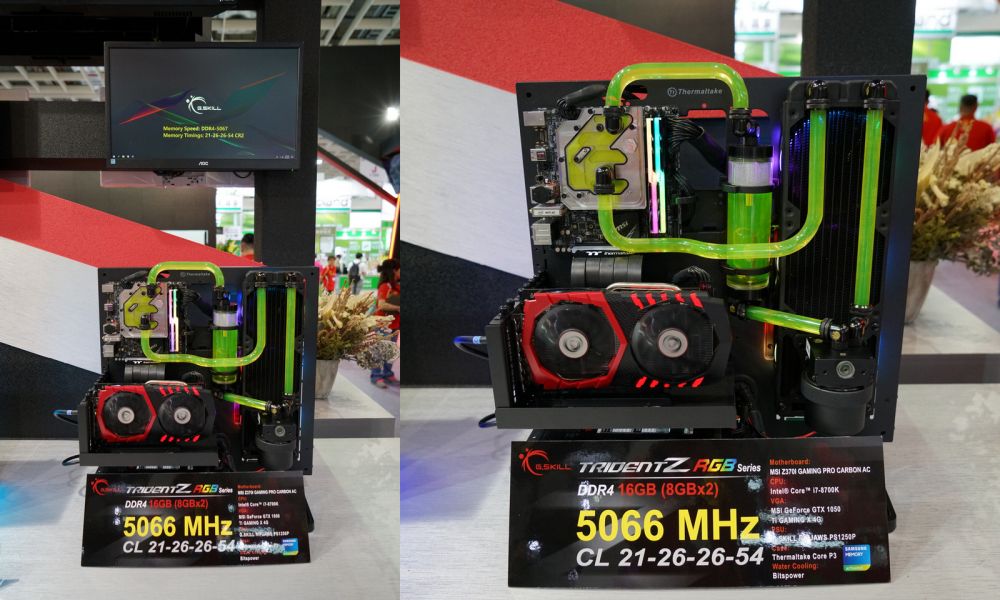 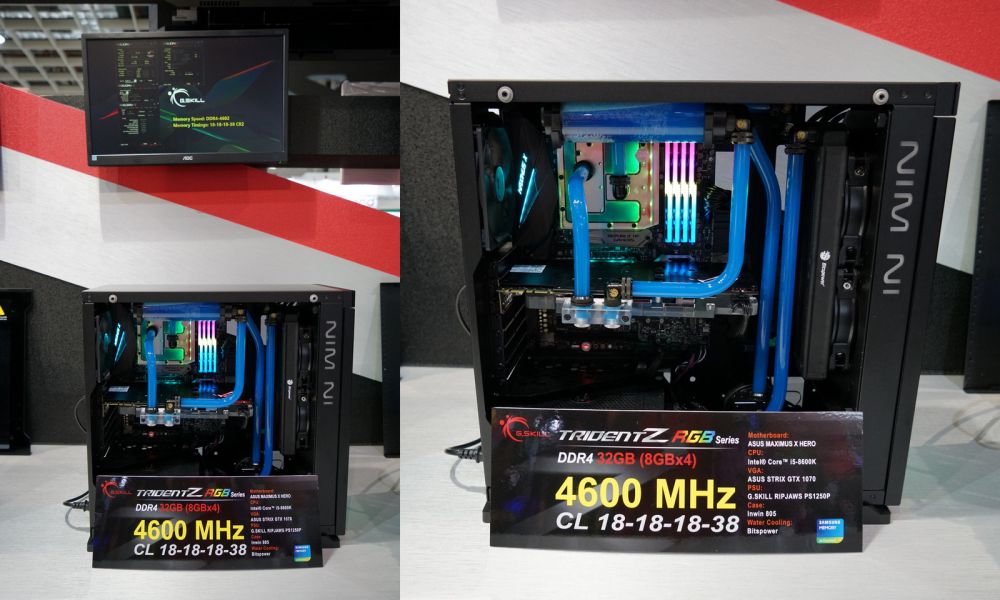 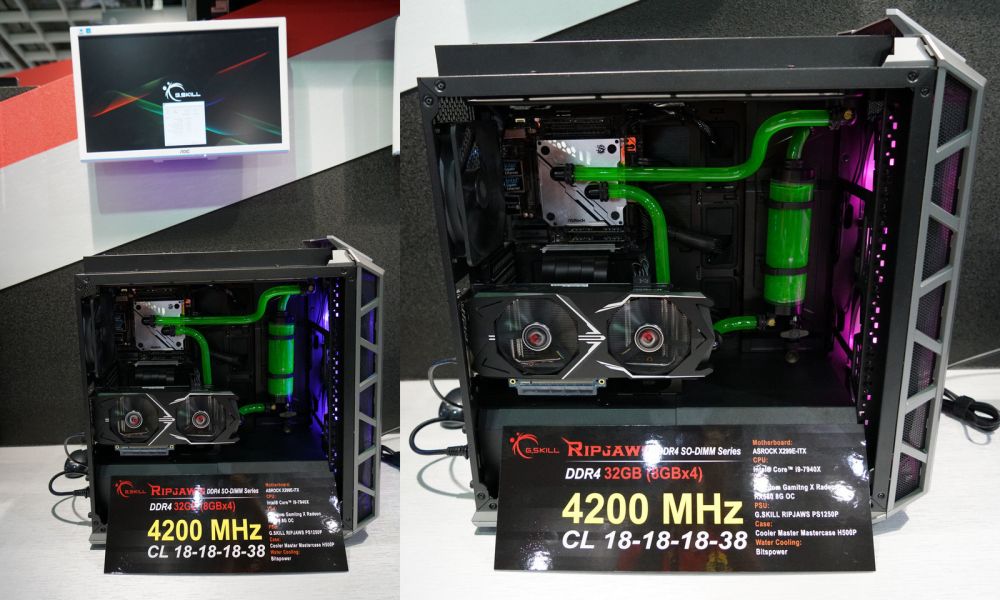 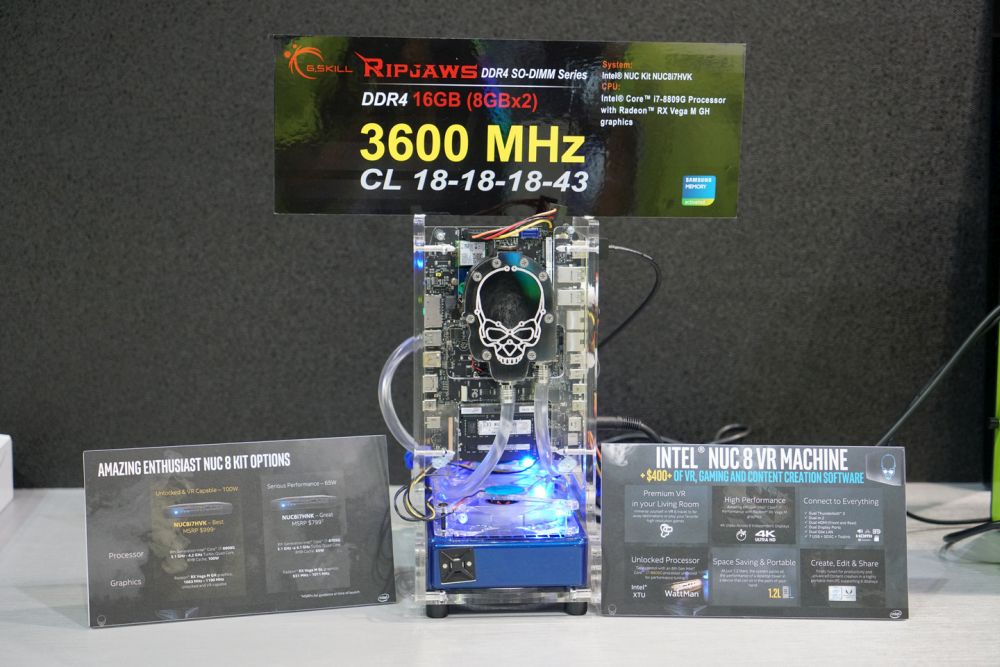 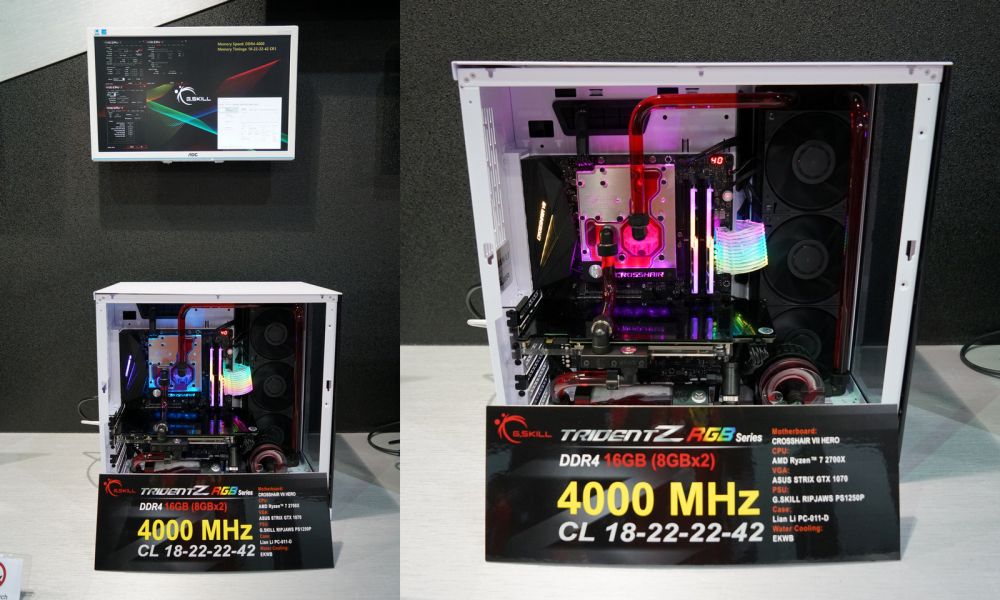