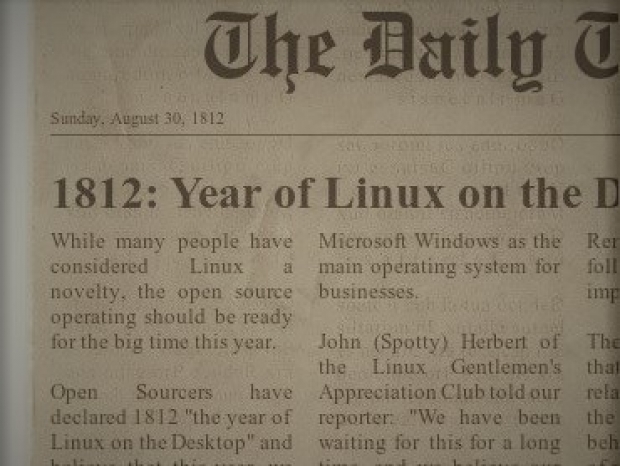 According to Tech Republic the idea could make for a higher performing experience than Windows 10.

Microsoft and Qualcomm announced a partnership to pair Windows 10 and Snapdragon ARM processors for ultra-thin LTE-connected netbooks with a 20+ hour battery life.

This Windows-on-Arm initiative has faced several stumbling blocks, with the the first-generation HP Envy x2 and Asus NovaGo slammed for poor performance and app compatibility in Windows 10.

Now, a group of programmers and device hackers are working to bring proper support for Ubuntu to ARM-powered Windows laptops, starting with first-generation Snapdragon 835 systems, like the HP Envy x2 and Asus NovaGo. The aarch64-laptops project on GitHub provides prebuilt images for the notebook PCs, as well as the Lenovo Miix 630.

Ubuntu and other Linux distributions support aarch64 (ARMv8) by default, the design and configuration of Qualcomm Snapdragon processors make these default images impractical.

At the moment,  the TouchPad does not work properly on the Asus, with all three lacking proper support for onboard storage and Wi-Fi, which rely on UFS support.

Accelerated graphics do not go, but this should be provided by the freedreno project which should be expected to be successfully integrated into a working daily driver "within a few months."

If this all pans out ARM-powered laptops on Linux might be better than on Windows, as open source apps available through Ubuntu's package repository will run natively on the Arm processor, rather than rely on an inline x86 emulator.

Last modified on 15 February 2019
Rate this item
(0 votes)
Tagged under
More in this category: « Prices on 1TB SSD fall by half Logitech revives the legendary MX518 gaming mouse »
back to top