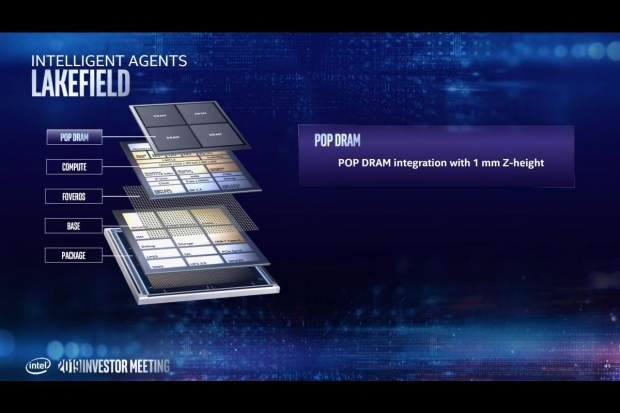 We had a chance to see the Lakefield up and running in December 2018, and it was the first time Intel showed a 10nm Hybrid CPU running a 7-Zip and taking full advantage of the AES 256 instruction. This was enough to run 75 percent faster than any other Intel Core processor.

At the recent investor meeting, the commander in chief for the client group, Gregory Bryant, SVP and general manager of Intel’s Client Computing Group, told his audience that the production of this unique product is scheduled to start by the end of the year. This timeline will put the product on shelves in the first half of 2020.

The Lakefield 10nm processor itself won't fold, but it will enable detachables and foldable designs at very low power.

Bryant mentioned that Lakefield comes with the smallest motherboards Intel ever made thanks to the advanced 3D Foveros packaging that sets a lot of technology in Z 1 mm. The Hybrid CPU is powered by the Sunny Cove, 10nm Core CPU, and Tremont Atom-based cluster of lower power consumption CPU. Lakefield also comes with a Gen 11 graphics that is finally able to hit 1 Tflops and finally get Intel integrated graphics to more comfortable casual gaming performance.

AMD hasn't had a lot of success in premium, ultra thin, detachable or any other kind of high margin and innovative PC designs and the Lakefield platform will just put even more pressure on AMD. To our knowledge, Foveros is unique to Intel and AMD and no other company has anything similar anytime soon.

Bryant showed the Lakefield motherboard that looked just slightly wider than a smartphone PCB. This will enable innovation and new devices, and Bryan mentioned that dual screen and foldable devices are possible with this design. 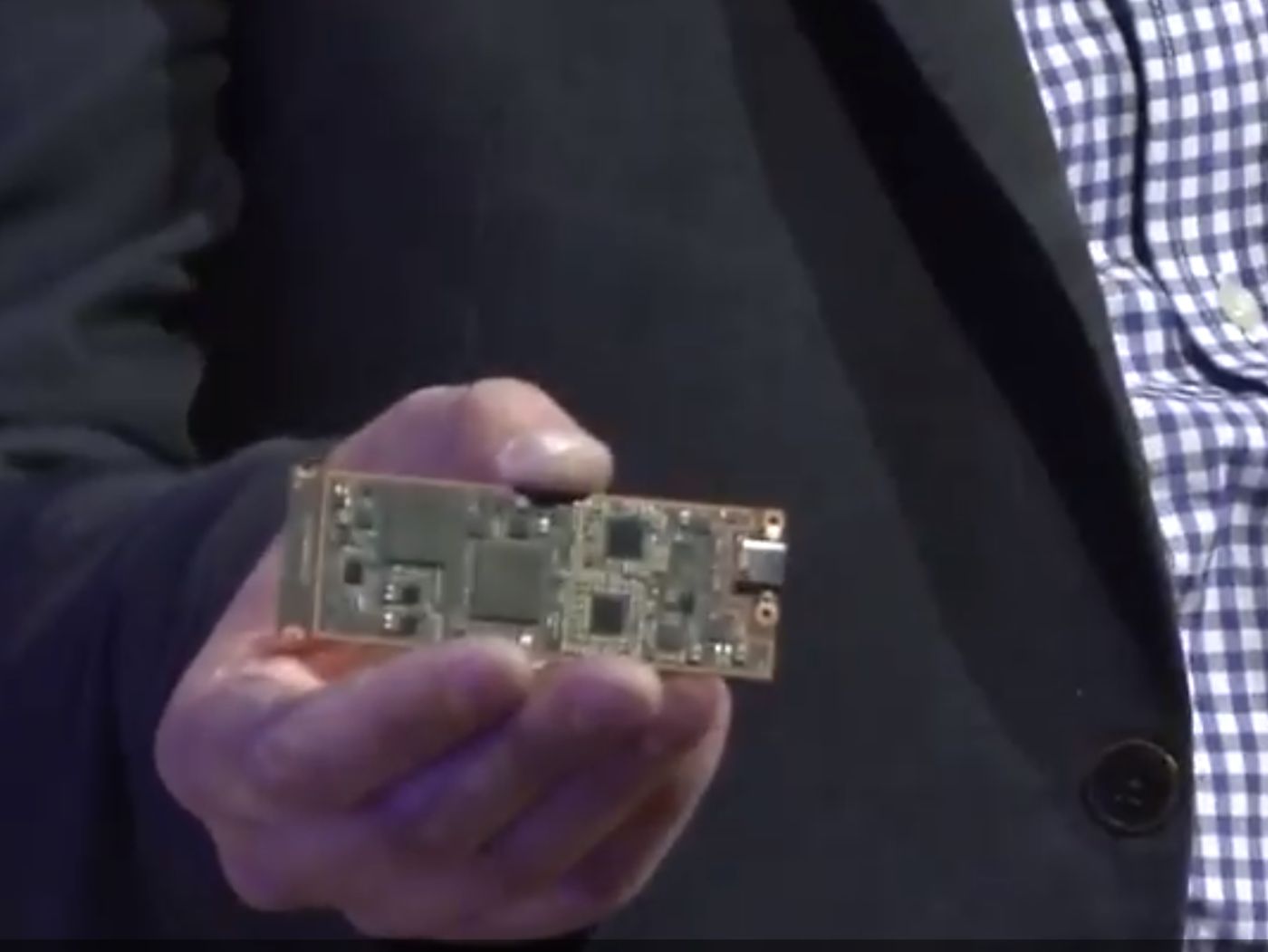 It already looks like late 2019 will be the year where foldable smartphones make their entrance, but foldable PCs, detachables or dual screen notebooks based on Intel can be expected in 1H 2020.

What Bryant showed at the 2019 investor meeting is an entire PC like motherboard that will enable a PC that fits in your pocket and folds out. Microsoft should be in sync offering an OS that can enable continuity of apps, especially on foldables, as from where we stand it is unlikely that customers want foldable Chrome.

Rebirth of a modern foldable PC

Lakefield will enable a PC that fits in your pocket, has great battery life, especially connected stand by and will encourage consumers to want to get them. Galaxy Fold or Mate X are very cool phones, but Android is not a great productivity OS while Windows is.

As long as Microsoft does a decent job on making its OS works well on small and later on unfolded detachable screen, Intel has a real chance of grabbing the market. Intel has Qualcomm’s 8CX as a competitor in this area, but Intel still holds 90ish percent of the notebook market without any signs of giving a significant piece up. 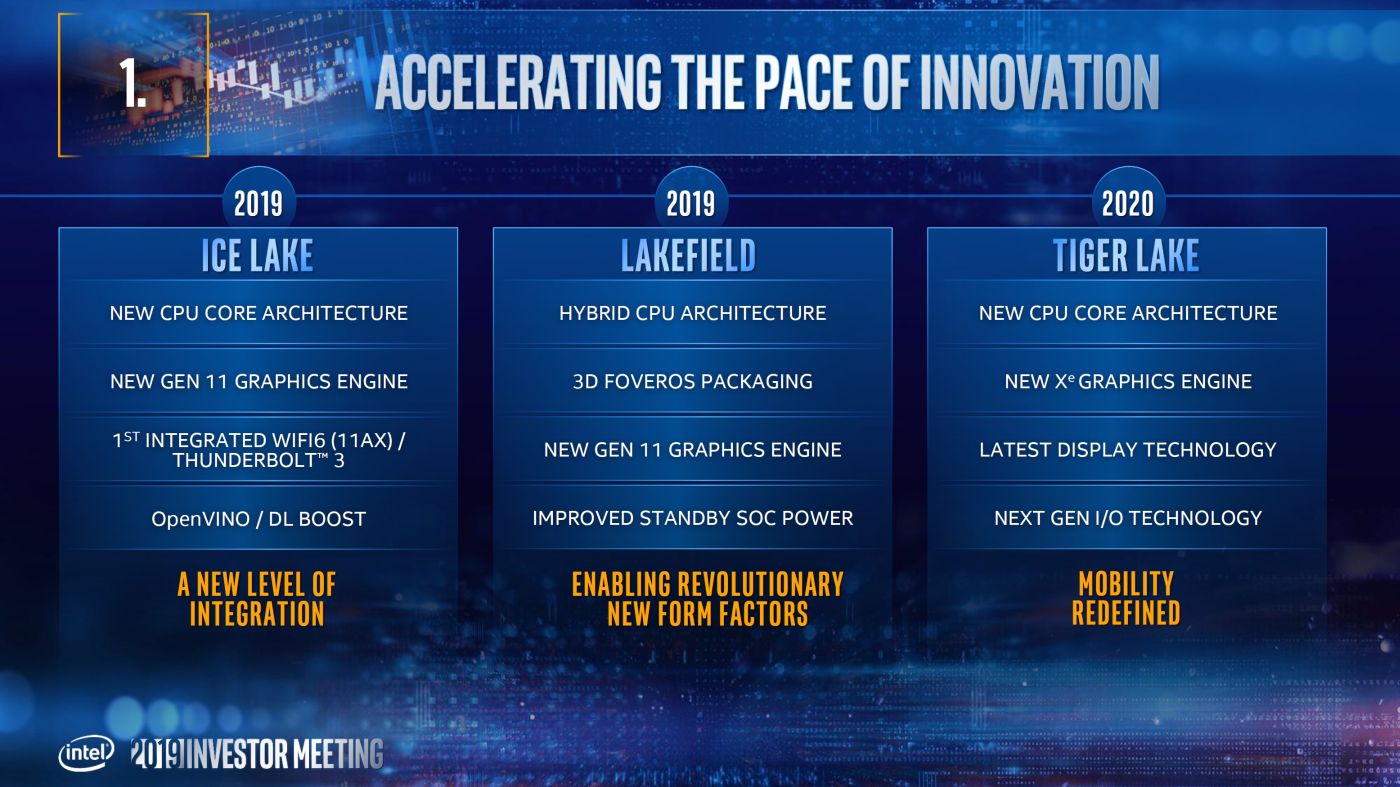 Tiger Lake, a successor to Lakefield, is expected in 2020 and it will include a new CPU Core architecture again at 10 as well as a new Xe graphics engine that is set to put more pressure on Nvidia and AMD and its notebook GPUs.