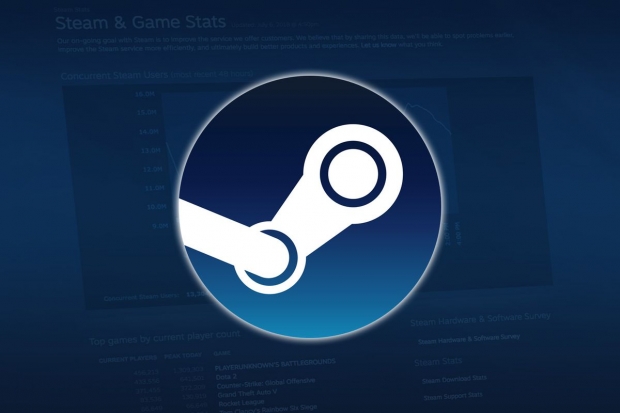 AMD says that Steam's Steam Hardware Survey is miscounting processor data which has a bug which favours Chipzilla gear.

ExtremeTech was chatting to AMD's Scott Herkelman who said he was rather cross with AMD SHS processor stats. Apparently a bug was introduced to SHS processor brand counting in an August 2017 update. The bug, which still exists, over-counts Intel processors by counting "each individual login at an internet cafe as another instance of that computer’s system configuration".

The Chinese internet cafe market is so big that they get custom designed graphics cards to address their particular spec requirements. These internet cafes predominantly spec Intel processors, and with the login = new computer misreporting this skews the figures heavily. The latest figures say there are 146,000 internet cafes in China with 20 million daily users.

AMD's Herkelman said that Valve knows of its CPU miscounting issue but does not seem  very concerned about it. The reason being is that the purpose of their data is not for market share, just the general trends to game developers." he moaned. He showed this graphic to prove it 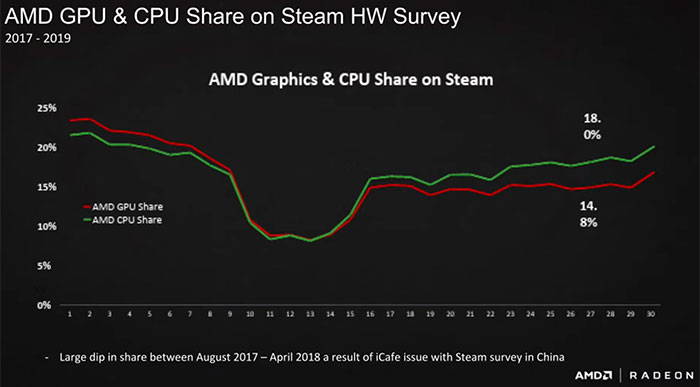 Last modified on 26 July 2019
Rate this item
(0 votes)
Tagged under
More in this category: « DRAM average sales price to fall 42.1 per cent Trump says Mac Pro will suffer from tariffs »
back to top