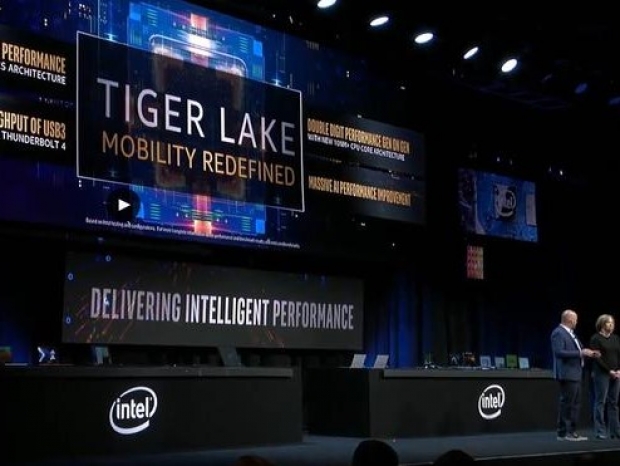 Next GPU, code-named DG1 gets a public airing

CES in Las Vegas has Intel talking about its next-generation chips due in 2020: Tiger Lake and how its GPU, code-named DG1 apparently works.

Chipzilla made several announcements about its new Core i9-based modular NUC, “Ghost Canyon,” how its 10th-gen Comet Lake chips will run above 5GHz and how its upcoming Tiger Lake CPUs will have improved AI performance.

Intel's Chris Walker made a surprise entrance with another concept: “Horseshoe Bend”, a full 17-inch foldable PC. Like the Lenovo ThinkPad X1 Fold, Horseshoe Bend can be a single-screen display or tablet, or a dual-screen device, and it's a lot bigger than Lenovo's offering.

Bryant pledged 5G support for PCs, with a partnership with Mediatek, with samples available in the third quarter of 2020. Originally, Intel had claimed that the partnership wouldn't yield fruit until 2021.

Bryant then switched gears to the silicon inside the devices themselves, with an emphasis on AI.

It is still unclear if Tiger Lake will be a 10th- or 11th-gen part. Intel’s 10th-gen parts have been split between Comet Lake and Ice Lake, but the next codeword to pay attention to is Tiger Lake.

That chip is supposed to be 10nm and is “coming soon” to laptops, according to a promotional video Intel played.

Bryant appeared to claim that Tiger Lake would offer a “double-digit” performance increase over the prior generation. Lisa Pearce, vice president of Intel architecture, graphics and software, who joined Bryant onstage, claimed there would be a “huge leap” in graphics performance, presumably due to the inclusion of Xe graphics cores.

Intel unveiled DG1, its first discrete GPU for consumers, at its press conference January 6 at CES in Las Vegas. The first implementation may be just a prototype and Chipzilla offered no details. However, Intel did allow pictures of the chip to be taken. 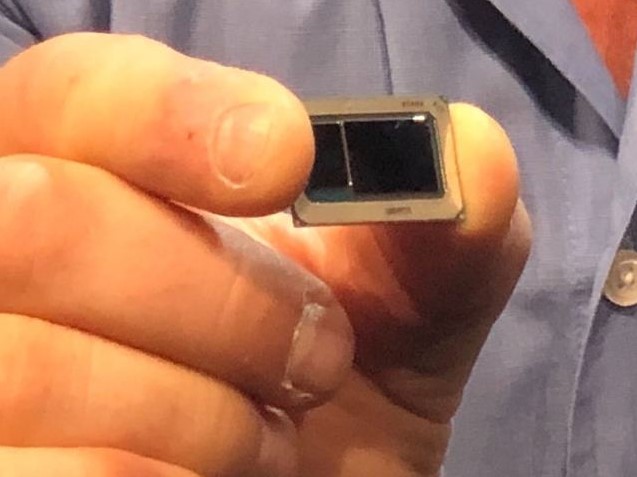 Last modified on 07 January 2020
Rate this item
(2 votes)
Tagged under
More in this category: « MIT tells you how fast your code will run on different chips AMD announces 3rd gen Ryzen 4000 mobile processors »
back to top