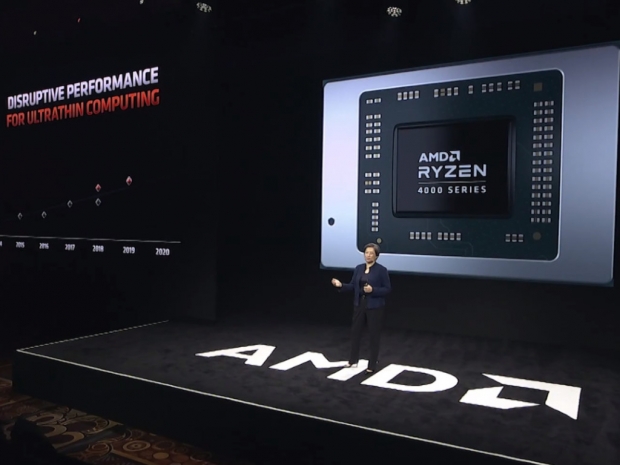 To give it a better perspective on improvements, AMD's CEO, Dr. Lisa Su, started with a 2x performance-per-watt gain number, explaining that around 30 percent comes from IPC and design improvements, and the rest from 7nm process gains.

Compared to the 2nd gen Ryzen 3000 series mobile processors, the new generation will no only include 2x performance-per-watt improvements but also get LPDDR4x memory support, up to 5x power state entry/exit latency, and up to 20 percent lower SOC power. 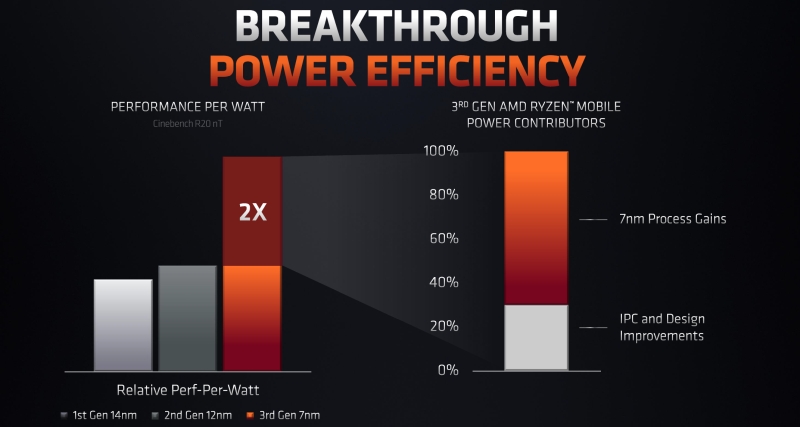 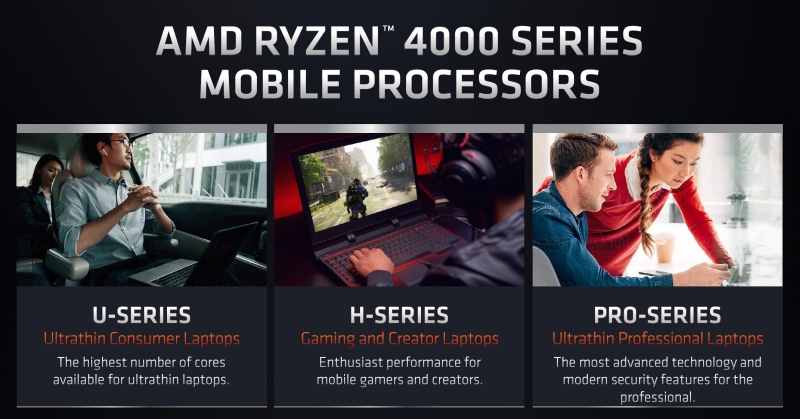 The biggest launch is expected in the ultrathin consumer laptop with AMD announcing a total of five Ryzen 4000 U-series SKUs, including the 8-core/16-thread Ryzen 7 4800U flagship. Impressively, the entire Ryzen 4000 U-series hits nominal 15W TDP, with OEM configurable TDP between 12W and 25W. 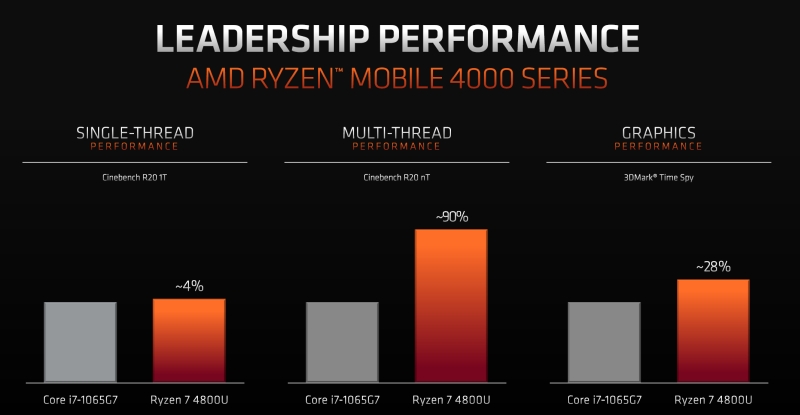 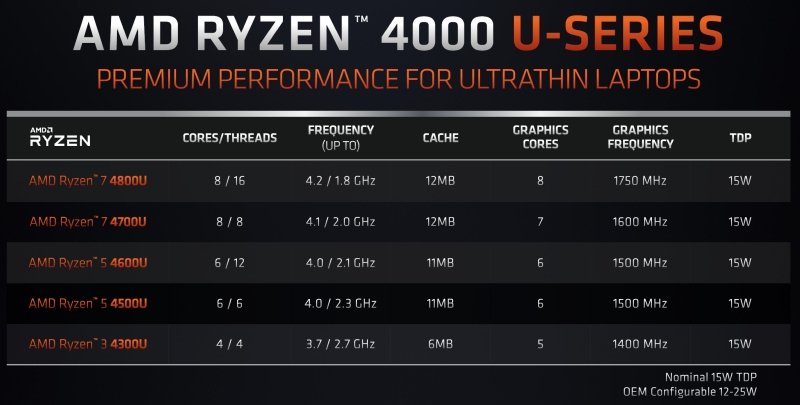 The H-series goes after the gaming laptop market

Alienware/Dell veteran, Frank Azor, who is now the Chief Gaming Architect at AMD, joined the stage at CES 2020 keynote to talk about the gaming side of AMD's new mobile processors, and the 3rd gen Ryzen 4000 H-series SKUs is all about gaming. 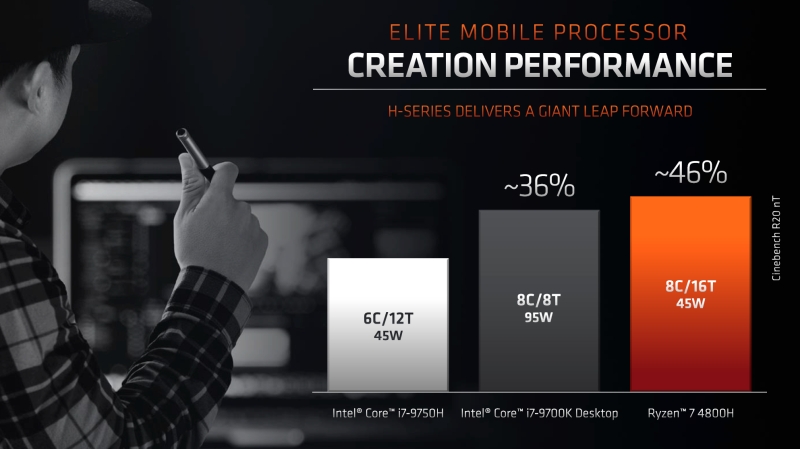 Probably the biggest win in the whole 3rd gen Ryzen 4000 mobile processors announcement is that AMD claims it will have the first laptops on shelves in Q1 2020 and over 100+ systems coming in 2020, which will put a lot of pressure on Intel in that lucrative market segment. 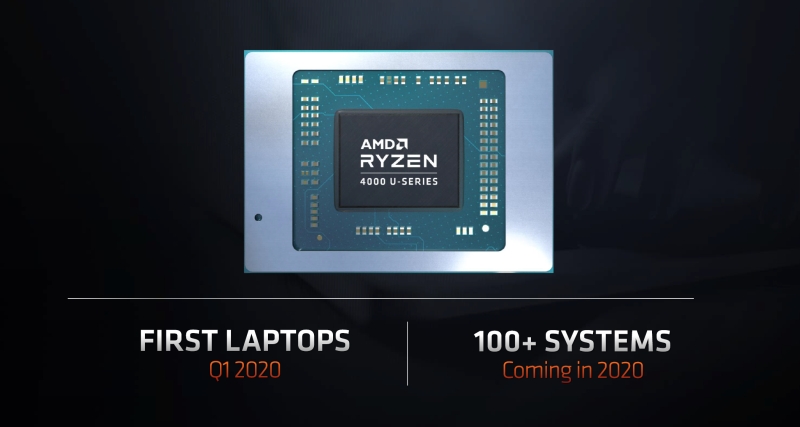 Some of these design wins for AMD have already been announced at CES 2020, including the Lenovo Yoga Slim 7, a 14-incher with Ryzen 7 4800U, and the Asus ROG Zephyrus G14, 14-inch gaming laptop with Ryzen 4000 H-series CPUs. 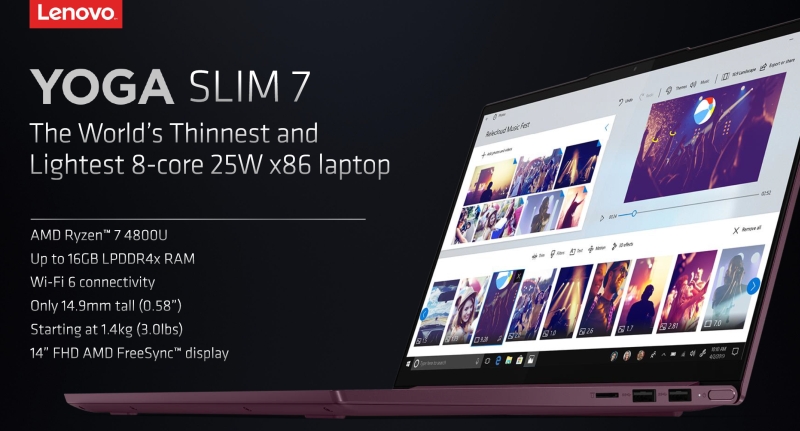 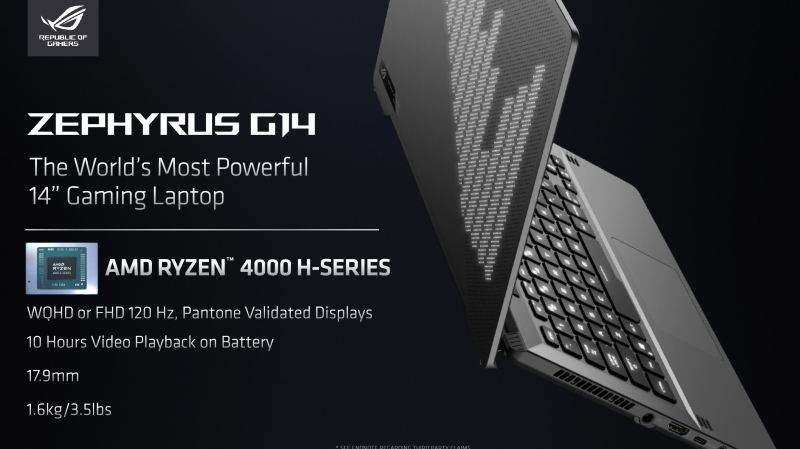 AMD hopes it will get these to retail/e-tail shelves as fast as possible as those same shelves are now filled with Intel-based laptops.

Last modified on 08 January 2020
Rate this item
(3 votes)
Tagged under
More in this category: « Tiger Lake is the next Intel chip you need to worry about Intel shows Ghost Canyon modular NUC at CES 2020 »
back to top