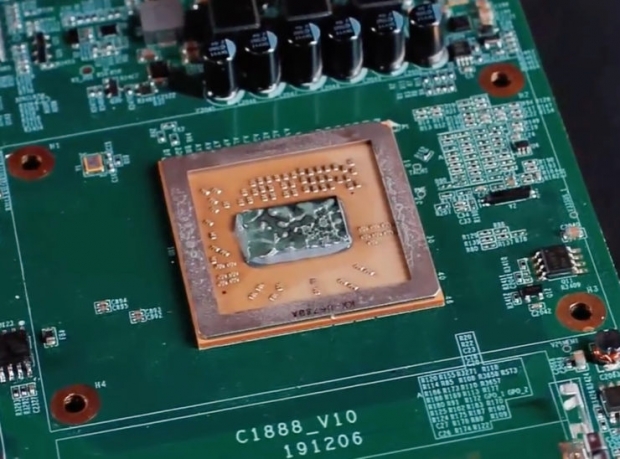 Eight core is right out of order

Zhaoxin, a fabless chip maker based in Shanghai, has produced a homegrown x86 CPU line that's apparently ready for the DIY scene.

The Zhaoxin KaiXian KX-6000 series of processors was originally shown off in 2018, but has not appeared on our radar since.

Now it seems that the KX-U6780A will come to market this quarter, as listed on Chinese retail site Taobao with a March release date. For those who came in late, Zhaoxin is a joint venture between VIA Technologies and the Shanghai Municipal Government. Its CPU designs have origins in Centaur Technology, a company acquired by VIA in 1999. The VIA Nano Isaiah core design, built by Centaur, would serve as the architecture for Zhaoxin's first CPUs.

The Isaiah design was Centaur's first superscalar CPU capable of out-of-order execution. This is what seemed to pave the way for Zhaoxin's in-house designed LuJiaZui cores, as they too are built around a superscalar, out of order architecture.

LuJiaZui seems to be based on the Wudaokou architecture, but also supports modern instruction set extensions such as AVX and SSE4.2, which is important for China as it tries to set up a domestic CPU which frees itself from US designs. .

The KaiXian KX-U6880A appears to be the series flagship, with the slightly lower clocked KX-U6780A slotting in just beneath it. All KX-6000 series chips are based on the LuJiaZui architecture, boasting eight cores and eight threads.

Last modified on 04 February 2020
Rate this item
(0 votes)
Tagged under
More in this category: « Ryzen Threadripper 3990X beats Intel by 18 per cent BIOSTAR releases 11 new motherboards »
back to top