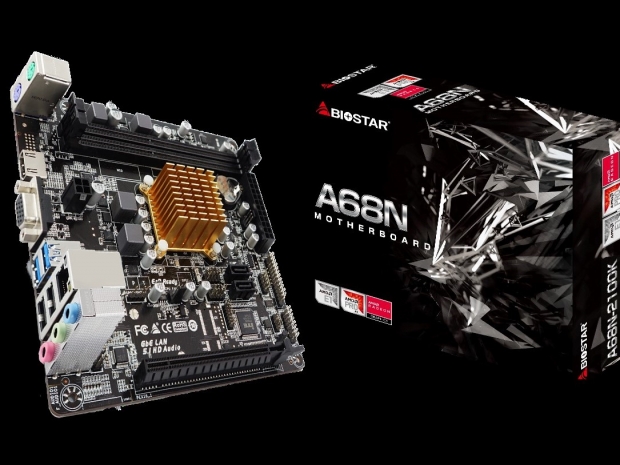 Biostar has announced its A68N-2100K SoC motherboard that comes with an in-built AMD E1-6010 Processor.

It is equipped with 2 DIMMs of cost-efficient DDR3 Memory that offers better bandwidth at a lower operating voltage, HDMI 4K2K port, SATA III 6Gbps port that provides higher bandwidth, super-speed data transfer rates which is twice as fast as the SATA 3G, and USB 3.2 Gen 1 USB that delivers compelling performance boost with speeds up to 5Gbps built to be backwards compatible with all existing USB devices making the

A68N-2100K motherboard an ideal choice for people who like to watch TV shows and movies online such as YouTube or Netflix or listen to music and play some games.

One of the best advantages of the A68N-2100K SoC motherboard is its fanless cooling system which provides ample a cooling for its powerful Beema Core AMD processor making way for a sleek, silent PC build that is less of a dust magnet adding up to its longevity and makes it more useful for those on a budget.

Speaking of which, there is no mention of price on the press release and it does not appear to have shown up on the usual sites.

Last modified on 19 March 2020
Rate this item
(0 votes)
Tagged under
More in this category: « Ryzen 4000 mobile turning up in product listings DFI puts Ryzen Embedded R1000 Zen CPU on GHF51 board »
back to top