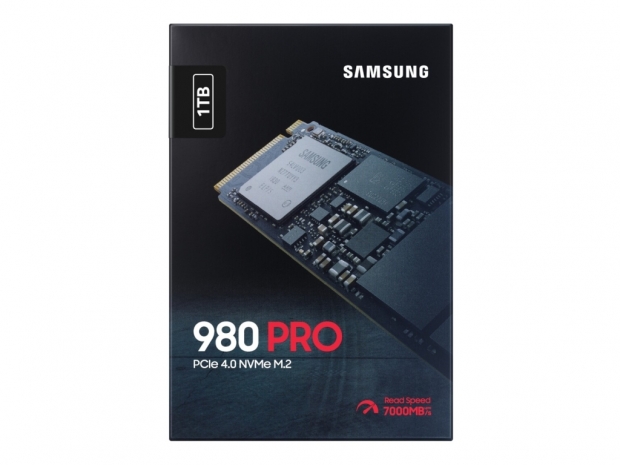 Samsung's upcoming 980 Pro NVMe SSD has been briefly spotted online revealing all the key specifications, including impressive sequential performance but a rather low endurance rating.

According to a product page that was removed, the Samsung 980 Pro will be available in 250GB, 500GB, and 1TB capacities, and use PCIe 4.0 x4 interface. It is based on the M.2 2280 form-factor and uses Samsung's Elpis controller with 3D TLC NAND and SLC write caching. The choice of TLC NAND is a rather big surprise and not something we expected on Samsung's Pro lineup.

Although we do not have details for each of the SKUs, and these can't be considered as final since there is no longer an official specification page, the 1TB version will offer rather impressive sequential performance, at 7000MB/s for read and 5000MB/s for write. The random 4K performance is set at up to 1M IOPS for both read and write.

Unfortunately, due to the use of TLC NAND, the endurance rating is halved compared to the 970 Pro, and hits 600TBW for the 1TB version, which is in line with 970 EVO Plus, rather than the 970 Pro 1TB, which peaks at 1200 TBW. The warranty is still set at five years which is not a big surprise.

Hopefully, going for the TLC NAND will also mean that the 980 Pro lineup will be significantly cheaper than the 970 Pro, but we have to wait for the official announcement when we will get the price and the availability date.